Home » Celebrities » Let’s Hear It for Your Hometown Shortcomings!

Let’s Hear It for Your Hometown Shortcomings! 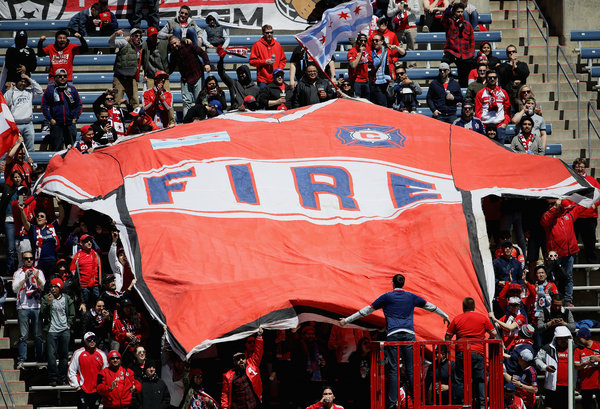 When a group in Minneapolis-St. Paul started an ultimate Frisbee team, it could have chosen a nickname to honor the two cities, like the Twins. Or something about the region’s heritage, like the Vikings. Or a celebration of the great outdoors, like the Timberwolves or the Wild.

Instead, the Minnesota team in the American Ultimate Disc League is called the Wind Chill.

It’s a curious thing that some professional teams choose nicknames not from their city’s best features, but instead, arguably, from their worst. It doesn’t seem like the wind chill, which regularly dips deep into negative territory in Minneapolis, would be a local selling point.

Ben Feldman, a team co-owner, had an explanation: “In Minnesota, we experience some of the most brutal wind chill temperatures in the winter months, and we want our opponents to feel that very same pain when they step onto the field to play against us.”

Fair enough. But what about the New York affiliate of Premier Ultimate League? With so many great things to choose from in the city, the team picked … the New York Gridlock. Perhaps the logic is wanting opponents to feel pain similar to being stuck in stop-start rush-hour traffic.

Surely these teams could have done something nice for their tourism boards by trying to sugarcoat their nicknames? But it’s the Miami Heat of the N.B.A., not the Miami Sunshine or the Miami Delightful Beach Weather.

And then there are the teams named after potentially deadly natural disasters endemic to their regions. The San Jose Earthquakes, the Colorado Avalanche, the Miami Hurricanes and the Iowa State Cyclones. What attracted you to Ames? The chance of a deadly twister!

There’s the Chicago Fire of Major League Soccer, named after an event that killed about 300 people. It’s not even the first team by that name, as there was a Chicago Fire in the old World Football League of the 1970s.

Perhaps the name refers to something else? Nope, the soccer team’s website notes that the nickname was revealed on the 126th anniversary of the famous fire.

Don’t worry, the Atlanta Blaze of Major League Lacrosse assures us that its nickname “has no allusion to the burning of Atlanta during the Civil War.”

Plenty of teams are named after scary animals from their regions. Few in Florida might relish an encounter with a gator, but the university chose the animal as its mascot. Names like that and the Arizona Rattlers of arena football might be justified for the fear they theoretically strike in the hearts of opponents.

The old X.F.L. had several odd nicknames, including two that seemed to highlight their cities’ history of organized crime: The New York-New Jersey Hitmen and the Chicago Enforcers.

At least one team has changed its name because of an unsavory allusion to a local problem. The Washington Bullets owner Abe Pollin became concerned about the apparent link of his team’s name to violence in a city that had struggled with violent crime. In 1996 he changed the name to the Wizards.

The Bullets name was not originally chosen as a direct allusion to gunplay. The Washington Bullets were once the Baltimore Bullets, who took their name from an older Baltimore Bullets of the American Basketball League. That team’s name came from a Baltimore landmark, the Phoenix Shot Tower, at one time the tallest structure in the country. The tower, built in 1828 and still standing, cooled molten lead in water, producing bullets.

As teams seek more and more colorful nicknames to stand out in a crowded marketplace and sell merchandise, the trend of highlighting the worst of a region may continue. Perhaps we can look forward to the Los Angeles Mudslides, the New York Noise and the San Francisco High Cost of Living.

Victor Mather covers every sport, no matter how small.