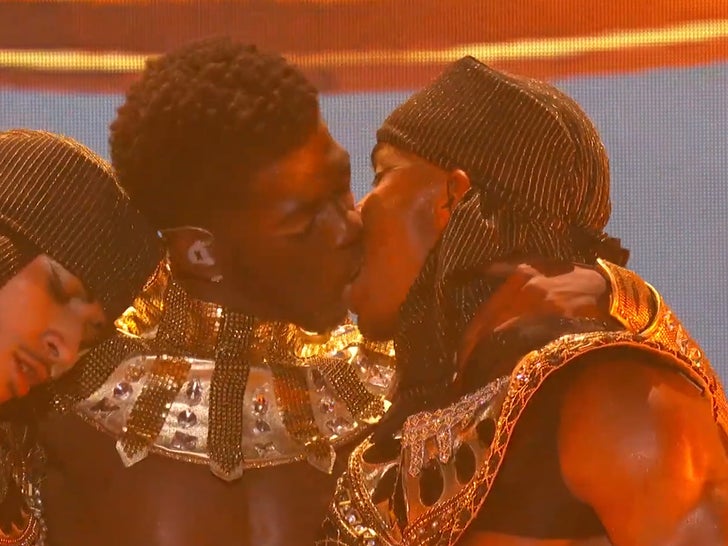 Lil Nas X delivered a memorable performance at the BET Awards, but at least one person on Twitter hated it … so the rapper put them in their place.

The “Montero (Call Me By Your Name)” singer crushed it on stage Sunday night, not only with his hit track but also with a tribute to Michael Jackson‘s “Remember the Time.”

The stage appearance ended with Lil Nas planting an intense kiss on one of his male backup dancers.

Clearly, a major moment — especially as Pride Month wraps up — but one Twitter user was outraged, tweeting … “DONT USE AFRICAN CULTURE FOR S***S LIKE THIS!!!!!!! RESPECT OUR ANCESTORS.” 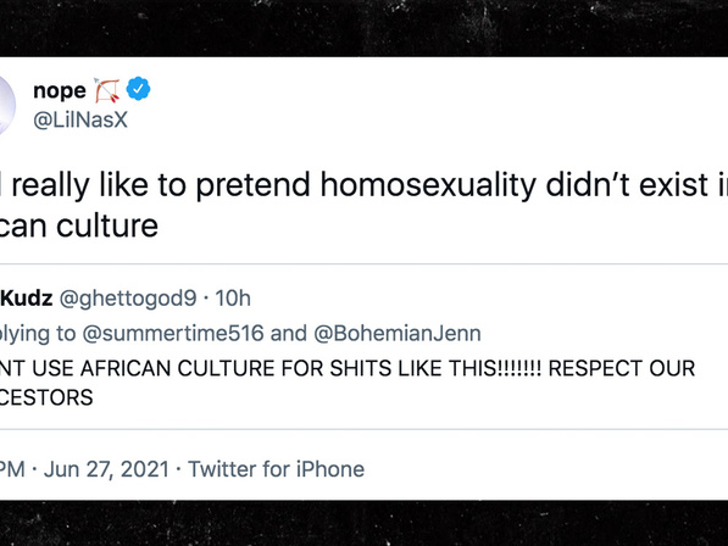 Other than the one hater, the rapper received widespread praise for his bold move, including from Diddy … who applauded him for being fearless. 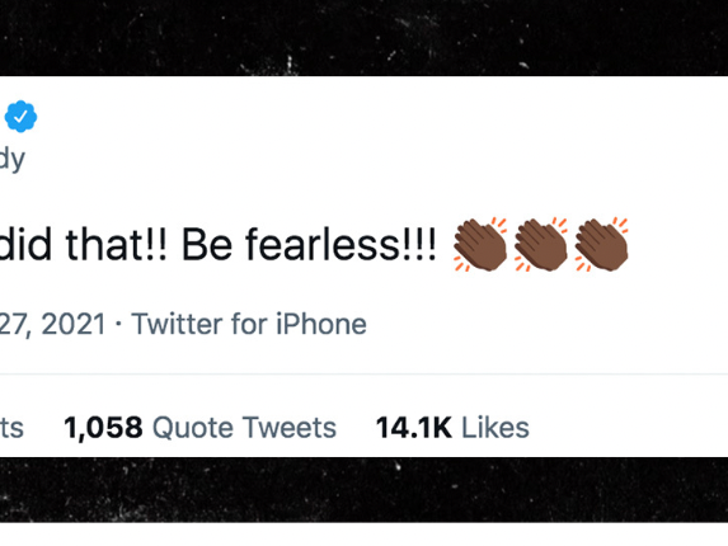 Fans of Lil Nas X — who came out on the last day of Pride Month in 2019 — were initially disappointed when the 2021 BET Awards nominees were announced and he didn’t make the list, and some accused the show of being homophobic.

Still, he was there to perform, and certainly made the most of it.