To say the least, Lisa Vanderpump has endured a difficult year.

Following the unexpected passing of the her 84-year-old mother last Monday, the Bravolebrity has broken her silence.

On Tuesday, Miz Vanderpump sent out a short but sweet sentiment to Twitter about her mummy with a family photo: 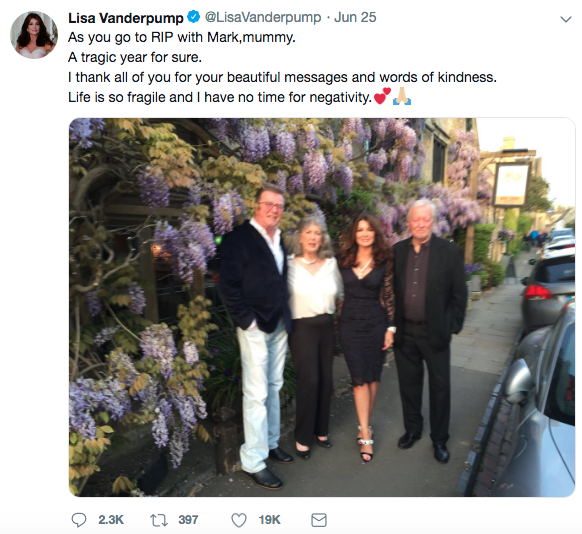 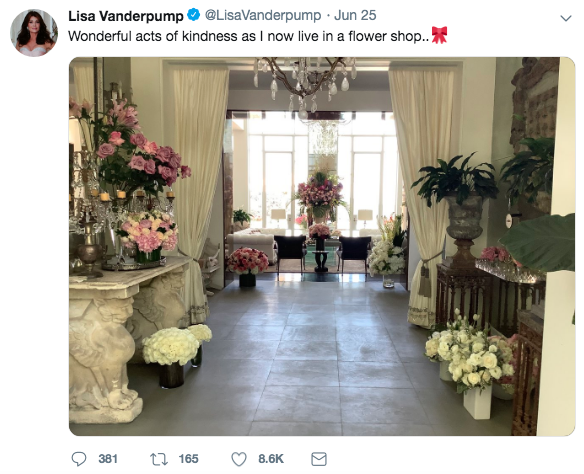 As we previously shared, DailyMail.com first broke the news of Jean‘s unexpected passing at her home in England. At the time, a rep for the restauranteur confirmed the passing but did not issue a statement. However, she was expected to travel to London to make arrangements for the funeral as she stopped Vanderpump Rules filming.

“This has hit Lisa very hard and she is shocked by her mother’s sudden death… Lisa has not had an easy past 14 months. In April of 2018 her brother Mark committed suicide rocking her family to its core… She then had to deal with a tumultuous season on the Real Housewives of Beverly Hills which ultimately led to her stopping filming and eventually quitting the show as she was tired of being bullied by the other cast members… One thing is for sure with Lisa though, she’s as strong as they come and once she has worked through her grief she will be back running her restaurant empire, focusing on her philanthropic endeavors and filming Vanderpump Rules.”

As we reported, Vanderpump recently told RuPaul on his new daytime TV show that her brother’s unexpected death in April 2018 has played a large role in her decision to leave Real Housewives of Beverly Hills, explaining:

“It was such a brutal season for me, and it was at a time where I was floundering. Everybody always says, ‘Oh, you look like you’ve got your life together,’ but I started that show this season like, two or three months after my brother passed. I just wasn’t in the right space.”

While speaking to Andy Cohen on Watch What Happens Live, the Brit admitted she wished she took more time off to properly grieve Mark’s death. Her choice to leave RHOBH definitely seems like it’s coming at a good time given her mother’s passing.

“I just wasn’t as prepared. I found that I couldn’t deal with something that I could normally deal with. So then it just went on and it was accumulative and in the end I just said, ‘I can’t do this anymore. I just can’t.’”

Take all the time you need, Lisa! We can’t imagine what she and her family must be going through right now.