Lorde, ever the trendsetter, attended Wednesday’s Guggenheim International Gala in New York City wearing an interesting accoutrement: her own hair as a scarf/necklace/neck-cuff-thing.

On Instagram, celeb hairstylist Cameron Rains shared a behind-the-scenes look of the “Stoned at the Nail Salon” singer’s hairstyle, showing that he secured Lorde’s long brown hair around her neck by tying a hidden ponytail at the back of her head. “#Hair scarf me,” he wrote in the caption of another post.

The experimental beauty look topped off the elegant Dior gown she wore on the red carpet. The pale-orange, pleated chiffon dress—which also featured a strapless bustier and a belted waist—comes from the house’s fall 2018 haute couture collection. Accessories were also courtesy of Dior, including her nude pumps and her dangle earrings. 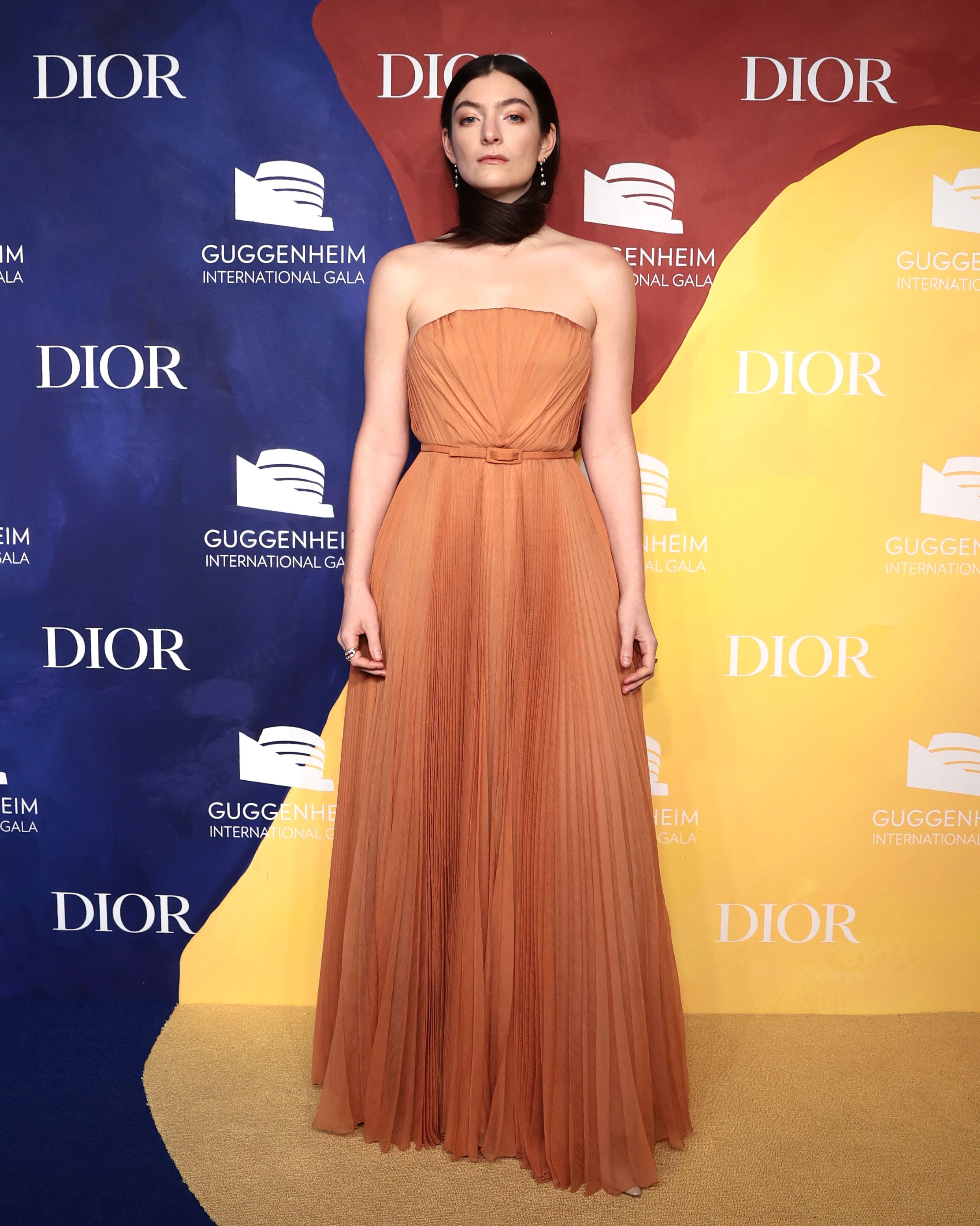 Later in the night, Lorde made an outfit change into a gold lamé suit, also a Dior haute couture creation, for her onstage performance. The suit featured a structured waist and wide-leg trousers. 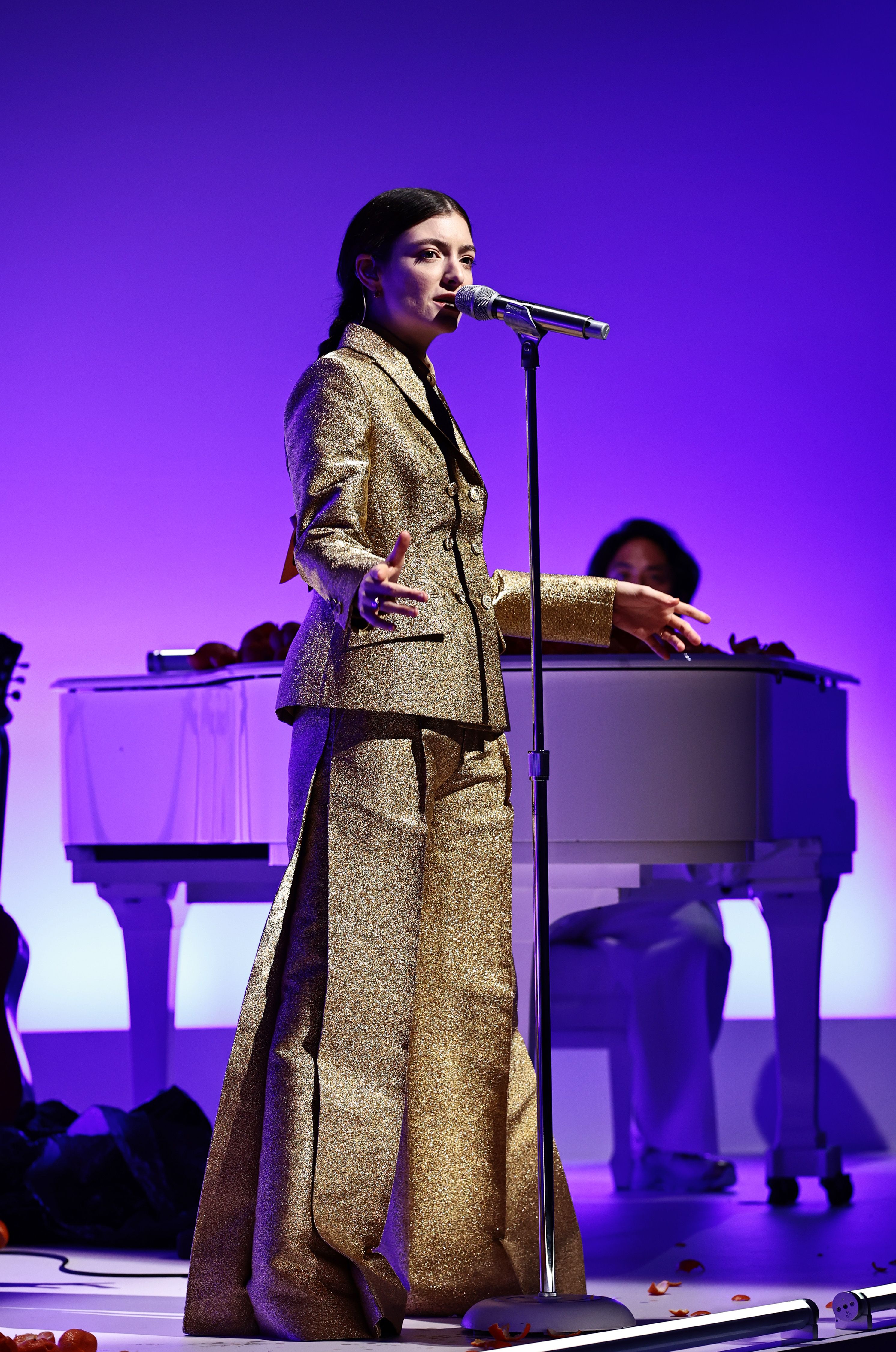 Lorde recently reemerged from her Hollywood hiatus with the August release of her third studio album, Solar Power. She reflected on her evolved relationship to fame and pop stardom in an interview with NME.