Lori Loughlin and her husband Mossimo Giannulli have made good on the fines levied against them as part of their sentencing for their roles in the college admissions scandal, according to a new report.

Per TMZ, citing court documents, as part of their plea deal, Loughlin, 56, has paid the $150,000 fine she was ordered to hand over, while Giannulli, 57, has also made his account square with the courts, paying off his $250,000 debt as well.

In addition to the fines, the couple must serve prison time — two months for Loughlin and five for Giannulli – as well as complete a certain number of hours of community service. 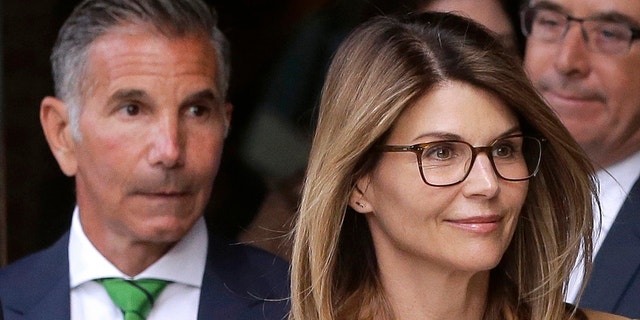 Loughlin began her prison sentence on Oct. 30 for her role in the elaborate scheme. The actress reported to the Federal Correctional Institution in Dublin, Calif., a U.S. Bureau of Prisons spokesperson confirmed to Fox News at the time.

LORI LOUGHLIN GOES TO CHURCH, HAS A 'GROUP' OF FRIENDS IN PRISON: SOURCE

The “Fuller House” alum was handed the two-month term behind bars in August after she and her fashion designer husband, pleaded guilty to charges stemming from $500,000 payments to scam mastermind William “Rick” Singer to get their daughters, Olivia Jade and Isabella Giannulli, recruited onto the crew team at the University of Southern California. The two had never participated in the sport. Meanwhile, Giannulli reported on Nov. 19 to a federal prison in Lompoc near Santa Barbara, Calif., a Bureau of Prisons spokesperson said last week. He’s expected to serve his full sentence and his time behind bars will overlap with his wife's.

The facility Giannulli reported to is a male-only institution. It is located roughly two and a half hours outside of Los Angeles, where he lives with his family.

Fox News’ Tyler McCarthy and The Associated Press contributed to this report.