Home » Celebrities » Lucy Alexander: Homes Under The Hammer host on Kirstie Allsopp ‘She made it sound like it’

Lucy Alexander: Homes Under The Hammer host on Kirstie Allsopp ‘She made it sound like it’

Lucy Alexander, 48, admitted she was disappointed after Kirstie Allsopp, 47, built up her hopes of winning Kirstie’s Celebrity Craft Masters. The ex Homes Under The Hammer presenter faced off against her former co-host Martin Roberts, 55, to compete in various arts and crafts challenges on the Channel 4 show. Speaking out about Kirstie’s reaction to her work to Express.co.uk, she revealed: “She didn’t really give advice but I had a lovely expert who came along to my house, so she was the one who was giving me the advice and helping me out. “When we went to Kirstie’s house it was really for the judging part of it and at that point she made it sound like I was the winner. She was like, ‘Lucy well done’.”

I tried to get a few extra points in by doing some candles and I did them in her initials.

She explained: “Kirstie is brilliant fun and on the day that I went to her house I was trying not to be nosy, because it was called the HQ but it was where she lives.

“And I was like, ‘Oh my god’, just trying not to get over excited about the fact I was in her house which was amazing, and in her present company because she is the most gorgeous person and I have a lot of respect for her.”

Lucy also admitted she tried to get “a few extra points” from Kirstie by creating candles in the shape of her initials on the programme.

She divulged: “I tried to get a few extra points in by doing some candles and I did them in her initials.

“I thought that would put me further up the leader board and I was phoning Martin Roberts going, ‘Ha ha Kirstie’s going to love me more than you. I’ve done one of my things in her initials’ . 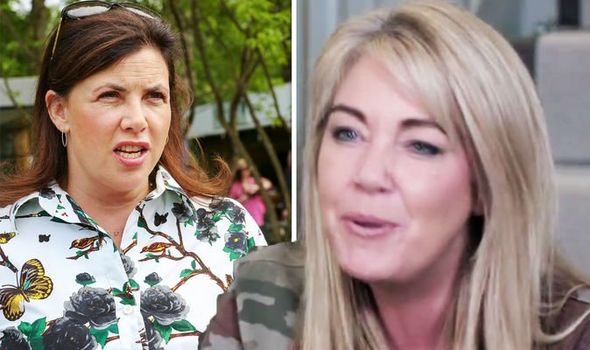 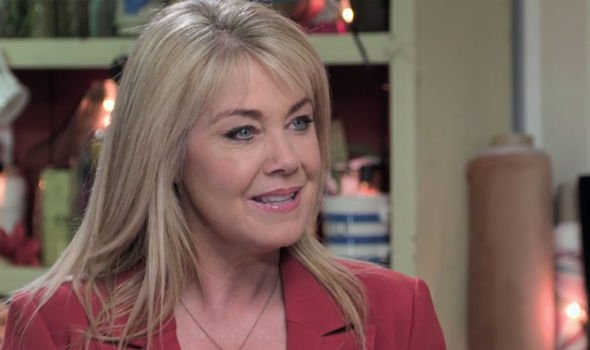 “And he’s going, ‘Oh you girly swat’, so we were bantering over the phone, Martin and I, because we went head to head so it was very funny.”

Discussing her competitive relationship with Martin, Lucy joked about teasing the presenter over his tardiness after he showed up to work late when they filmed Homes Under The Hammer together.

She recalled: “We’re a very competitive couple in a fun, good way so he’s always been like, ‘You’re such a girly swat, you do everything perfectly, why do you have to be so good and make me look so bad?’

“And I always say, ‘But you are bad because you’re always so late.’

“He always has his clothes screwed up in the back of the car and he’d have to iron them before we started filming. 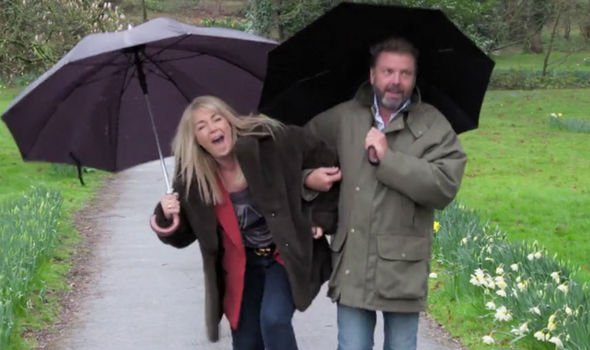 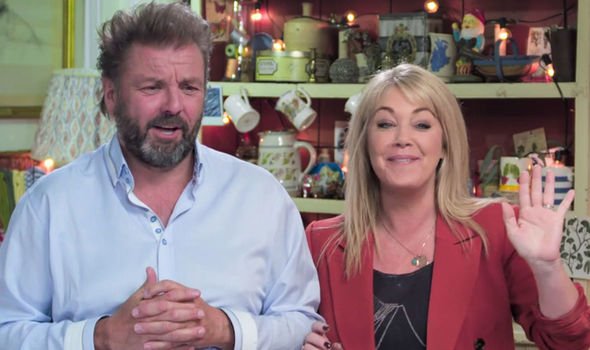 “So we’ve always been very funny with each other, a lot of banter, we’re really close.”

Speaking about their reunion on Kirstie’s Celebrity Craft Masters, Lucy revealed she was stunned by Martin’s impressive crafting skills.

She added: “It was a really fun day. I thought I was going to beat him and do much better but he’s actually quite good.

“He’s quite a crafty type of person and does lots of DIY so he surprised me.”

Homes Under The Hammer airs weekdays from 10am on BBC One.