Maura Higgins, 28, and Curtis Pritchard, 23, first found romance on Love Island 2019 after he broke things off with his “half-girlfriend” Amy Hart, 26, earlier in the series. Some fans have cast doubts on the authenticity of their relationship but, overall, their time together has gone smoothly on the show. However, last night’s instalment saw the islanders’ families visit the villa and meet their respective offsprings’ new partners for the first time. Intense awkwardness ensued when Maura’s parents were introduced to professional dancer Curtis. Giving him a brief hug as a greeting, her mother quickly let go, breezing past her daughter’s beau and making a beeline for Ovie Soko, 28, exclaiming: “This is the man I want to see!”

Things looked even more damning for Curtis when, during a private chat with Maura, she went on to make her feelings for the Love Island star quite clear.

It seems Maura’s mum was left unimpressed by Curtis after his row with her daughter over the drama with Anna Vakili, 28, and Jordan Hames, 24, earlier in the series.

In an exclusive interview with Express.co.uk, Match’s dating expert Hayley Quinn observed: “Curtis already seemed to be skating on thin ice after his and Maura’s difference of opinion over Anna Jordan’s bust up.”

Hayley went on to predict a possible “rift” between Maura and Curtis, saying: “This rift may be set to increase after Maura’s mum seemed to give Curtis a not-so-subtle thumbs down.

“When Maura asked, ‘What do you think of Curtis?’ her mum gave one of the longest pauses in TV history before saying, ‘…obviously something you see in him,’” she said. “Which implies she doesn’t see much in him.

“However, rather than directly influence her daughter, Maura’s mum made the smart choice of reassuring her that her judgement is good, and that she has faith in her, that if something is wrong that she will get out,” Hayley continued. 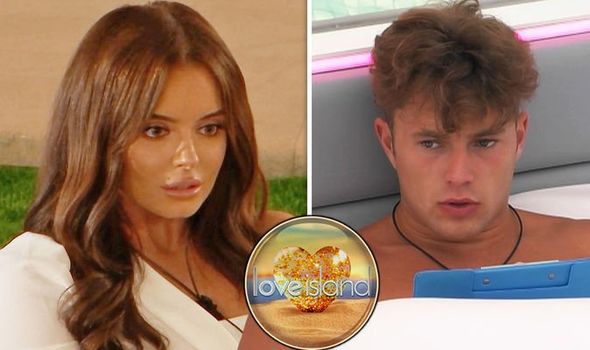 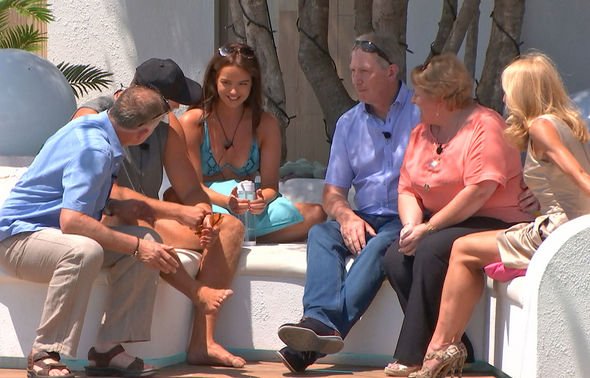 “What this is effectively doing with empowering Maura to come to her own conclusions rather than directly slating Curtis; either way though, it’s far from glowing approval.”

Meanwhile, bookies are taking bets on who will be crowned this year’s Love Island winners, with favourites Tommy and Molly-Mae seemingly ousted from the top spot at the last minute.

Having appeared to be the favourites for most of the series, the couple have been pushed aside by a late surge for Amber and Greg.

The new couple, who got together after the dramatic end of Amber’s relationship with Michael Griffiths, 27, are currently at 6/5 with Betway.

The bookmaker’s spokesperson Alan Alger said: “Amber and Greg are today making waves in our Love Island winning couple market and are currently as short as 6/5 to take the spoils in tonight’s finding, despite ending yesterday at 4/1 in the running. 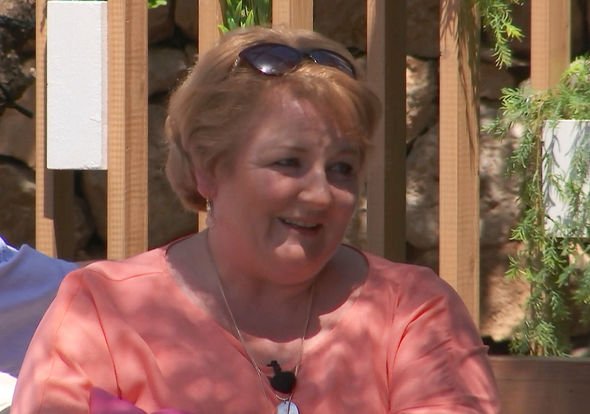 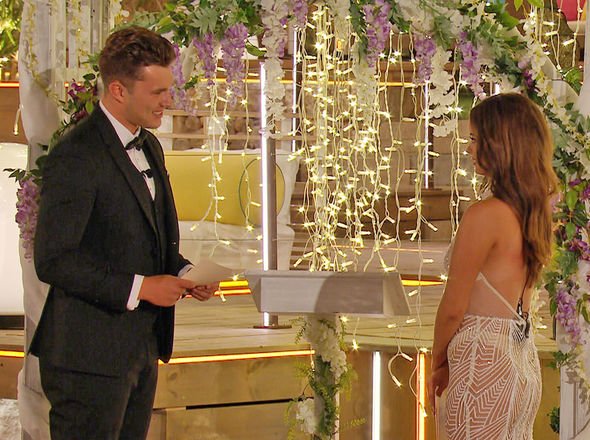 “It seemed like Tommy and Molly-Mae had this series sewn up but, despite still being odds-on, the betting suggests Amber and Greg are now in with a chance and we could see their odds shorten even further as the day goes on.”

Elsewhere, Hayley said Molly-Mae was “less infatuated” with Love Island boyfriend Tommy Fury than he was with her.

Although she said the couple seem, “very connected and committed” in many ways, she said: “Molly-Mae doesn’t seem as infatuated as Tommy.

“Tommy has attempted to talk about life outside the villa and to romanticise what might be when they get out,” she continued. “Molly-Mae has failed to join into tis vision of their future, saying she’s looking forward to being able to text again.

“Likewise, Tommy is frequently the initiator of praise and affection between the two them.”