The dream team! U.S. Olympians are headed to Tokyo to compete on the world’s stage in just a few days, but before they show off their talents, the athletes sat down exclusively with Us Weekly to share their celebrity crushes, hidden talents and how they squash any nerves they have before a big match or competition. Watch the exclusive video above to get to know Team USA!

Olympic Athletes: Where Are They Now?

Rai Benjamin, Track and Field
While the 23-year-old athlete is the third-fastest man in history when it comes to 400-meter hurdles, the Team USA sprinter is just like Us when it comes to crushing on celebrities!

When Benjamin isn’t busy with practice, he enjoys a hobby he perfected during the pandemic. 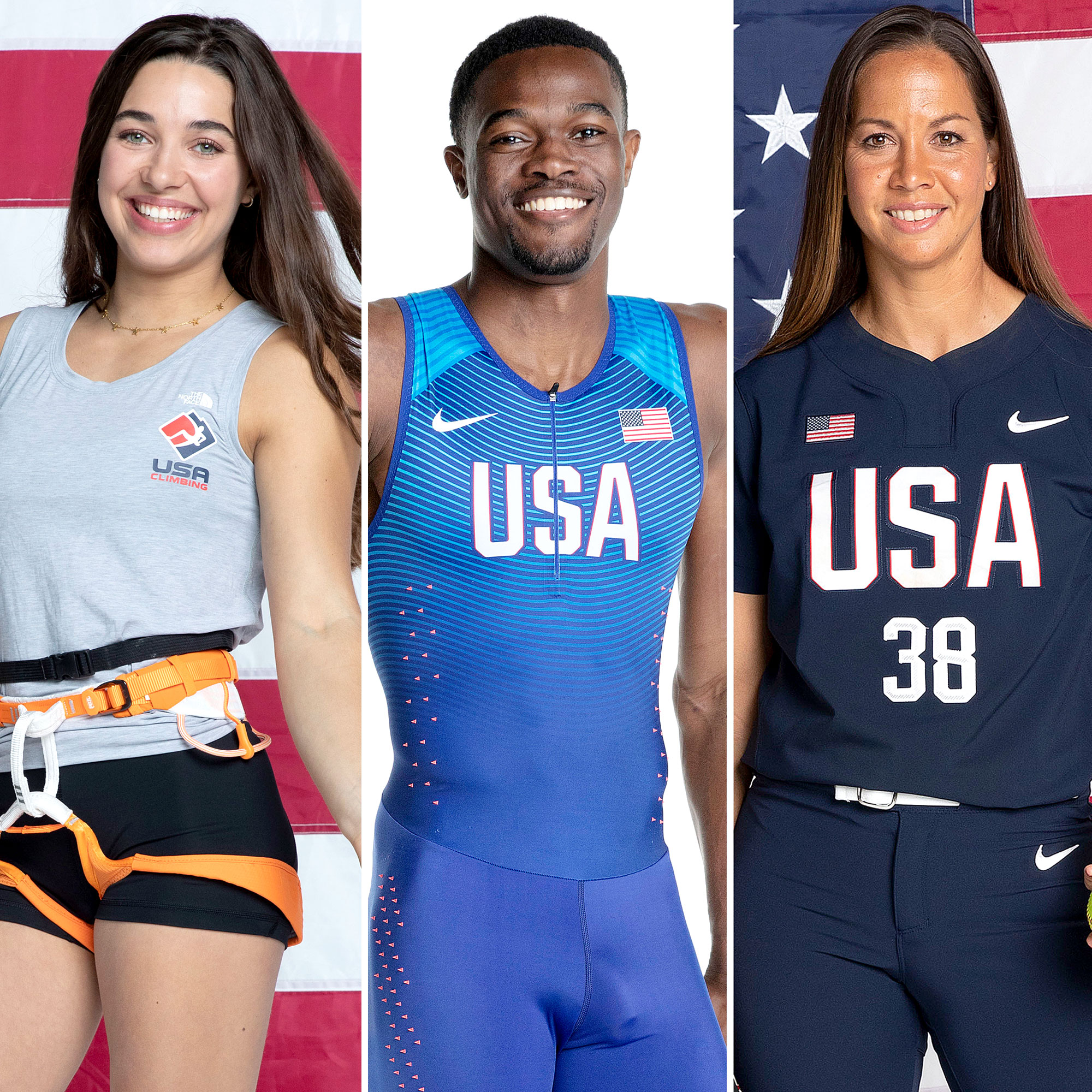 “I learned to play the guitar during lockdown last year and I got pretty good at playing ‘Wonder Wall.’ I was very, very driven and very committed to actually learning that song,” he explained. “My friend’s really good at playing the guitar, so, we practiced for about an hour, an hour and a half, every day. And, actually, I’m pretty good at it. I was proud of myself.”

Brooke Raboutou, Climbing
At just 20 years old, Raboutou is ready to take on climbing, a sport that was added to the Summer Olympics for the first time this year. When the Colorado native isn’t on the ropes, you can find her behind her sewing machine.

“I like to sew. Over quarantine I sewed a lot with my sewing machine,” she told Us. “I made pants out of this material that I found and transformed jeans and jean jackets. It’s fun to create things and then wear them and flaunt them.”

As for a celebrity crush, Raboutou shared: “My go-to is Zac Efron. [I have] so many women crushes — Simone Biles and I love Blake Lively.”

Jade Carey, Gymnastics
The Olympic rookie, 21, who is best known for her difficult floor and vault routines, explained what keeps her motivated before a big competition.

“I actually love quotes, so I have a lot everywhere, throughout my room and on my phone and all that,” Carey explained. “It’s hard for me to pick a favorite, but I really like, ‘She believed she could, so she did.’ For me, that helped me a lot when I was starting to do bars again because I took some time off on bars, so I just knew that if I believed I could do it, I would eventually get there.”

Kaleo Maclay, Paralympic Sitting Volleyball
Maclay, 25, is a mom to 3-year-old son Duke, and busy training for her upcoming Paralympic volleyball matches in Tokyo, but as if that’s not enough to keep the gold medalist’s hands full, Maclay also turned her side hustle into a successful business.

“Leaving Rio, I knew that volleyball wasn’t going to be forever for me. With becoming a mom and knowing that as an athlete, the time span is not forever, I wanted to start playing with the idea of something that I’ve always loved,” Maclay told Us. “I baked with my grandma and she used to make cookies and she was the head cookie decorator of every family event, and I actually came across cookie decorating on YouTube and really just watched YouTube videos of how they did it and [learned] different techniques and then developed a cookie recipe that I loved, and started from there. My husband’s super into coffee. So we were like, ‘This is the perfect combination: Bakery, coffee and flowers.’ So we put it together and it’s called Flower and Flour.”

Lee Kiefer and Gerek Meinhardt, Fencing
Newlyweds Kiefer, 27, and Meinhardt, 30, got married in September 2019 and the foil fencers decided training for the Olympics wasn’t the only thing they wanted to accomplish together — both the Team USA athletes are also tackling medical school.

“It’s [been] very strange during the pandemic. We’ve been with each other, like, 24/7, because we’ll study together, eat together, train together,” Kiefer noted.

“We did a really good job of separating the competitiveness and the focus that we have and the spirit that we have —that we both want to win — from married life,” Meinhardt added. “When we get home, we still talk about fencing, but it’s super helpful.”

Everything to Know About the Tokyo Olympics: Where to Watch and More

Cat Osterman, Softball
The Team Milk member, 38, told Us that she doesn’t suffer from too many nerves before a big game. The Olympic softball pitcher, who came out of retirement to join the Tokyo games, told Us: “We benefit from the fact that we get to the field usually about two hours early and the team has batting practice and that’s a time where I don’t have to be super focused. So, even if I’m starting that game, I can use that time to either calm down or just start to connect with teammates. So usually I use that time to be the bucket person, gathering all the balls and taking them back in. That’s kinda my calming time, just having some easy conversations, occasionally it will be with the catcher about who we’re playing.”