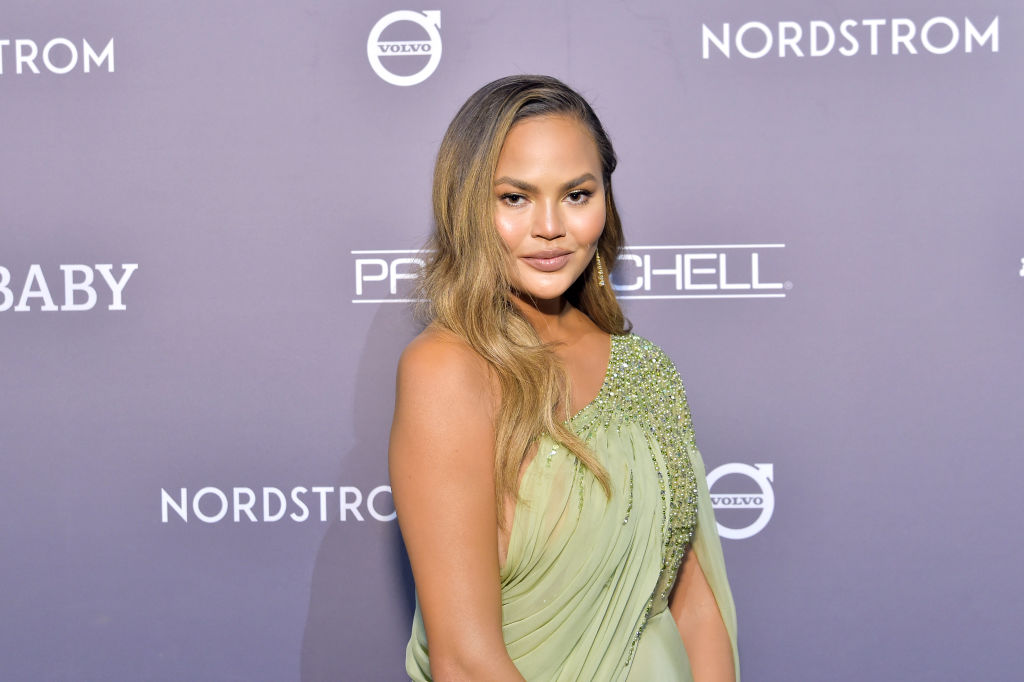 Michael Costello says he ‘does not wish ill on anyone’ as he tried to calm things down after wading in to Chrissy Teigen’s online trolling scandal.

The former model recently published a lengthy apology to people she had sent mean messages to online, including reality TV star Courtney Stodden, vowing to ‘seek self improvement and change’.

Fashion designer Costello, who has dressed A-list stars such as Beyonce and Kim Kardashian, has since claimed he felt suicidal after he was allegedly accused of racism by Teigen.

The designer, who first shot to fame on the eighth season of Project Runway, continued: ‘As a result of what Chrissy Teigen did to me in 2014, I am not okay. I may never be okay, but today, I am choosing to speak my truth.’

He added that he didn’t want to ‘go back and forth fighting with anyone’.

Costello has addressed the issue again in an interview with TMZ, offering an olive branch.

Speaking to the gossip site, he said: ‘I want to be clear – I do not wish ill on anyone. We are all works in progress and we deserve the opportunity to prove that we can do better. But progress takes time. We must show through actions that we have changed.

‘After all, action speaks much louder than a 10-minute apology written on a notepad.’

In the apology, the mum-of-two, who is married to singer John Legend, said: ‘I have so much love to give if you are open and willing to accept it. And if not, that’s okay too. That’s something I work on being more okay with every day.

‘I know I let you down, but I hope I can make you proud. It’s been a heavy few weeks, so I’m going to take some more time to focus on things that are most important — being with my family and taking care of myself.

‘We are all more than our worst moments.

‘I won’t ask for your forgiveness, only your patience and tolerance. I ask that you allow me, as I promise to allow you, to own past mistakes and be given the opportunity to seek self improvement and change.’

Teigen had previously quit Twitter in May amid the scandal and stepped down from Netflix comedy series Never Have I Ever.

Her apology, posted on Medium, was met with sceptical response on social media and from none other than Piers Morgan, who labelled her apology a ‘sham’.