Michelle Obama says she had to fight past a barrage of criticism on her way to the White House, which she attributes to the mountain black women must climb to become beloved.

The former First Lady was talking to Gayle King Saturday night at the Essence Festival, and opened up about how she dealt with being labeled an “angry black woman” in the early days of Barack’s first presidential campaign … as well as scrutiny she received while in office.

Michelle says folks love her and her hubby now that they’re civilians, but for a while there … she says folks from both sides of the aisle were trying to take her out by the knees, politically speaking, because she was seen as an asset for Barack … and a threat to rivals.

She puts it like this, “The best way to do it (attack me) was to focus on the one thing they knew people were afraid of, (which) was the strength of a black woman.”

Michelle certainly received her fair share of scrutiny right from the jump. During a speech she gave at a gala in Atlanta back in ’08, a Clinton supporter said, “Her speech was very long and inappropriate for that occasion.”

Here’s a piece of that speech, which was later described by a journalist as leaving some feeling that she had been “condescending, preaching to a group of achievers about the need to achieve.” 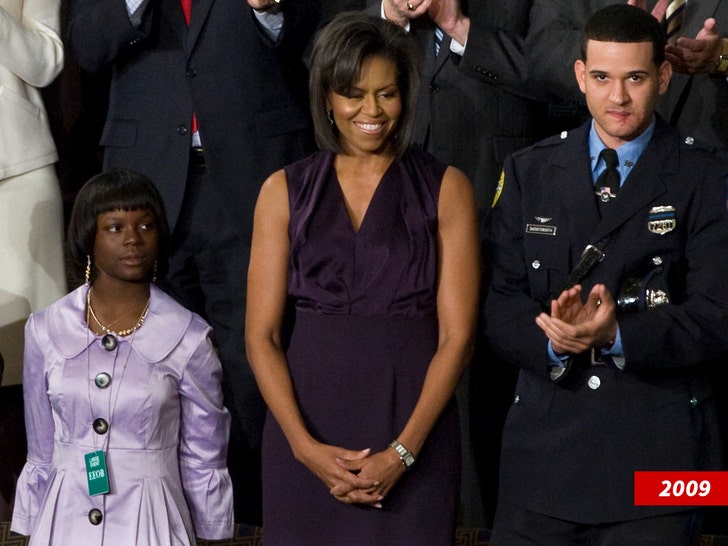 Michelle was also lambasted at times for bucking White House tradition, or for being too flashy … sometimes even upstaging the President — like in ’09 when she wore a sleeveless Narciso Rodriguez dress during Barack’s State of the Union address.

She talks about that too with Gayle, saying people would say she was “emasculating” Barack. In short, the list of examples goes on and on … and Michelle hasn’t forgotten.

Looks like she overcame those odds by being true to herself though — as we can clearly see.