Milo Ventimiglia is joining the cast of ‘The Marvelous Mrs. Maisel’ for the show’s upcoming 4th season, and he was pictured on-set for the first time on June 10!

Photographs have surfaced of Gilmore Girls alum Milo Ventimiglia, 43, alongside Rachel Brosnahan, 30, on set and in character for the filming of the upcoming fourth season of the Amazon Prime series The Marvelous Mrs. Maisel. Not much is known about the character that Milo will be playing, but from the looks of the pictures, taken on Thursday, June 10th, he might be a new love interest for the young Mrs. Maisel. In one particular picture, Milo lookins very sophisticated, wearing a grey turtleneck shirt underneath a green corduroy blazer with brown trousers. He’s handing Rachel, who’s wearing a vibrant red colored dress with matching red beret, a small bouquet of white flowers. 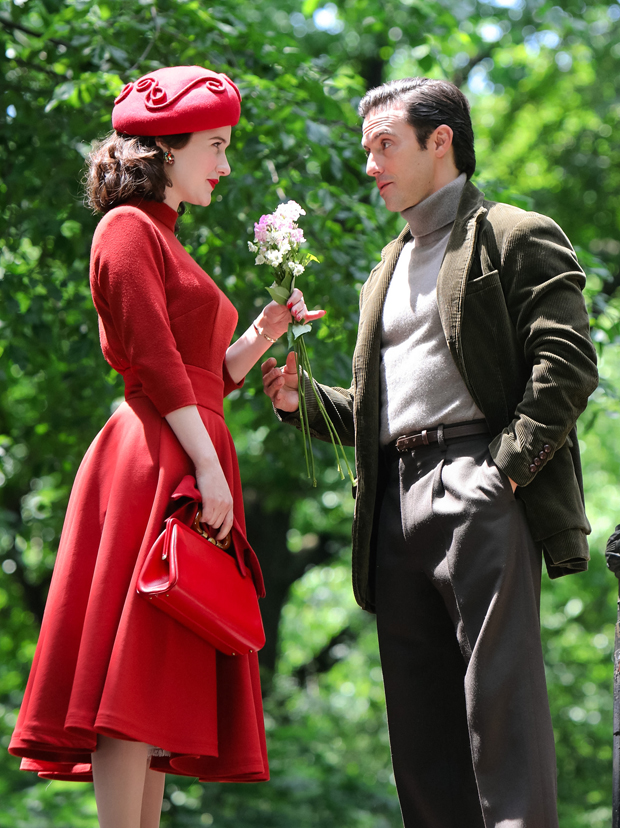 In a second photo, the two are seen strolling down the streets of New York City. Milo has a huge smile on his face as he walks alongside Rachel, who’s wearing a pink dress and a long blue coat. She’s also carrying a pink handbag to match her dress, which is very Midge Maisel of her! Meanwhile, Milo is in brown slacks and a matching jacket, along with a navy blue turtleneck shirt. 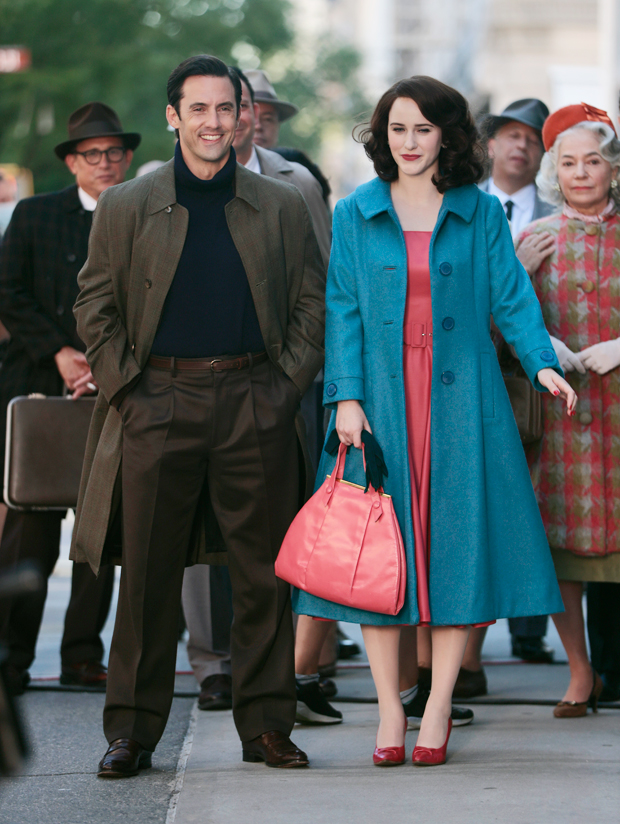 A final picture shows the two walking down the street yet again. This time, Rachel has a small bouquet of flowers in her hand, while Milo is walking a dog. He looks dapper in a collared shirt and sweater, accompanied by a grey jacket. As always, Rachel’s character is looking stylish in a plaid coat, paired with a matching head scarf. 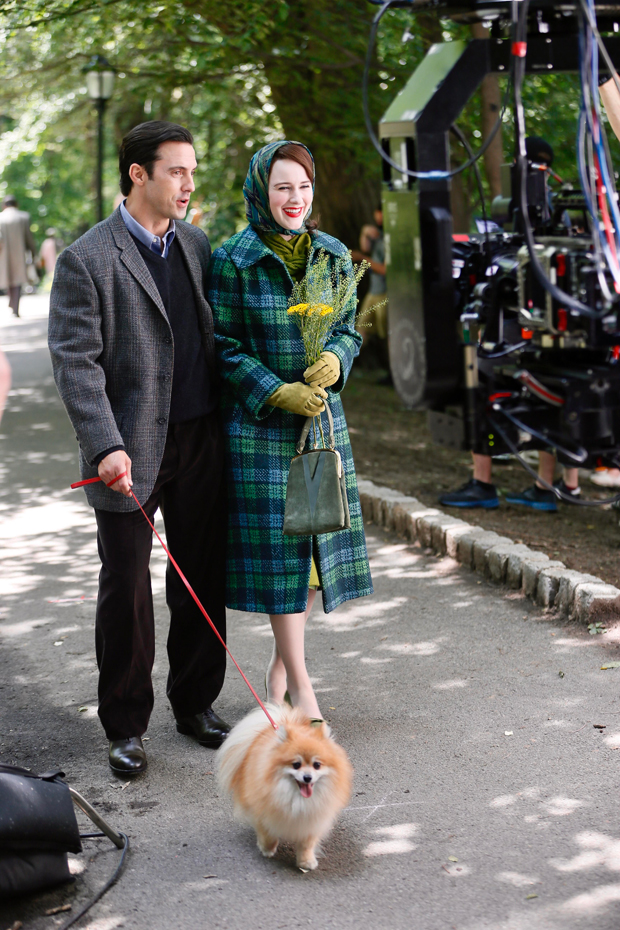 Production on the fourth season of the Golden Globe and Emmy winning show began in early January, with cast and crew members adhering to strict COVID-19 safety protocols. Rachel took to her Instagram to share a picture of herself returning to set, where you can see the lead actress underneath a clear umbrella and hanging pieces of plastic on the ends to ensure optimal protection. She captioned her post, “It looks a little different this year…but we’re back! Working away on @maiseltv Season 4.”

Milo is joining the fourth season of The Marvelous Mrs. Maisel, a month after it was announced that his Golden Globe-nominated drama series, This Is Us, would be ending in 2022 after its sixth season. In a video message, released by NBC, Milo got emotional at the mention of bidding farewell to a show that has touched many lives. “Oh man, I’m trying to get through this and not get emotional about it,” he says. “I think the audience can expect a lot going into that last year. I think it’s going to resonate and stay with people for a very long time.”

While fans will have to say goodbye to Jack and the rest of the Pearson family, it’s comforting to know that Milo Ventimiglia will still be around to grace our TV screens! Being on Mrs. Maisel will also reunite Milo with Gilmore Girls creator, Amy Sherman-Palladino, who also created Mrs. Maisel.