Home » Naomi Ackie on 'Master of None' and Portraying Whitney Houston

Naomi Ackie on 'Master of None' and Portraying Whitney Houston

“I don’t know how I managed it, but the bigger jobs I’ve decided to do are kind of coming to an end,” Naomi Ackie tells ET’s Nischelle Turner. “On the End of the F**king World, I came in the second season, Star Wars I came in on the ninth [film]. I’m kind of used to coming into places that have already been established and acting like, ‘Hi guys, I’m here.’”

And coming in at the end is not a bad place to start — especially when it is a scene-stealing or notable part.

After breaking out with Star Wars: The Rise of Skywalker, the 28-year-old British actress has steadily been on her own meteoric rise, thanks to subsequent roles in the Netflix series, The End of the F**king World, and Education, the fifth film in Steve McQueen’s Amazon anthology series Small Axe. Now, she’s in the surprise third season of Master of None, marking her biggest and most notable role yet — that is until she portrays Whitney Houston on screen in the upcoming biopic, I Wanna Dance With Somebody.

When it comes to the Netflix series co-created by Aziz Ansari and Alan Yang, Ackie appears as Alicia opposite Lena Waithe, who reprises her role as Denise, for a season solely focused on the breakout character and their relationship as they navigate the ups and downs of marriage, struggles with fertility, and how they grow both together and apart. 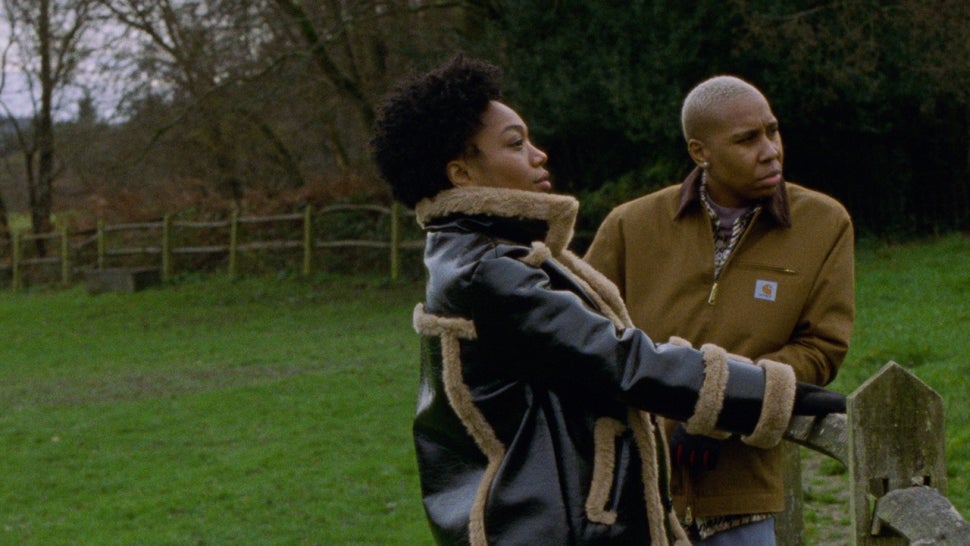 “I can’t wait for the whole community — whoever you love, whatever you look like — to watch it and, you know, for the queen women, queer people, for them to feel seen,” Ackie says of the groundbreaking series’ unexpected shift to focus on two queer women of color, especially after two seasons largely about straight men of South Asian heritage living in New York City.

Despite it specifically being a LGBTQ-centric season, Ackie thinks that the story is universal, adding that she can’t wait “for heterosexuals to watch and be like, ‘Yes, I’ve experienced that. I’ve literally said that exact thing.’”

Co-written by Waithe, who previously won a historic Emmy writing the “Thanksgiving” episode from season 2, and Aziz, the season, which is dubbed “Moments in Love,” is inspired by French and other foreign films about unraveling relationships. Outside of a brief appearance by Aziz, who returns as Dev Shah, only Waithe and Ackie appear on camera, as the story unfolds methodically.

Because of that, it was paramount to make sure the chemistry was there, with Ackie revealing that the two got to know each other over the course of two weeks prior to shooting while working on the script. “I think chemistry is a real thing,” she says, noting how when she auditioned for the role, she realized how she and Waithe “talk the same” and also “argue the same.”

“There’s this kind of butting of heads and intellectuals and all that that feels really active,” she continues. “And that really reflected on screen really well.” 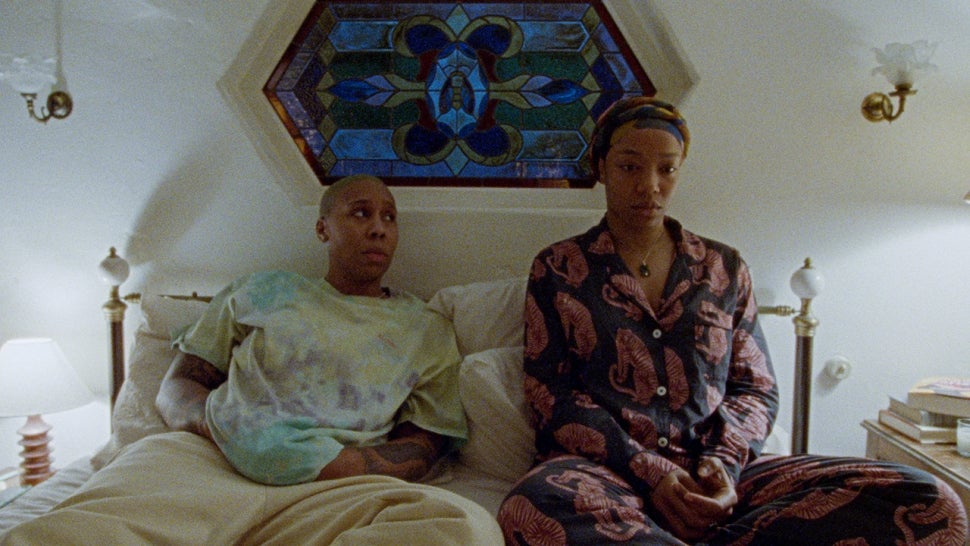 And if there’s one person who is the most excited about Ackie taking on Houston, it’s Waithe. According to the actress, there’s no bigger fan of the late diva. When it was announced that Ackie had been cast in the part, “she sent me a voice message,” Ackie recalls. “She was like, ‘It’s crazy kismet, like, that I love Whitney. We just worked together. And now you’re playing Whitney.’”

She adds, “[Lena] was so supportive and, you know, I am truly blessed and a bit flabbergasted.”

Ackie, of course, understands full well the pressure of portraying Houston, who is adored by so many and whose legacy is fiercely protected by her fans and family. “I am doing the work,” she says. “I’m going to try my best because that woman — it sends shivers down my spine how much she means to me, the world, Black women, African American women — that I’m going to throw my everything into making sure she is represented properly.”

The actress continues by saying, “I just want to tell her story. And I think when I’m able to simplify it down to that, I’ll be able to handle the pressure.”

In the meantime, she’s just taking stock in what she’s been able to do so far with her time on screen, both with film and TV. “I’m not trying to change the world, but I’m always so happy when I get to be a part of a project that feels like it is pushing the needle forward, you know, that’s going into spaces that haven’t been explored before and making people feel seen and celebrated and heard,” Ackie says. “That is one of the biggest joys I get from working, so I really feel over the moon.”

Master of None: Moments in Love is now streaming on Netflix.