Home » Celebrities » Naomi Campbell, 51, spotted out with baby daughter for the first time

Naomi Campbell, 51, spotted out with baby daughter for the first time 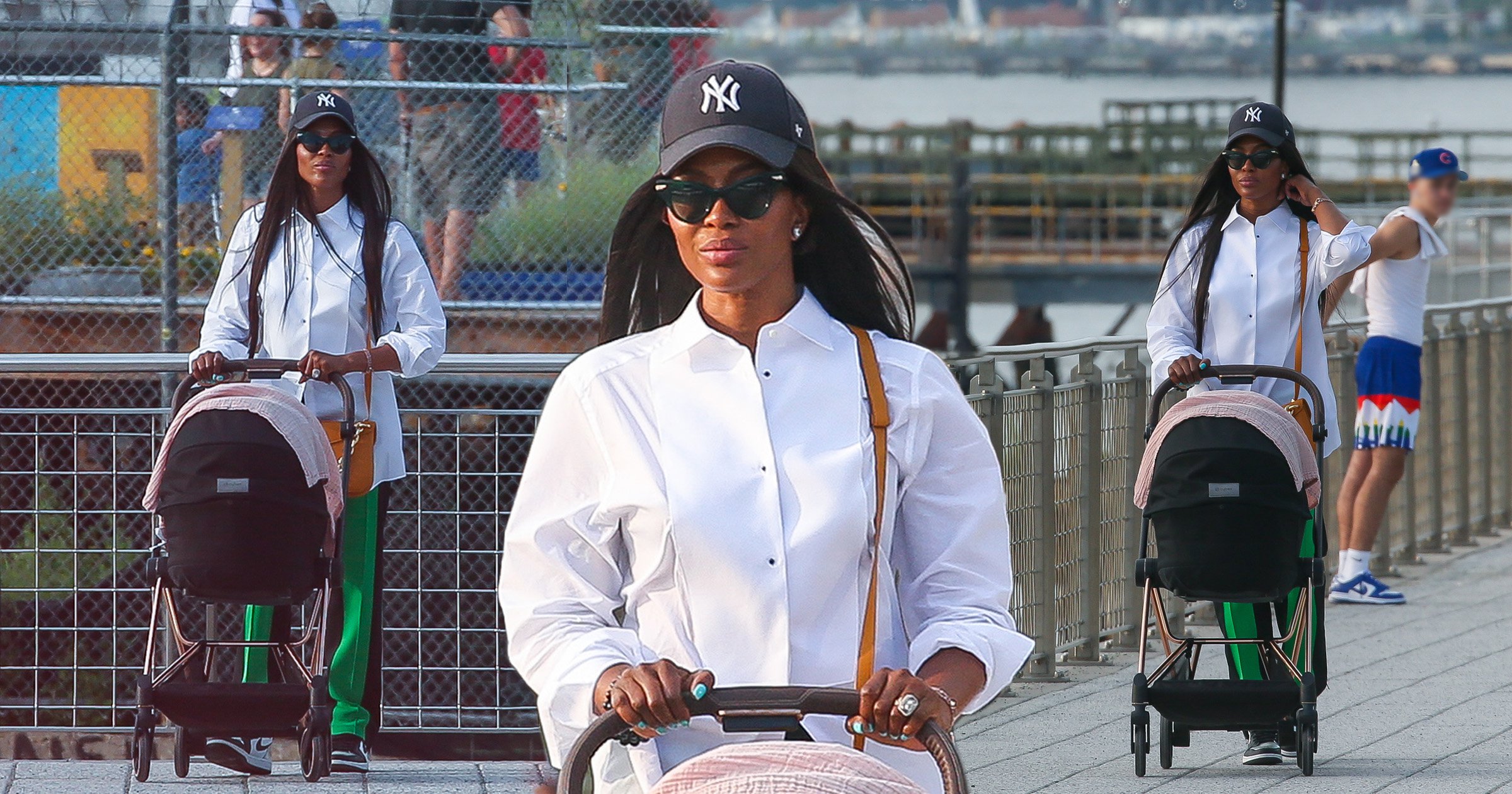 Naomi Campbell has been spotted out with her daughter for the first time, looking completely relaxed pushing her in a pram around New York.

The 51-year-old kept her outfit low key yet stylish (as expected from the supermodel), wearing an oversized white shirt, green trousers and trainers, with large sunglasses and a black cap.

She took in the scenery as she walked with her daughter’s pram which was covered up with a pale pink blanket.

Naomi announced she had secretly become a mum for the first time in May but did not reveal her daughter’s name.

The fashion icon also hasn’t posted photos of the baby’s face on social media but has treated fans to glimpses at her designer wardrobe, including a brightly coloured Versace babygrow.

Giving a glimpse into becoming a mum, the style star revealed she chose a reggae icon to soundtrack the moment her daughter arrived.

Hosting American DJ and music producer D-Nice on her No Filter With Naomi interview series, she said: ‘Music is like… In my most special moments, you know I just became a mum, I had Bob Marley playing.

She has also kept her love life pretty hush hush but is believed to have been living with her boyfriend in America.

A beautiful little blessing has chosen me to be her mother, So honoured to have this gentle soul in my life there are no words to describe the lifelong bond that I now share with you my angel. There is no greater love. pic.twitter.com/SYxfeh4yev

Her relationships have been highly publicised in the past but in a November 2019 interview with The Guardian she confessed she was ‘in love’, and the person was not famous.

When asked if she is ‘in love at the moment’, she replied: ‘Yes [it’s] f*****g hectic! And it’s actually not someone that you know, but my heart…my heart is happy.

‘I love a lot of people for different reasons. And the other thing that’s taken me a while to understand in my growing up is that you have to accept and love yourself first, and not be validated by someone else.’