Cigars, steaks, red wine and womanising… no wonder the wheels fell off in the Sex And The City reboot, writes ALISON BOSHOFF

A larger-than-life charmer in a high-powered job, he dined at the most exclusive restaurants, enjoyed the finest cigars and was rarely without a drink.

So the question on everyone’s lips yesterday – following the shock death of Sex And The City’s Mr Big – was did he have it coming to him?

His fatal heart attack after a session on his Peloton exercise bike had the company producing a cardiologist to insist it certainly had nothing to do with his workout.

And an analysis of his lifestyle and background would seem to support their case.

Ever since his first appearances on the show in 1998, Big has liked a drink. We’ve seen him sloshing down hundreds of large glasses of wine – red and white – on dates, at home and at parties. He’s also revealed a taste for Martini cocktails filled to the brim and huge tumblers of whisky in times of crisis.

Such regular boozing is known to raise blood pressure, and uncontrolled high blood pressure can lead to a heart attack or stroke.

But on top of this is his love of tobacco. For the first five series, Big – said to be in his mid-60s – was an enthusiastic cigarette smoker. 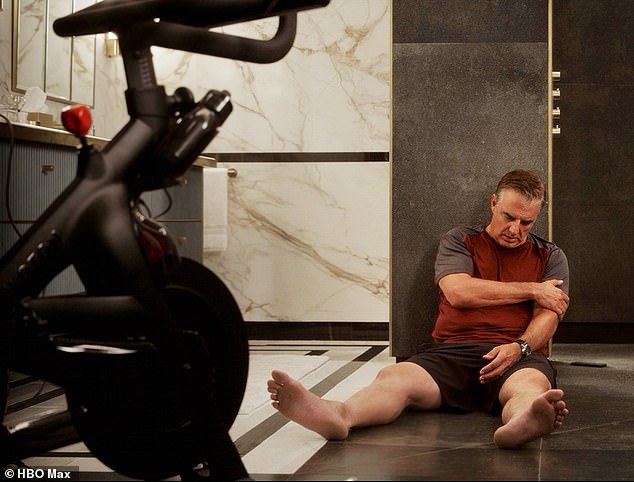 Mr Big’s fatal heart attack after a session on his Peloton exercise bike had the company producing a cardiologist to insist it certainly had nothing to do with his workout, writes Alison Boshoff

It was one of the ties which bound him to Carrie Bradshaw (played by Sarah Jessica Parker), also a smoker. After he suffers a blocked artery, he gives up cigarettes but continues to allow himself a cigar once a week.

According to the experts, about one in four heart attacks is believed to be directly related to smoking. Smoking is a much more important risk factor for a heart attack than high cholesterol, obesity, high blood pressure, or stress.

As already mentioned, it’s not as if Big (played by Chris Noth) didn’t have a history of heart problems.

In the 2003 series he has an angioplasty, the unblocking of a coronary artery, and has a stent put in.

However, blood clots can form within stents after the angioplasty procedure. These clots can close the artery, causing a heart attack.

No doubt, Big’s stressful job won’t have helped – but he’s also been through a lot of romantic angst. 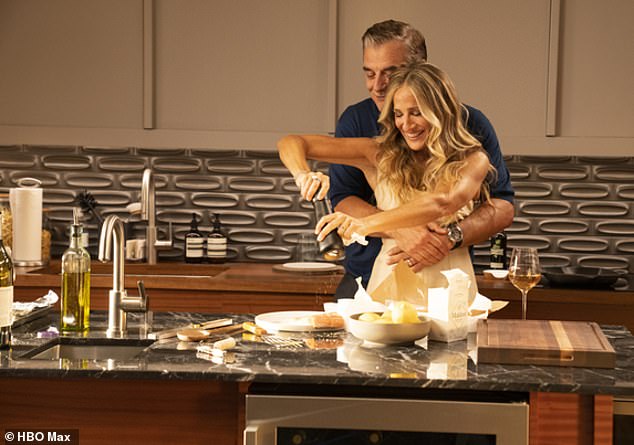 Five series and two films later, they finally find marital bliss but only after a series of betrayals, affairs and heartbreak

His on-off love affair with Carrie has taken many agonising and exhausting twists. He and Carrie caused each other hellish anxiety virtually from the off, when a chance meeting on a New York street and again in a nightclub led to the start of their high-octane romance. They break up at the end of series one because he won’t tell her she is ‘the one’.

Five series and two films later, they finally find marital bliss but only after a series of betrayals, affairs and heartbreak.

Somehow, when not in the throes of passion, Big also finds time to have a hugely successful career as a financier, where he makes enough money to buy the apartment of their dreams in Manhattan (without ever having to work late).

Chronic stress can lead to high blood pressure, which raises the risk for stroke and heart attack. Stress also contributes to patients overeating, smoking and drinking alcohol – all of which are also bad for heart health.

Then there’s the fine dining. Big is especially fond of good food, particularly meat and has always loved cooking for Carrie, whose domesticity was non-existent to the point that she kept her sweaters in her never-used oven when they first dated. On one occasion, she stood up her girlfriends because Big had come over to cook her veal chops. 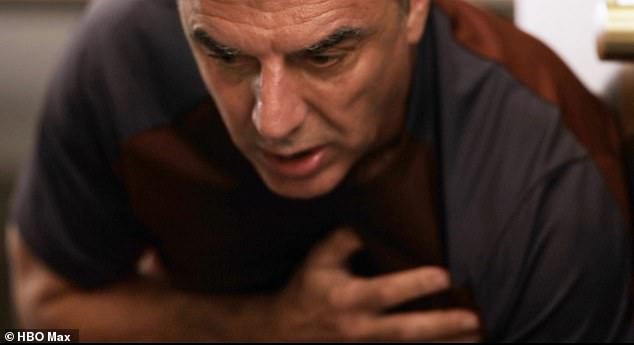 Chronic stress can lead to high blood pressure, which raises the risk for stroke and heart attack

The leading cause of heart attacks is coronary heart disease, in which coronary arteries that supply the heart with blood become clogged with deposits of cholesterol.

Being overweight is a risk factor – and Big wasn’t. However his love of meat may well have put him at risk.

Candace Bushnell, the author behind the hit series, based the Big character on publishing executive Ron Galotti, former publisher of GQ and Talk magazine. One key indicator of his status is that Big is driven everywhere in a limo. Being inactive can lead to fatty material building up in the arteries. If this develops into coronary heart disease, it can lead to a heart attack. Being active can reduce the risk of developing some heart and circulatory diseases by as much as 35 per cent.