In a picture shared on Twitter, the ‘Driver License’ singer and the ‘Girl Meets World’ actress were spotted having a civil conversation at the big event which took place on May 2.

AceShowbiz –Olivia Rodrigo and Sabrina Carpenter seemingly have squashed their beef. The two stars, who were allegedly involved in love drama with Joshua Bassett, were seen chatting while attending the Met Gala on Monday, May 2.

In a picture shared on Twitter, the “Driver License” singer and the “Girl Meets World” actress were spotted having a civil conversation at the big event. Olivia, who looked stunning in her sparkling purple butterfly-embellished gown, was seen leaning to talk to Sabrina. 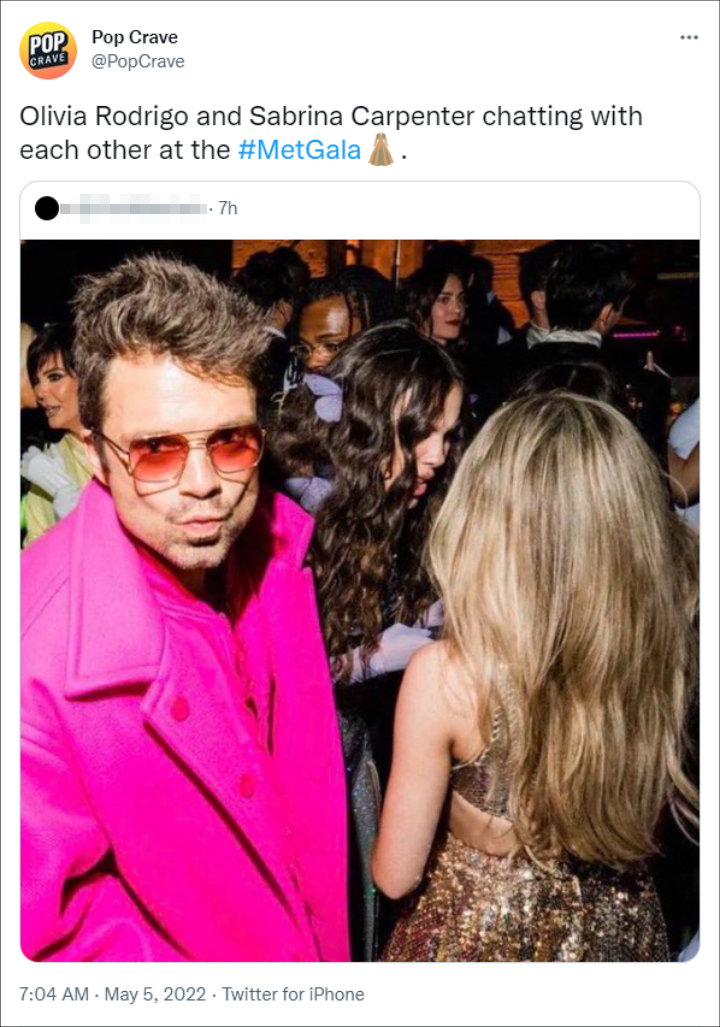 In response to the picture, some fans asked people to leave them alone. “Let it be. They both want it to be behind them. The drama is more than a year old. It shouldn’t be dragged out for exhausting years & years just to satisfy media engagement or toxic comments… Let them pretty girlies be free & thrive. It’s the best way forward,” one person tweeted. Olivia Rodrigo & Sabrina Carpenter ended all the antis & haters at the Met Gala,” someone else commented.

The interaction came two years after it was reported that the two ladies were feuding because of Joshua, who starred on Disney’s “High School Musical: The Musical: The Series” alongside Olivia. They were said to have been involved in a love triangle.

Olivia’s “Driver License” only further fueled the rumors as the song contains references to Joshua and Sabrina. Not stopping there, Joshua appeared to fan the flames even more with the emotional lyrics on his song “Only a Matter of Time”.

“Time to tell the world that you’ve been lying on my name/ Doing what you want and think you’re gonna get away/ Well, I’ll leave it up to faith for now,” he sings. “But it’s only a matter of time/ An eye for an eye you’ll go blind/ When did you stop being kind?/ You twisted your words like a knife/ Well I’m sure that your hurting inside/ But why would you make your pain minе?/ You’re making me pay me for your crimеs/ Well darling I’ll be fine.”