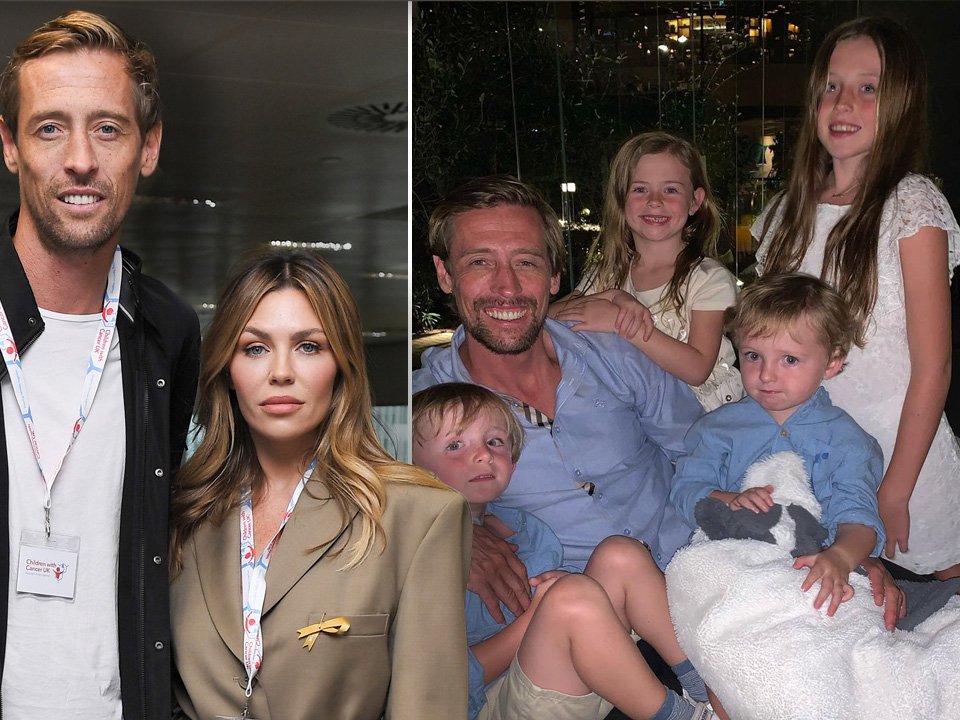 Abbey Clancy has recalled how she ‘battered’ her husband Peter Crouch after he lost their baby during a family day trip to a farm.

The 35-year-old model explained how, although she doesn’t ‘condone violence at all’, her footballer spouse’s response was ‘far too laid back’.

She said: ‘It was so scary. I battered Pete in front of everyone at the farm.

‘I threw a cup of coffee on him. I threw the coffee and I punched him.

‘I don’t condone violence at all but it was out of panic. I was terrified.’

Abbey, who has been married to the Peter for 10 years, explained how she’d nipped to the loo – being ‘gone for one second’ – before her panic and the dramatic confrontation kicked off.

She explained: ‘I went to the toilet. I was gone for one second. And I came back – he was just sitting there.

Abbey then detailed how she had been ‘hysterical’ upon finding her youngest missing and her husband so relaxed about it all.

Luckily, all’s well that ends well as they found Jack safely – but quite some distance away.

She continued: ‘He had escaped out of the indoor play area and was a mile down the road with lambs and a lake and everything.

‘It was so scary. I battered Pete in front of everyone at the farm.’

Cue the footballer getting drenched in coffee, as well as receiving a punch from his wife.

Criticising her husband, Abbey described the situation as ‘a nightmare’.

‘It was a nightmare, I am just so worried about anything happening to them and he is far too laid back, so laid back it is a joke.’

The Liverpudlian also shared a common gripe for many parents when she complained how Peter had also managed to forget the baby bag that day, meaning no milk or nappies for their two youngest.

She moaned: ‘That’s his favourite thing to do. We drove to another country farm.

‘I should have married a farmer!’