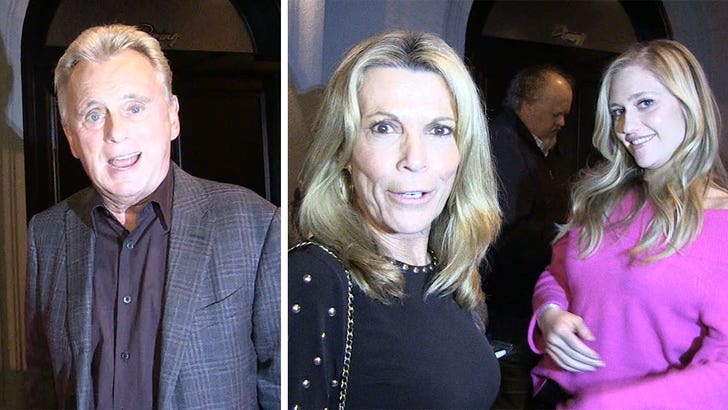 Pat Sajak and Alex Trebek are in the same fam — ‘Wheel’ and ‘Jeopardy’ are produced by the same company — but they have very different end-of-game outlooks.

We got Pat, along with the permanent and temp letter turners, Vanna White and Pat’s daughter, Maggie, Thursday night in WeHo leaving Craig’s, and we asked the longtime host who he’d want to replace him when he hangs it up.

Seems Pat isn’t keeping up with the awesome ‘Jeopardy’ G.O.A.T. tourney … but he has love for Alex.

Pat was sidelined with intestinal issues and underwent surgery. It was serious, but he’s back in the game.