Piers Morgan, 57, has reignited the row surrounding transgender women in sport. The broadcaster shared a controversial tweet regarding the Lionesses’ win during Tuesday’s semi-final.

In view of his 7.9 million followers, Piers typed: “Football’s coming home… to people who don’t identify as men! #LionessesLive”

Piers then went on to explain that his intention was to “mock” the “woke mob”.

He wrote: “I’ll tell you why.. because we should be celebrating England’s women footballers for their gender-specific brilliance – but nobody’s even allowed to say what a woman is these days for fear of cancellation by the woke mob, and I want to mock that madness until it stops.” 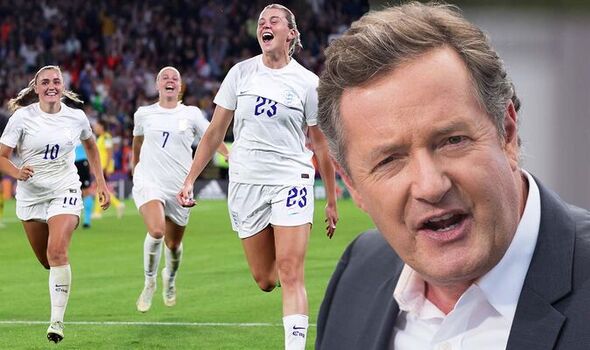 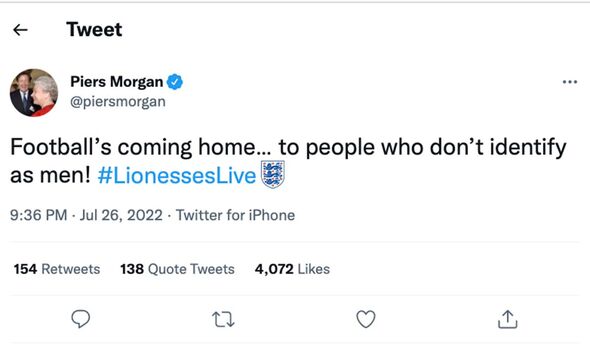 He penned: “That’s just not true though is it.

“Loads of people are tweeting their joy and congratulations at England’s women’s team, calling them women and nobody but you is making it a Trans issue. Nobody. Nooooobody.” 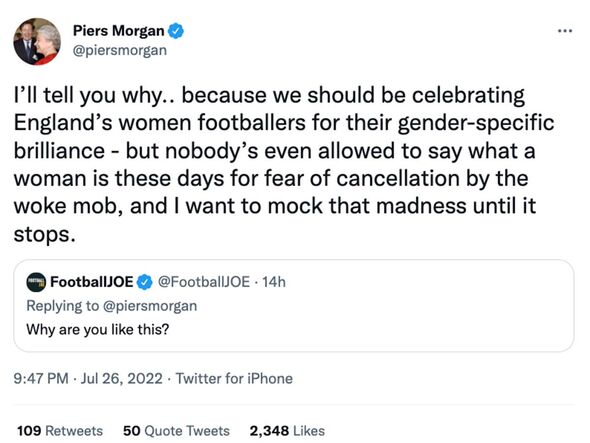 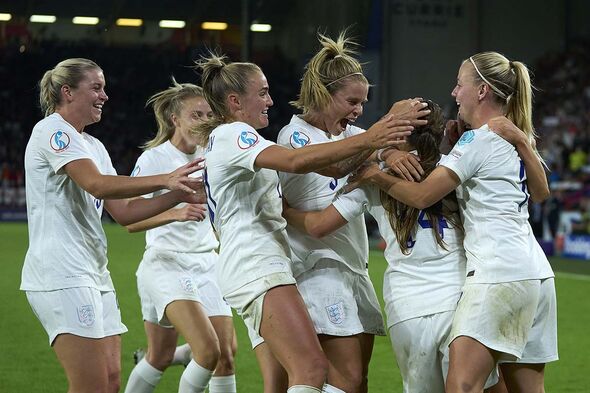 Piers had previously spoken out on women’s football and his views regarding gender.

He was recently embroiled in a public social media spat after sharing a tweet where he referred to the professional footballers as “persons who menstruate football team”.

MP Christian Wakeford furiously replied to the post, accusing Piers of trying to make the situation about himself.

Christian, who represents Bury South, wrote: “Imagine being such a pathetic d**khead that you can’t just enjoy things without using the opportunity to make it all about you.

“No one is stopping you saying women, stop pretending to misunderstand gender inclusive language & creating a hostile environment for Trans people.”

Piers fired back: “Forgive me if I don’t take lectures on language usage from a woke-ravaged foul-mouthed clown MP who defected from the party he was elected to represent to a party he called ‘a bunch of c***s.’

“But many thanks for your thoughts.”

Christian replied: “If being woke is looking out for those more vulnerable than myself, when used by the media as a punch bag then I wear the badge proudly.

“Sacked from The Mirror, sacked from CNN and still crying over Meghan at night.

“No wonder you’re getting about 10 viewers a night.”