The former England striker has revealed that he and his model wife Abbey Clancy were stuck in a terrifying life or death situation when they were away on holiday. 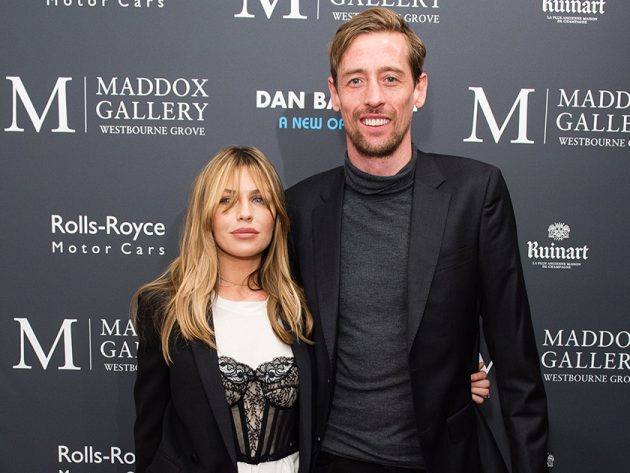 Writing in his new book I, Robot: How to be a Footballer 2, which is currently being released as a serial in the Mirror newspaper, Peter revealed that he and Abbey were involved in a horrifying struggle that ‘turned into a horror movie’ when they were on holiday in Sardinia.

The sportsman revealed that the pair were on a romantic getaway on the Italian island back in 2009 when disaster struck while they were out on a boat trip off the coast of the island.

The couple, who married back in 2011 and now have four children together, were soaking up the sun and sipping champagne when the weather suddenly turned and they could no longer control the vessel. 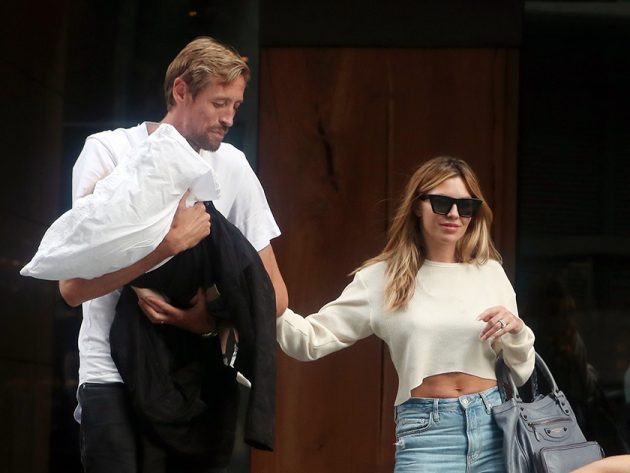 ‘I’d hired a little motorboat for just the two of us and we dropped anchor just off Porto Cervo to catch a few rays,’ wrote Peter.

‘We’d cracked open the champers and were sunbathing on the deck when I became aware the weather had taken a sudden turn for the worse,’ he explained.

‘I tried to grab the anchor but it was snagged on something, and when I tried to put the boat in reverse nothing happened and we started to panic.’

Continuing to explain the fearful encounter, he went on, ‘The wind was sending waves thumping against the hull, spinning us round on our accidental mooring, swinging towards a shoreline that on closer inspection seemed to be made entirely of large, jagged rocks.’

The former Liverpool player explained that the pair took it in turns to hack at the rope with a corkscrew that they had on the boat.

‘Soon, there were more holes in my fingers than the ropes,’ he added. ‘There was blood on the deck, panic in our throats.’

‘What had begun as a romantic gesture was turning into a horror movie and the rocks were getting closer and closer,’ he continued. ‘But just as things were getting really desperate, the rope snapped and we roared away.

He then joked, ‘I don’t know whether we’d have died or not if we’d crashed into the rocks but it certainly wouldn’t have done wonders for my good looks.’