Home » Celebrities » Piers Morgan Has Something To Say About Princess Diana

Piers Morgan Has Something To Say About Princess Diana

Piers Morgan is known for being unapologetically brash, especially when it comes to the British royal family. Case in point: Morgan was thrilled to be at the center of the Meghan Markle drama and did not shy away from sharing his feelings about Meghan and Prince Harry even after storming off the set of “Good Morning Britain” cost him his longtime job. It’s no surprise then that he had some thoughts to share about Princess Diana on the day that would have marked her 60th birthday and the special occasion that brought Prince Harry and Prince William together in London to unveil a statue of their late mother at the Sunken Garden in Kensington Palace, per Independent.

The statue, which was sculpted in bronze by Ian Rank Broadley, shows the late princess surrounded by three children and aims to showcase her generosity and penchant for charity work. As the brothers said in a joint statement, per People, the memorial highlights “her love, strength and character — qualities that made her a force for good around the world, changing countless lives for the better.” It’s a sentiment that was not lost on Morgan, who could not resist sharing his own thoughts about the princess on her would-be birthday.

What did Piers Morgan say about Princess Diana? 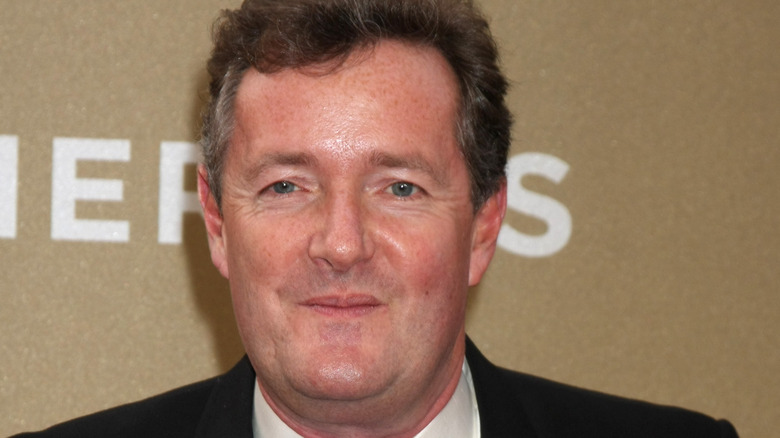 Unlike his unrelenting criticism of the Duke and Duchess of Sussex, Piers Morgan’s comments about Princess Diana struck a lighter note, but they still featured a classic touch of Morgan’s brash honesty. Taking to Twitter, the news anchor shared a photo of himself alongside Princess Diana in which he celebrated her would-be 60th birthday by singing the royal’s praises. “She was a charismatic, smart, beautiful, contrary, sensitive, funny, unforgiving [and] mischievous lady with a massive generous heart,” he enthused. Morgan also called her the “biggest star in the world,” but could not help but add his own speculation about her final, tabloid-making years.

Ignoring all of the ways we now know she was betrayed and refusing to focus on her impressive charitable career or her bravest moments as a royal, the former CNN anchor instead chose to touch on a more somber aspect of the princess’ life. Speculating about how she must have felt, and what may have been the root cause of her (very) public struggles, he concluded his birthday message by adding, “I think all her demons were driven by one thing: she just wanted to be loved.”