Piers Morgan is beating his chest while revealing that network big wigs at ITV in the U.K. desperately want him back on “Good Morning Britain” after the talking head stormed off the show’s set in March following remarks he made about Meghan Markle.

“They reached out — there have been approaches,” Morgan, 56, claimed to the Sun on Friday, adding, “Never say never.”

The show has reportedly hit a ratings lull in the months since the outspoken editor-at-large exited the program in dramatic fashion – and in Morgan’s first print interview since his departure, he haughtily touted his ability to reclaim those who had flipped the channel.

“I have no doubt I could take the ratings back to where I left them — but the doubt is, would anyone be allowed to do it that way again?” Morgan said. “I was hired to give very strong, honestly held opinions, which I did. But in the end I was asked to apologize for a genuinely held opinion.”

Morgan offered intense criticism of Meghan Markle and Prince Harry’s racism claims made against the royal family in their tell-all interview with Oprah Winfrey.

The fallout from his reproach included him leaving “Good Morning Britain” mid-telecast after being called out for his constantly negative view of the Duchess of Sussex before it was announced that he would not return to the daytime program.

At the time, the television personality was defended online by Sharon Osbourne, who subsequently exited “The Talk” after receiving criticism for ultimately enabling his comments, which many believe carried racist connotations.

Now, in an apparent about-face, Morgan alleged ITV bosses came crawling back in a concerted effort to get Morgan back on the popular breakfast-time program. 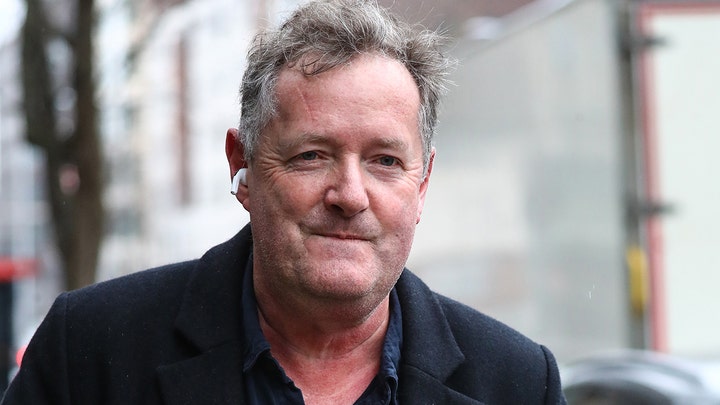 “I have had some quite random third-party feelers put out to see if I would consider a return to the show,” he told the U.K. outlet. “I don’t want to say on the record who, but a pretty close third-party.”

Added the British pundit: “As the Americans say, they reached out — there have been approaches to test the water in the wake of their obvious ratings issues. “It makes me sad to see all the hard work we did to beat the BBC in viewing numbers evaporate so fast. It’s their problem to work out…but never say never.”

Despite the impasse Morgan and the network seemingly have at the moment, ITV is still set to air a special featuring “Piers Morgan’s 100 Life Stories” on Sunday, May 30, in which Morgan will “look back on some of his favorite moments” from the interview series since it debuted in 2009.

Suffice to say, the media magnate hasn’t had any shortage of job offers since his now-infamous tirade but said he’s taking the time to assess the right situation for his future. 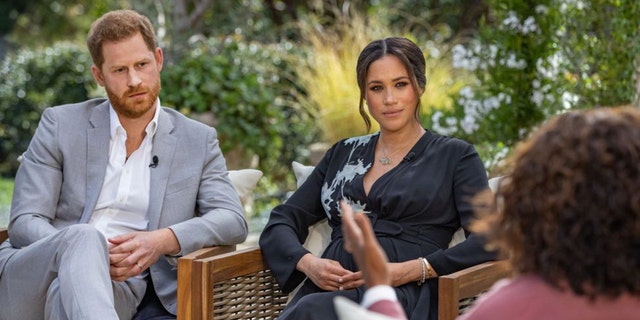 Piers Morgan left ‘Good Morning Britain’ after he offered intense criticism of Meghan Markle and Prince Harry’s racism claims made against the royal family in their tell-all interview with Oprah Winfrey. (Photo by Harpo Productions/Joe Pugliese via Getty Images)

“I’m having some interesting discussions but the nature of television is changing — how people watch and consume it. So I’ll definitely do something on camera — it’s just how that manifests itself,” he said. “I saw Simon Cowell recently and of course he got me my first big break in America. We walked for three hours. I got terrible blisters but I didn’t dare tell him because it felt like he was going to keep going until one of us surrendered.”

Added Morgan: “We talked about a few opportunities — I would like to work with him again. My kids used to only see me on ‘GMB’ on YouTube — some of my stuff got 20, 30 million hits — and that’s how young people are watching stuff nowadays. So there’s no reason I can’t do that myself.”

“I’ve already got a fledging production company and I’ve had a lot of people who want to invest in me; give me a lot of money to do my thing,” he pressed. “So who knows? But it’s exciting.”

Reps for ITV and Morgan did not immediately respond to Fox News’ request for comment.