Piers Morgan, 55, returns to the Good Morning Britain hot seat this morning alongside his co-host Susanna Reid, 49, after their well deserved summer break. But the pair won’t be returning to a show full of ministers ready to discuss the ins and outs of the government’s decisions throughout the coronavirus pandemic, which will make it 126 days since the boycott began.

Not one to bite his tongue, Piers lashed out at the government’s choice to ignore their invitations to be questioned by the presenters, by publicly announcing how long it’s been since they shied away from his wrath.

Taking to his usual battle ground Twitter, he typed: “BREAKING: We’re back – but the Govt boycott of @GMB is continuing.

“Tomorrow will be the 126th day since any minister appeared on our show. 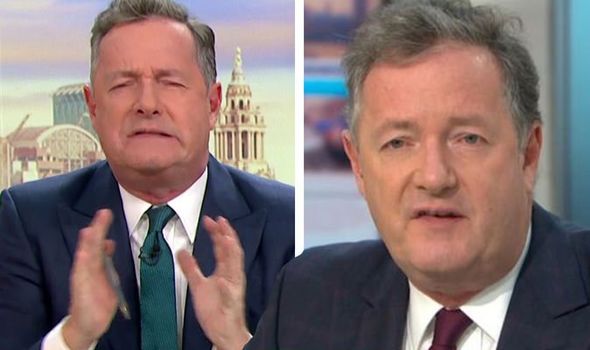 Fans rushed to the comments section to share their opinions and as usual, there was a mixed reaction.

“The public do think this is pathetic. No other word for it, especially since they are terrified of two human beings,” one agreed.

A second was eager to see Piers and Susanna back on the panel after six-weeks away: “Can’t wait to have @piersmorgan back on @GMB it’s been a long boring summer can’t beat waking up to a good rant from the only one with the b***s to actually give the govt a good grilling.”

“Piers thank you for supporting the police when necessary and telling the truths about COVID,” another added. 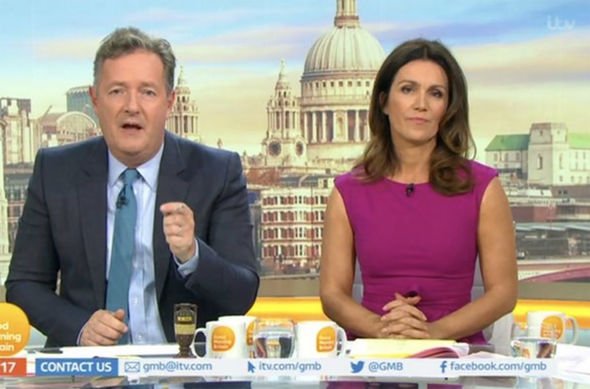 Someone else chimed in: “Reading a lot of s****y tweets. Piers’ is right, it’s downright irresponsible for not one MP to go on a MSM NEWS SHOW to give updates on the current situation. For all they know GMB is all they watch that is ‘newsy’.”

But there were others who still believe that until Piers stops interrupting guests when they’re being interviewed, the boycott will go on for much longer.

“Why would anyone want to be shouted and screamed at by you and her at that time of the morning. Can’t blame them,” one snapped.

Another said: “It’s probably because you don’t let them speak. It even annoys me. Susanna try’s too hard as well, literally asks a question then decides to ask another one without them being allowed to answer.”

“Probably the best decision this government has made throughout the pandemic tbh,”one sarcastically retorted.

Nevertheless, Piers knows how to deal with trolls.

Earlier on, he sent out a scathing warning to all viewers who proposed they join the boycott.

“Memo to all trolls telling me they will not watch @GMB,” he tweeted.

“When I return tomorrow: if you carry out your threat, you’re banned from ever watching @GMB again.

It comes as the ITV star recently returned home early from his summer break in the South of France, having to cut short the lavish vacation due to new quarantine measures which were imposed on those flying to Britain from the country.

The broadcaster dodged the newly imposed regulations by heading home just hours before they were put into place.

He acted quickly to avoid being in self-isolation for 14 days after the UK government announced that France and the Netherlands had been added to the quarantine list.

France is currently seeing their coronavirus cases soar again and is currently tracking nearly twice as many as England each day.