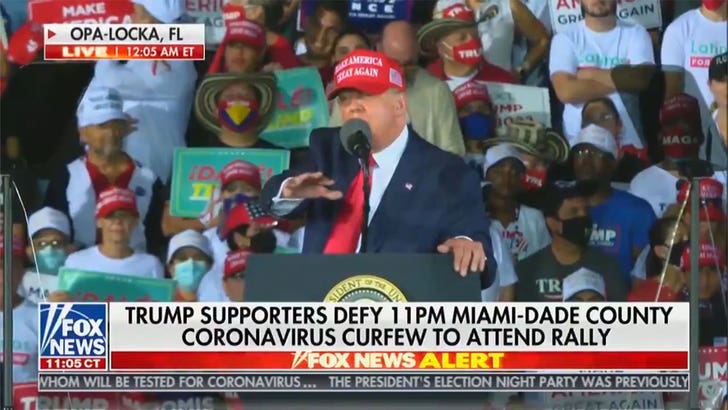 Trump was addressing his supporters in Opa-locka shortly after midnight when he began talking about COVID-19 … specifically, repeating his misleading claim that the country is “rounding the turn” on the pandemic as cases and deaths surge.

This prompted the crowd to break out in a “Fire Fauci!” chant, to which the Prez implied he’s already planning to ax America’s leading infectious disease expert.

Trump said … “Don’t tell anybody, but let me wait until a little bit after the election … I appreciate the advice.” The crowd loved it.

The President added that Fauci’s a good guy but has been wrong about a lot, something he’s repeated as they’ve openly feuded in the media over the last months.

Trump recently said the country is tired of listening to “Fauci and these idiots.” If he wins, seems likely Trump would take that as a sign most of the country agrees with him.

Never-ending drama … as if there wasn’t enough riding on the election.

Inside Dr. Scott Atlas’ Resignation From The Trump Administration

Will the Undoing get a season 2?