Meghan Markle’s 40th birthday video and initiative through the Archewell Foundation may have been all about uplifting women in the workforce, but that doesn’t stop her husband, Prince Harry, from popping in unannounced.

The 36-year-old Duke of Sussex makes a comical cameo during the outtakes of the video. In the snippet, he is seen attempting to juggle outside the window of his and Markle’s home in Montecito, California.

Melissa McCarthy, who is talking to Markle via Zoom in the video, suggests, “What about an afternoon tea with your chickens?” The comedic actress then bursts out laughing as Harry drops the balls he’s juggling and ducks down.

Markle is caught off guard by her husband’s antics, and also starts to crack up. 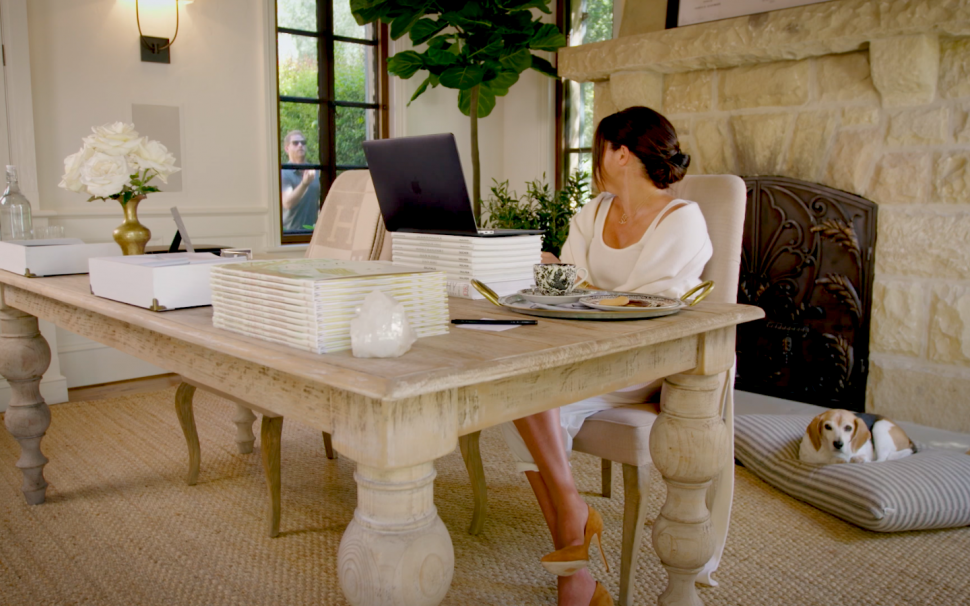 This is the mother of two’s first on-camera appearance since the June birth of her and Harry’s daughter, Lilibet Diana, and she’s using her milestone birthday to promote a new initiative called 40X40.

After McCarthy throws out some funny suggestions on ways to honor the special day, including a Suits reunion, a peaceful photo shoot under a tree, and matching friendship tattoos, Markle offers up her own idea.

“Because I’m turning 40, I’m asking 40 friends to donate 40 minutes of their time to help mentor a woman who’s mobilizing into the workforce,” she says. “Over two million women in the U.S. alone and tens of millions around the world have lost their jobs due to COVID.”

Markle adds of the initiative, “I think if we all do it and all commit 40 minutes to some act of service, we can create a ripple effect.”

The Archewell Foundation urges followers to share the message of service and for those interested to commit their time in honor of the duchess’ 40th birthday.