Jemima Khan, a consultant on the upcoming fifth season of Netflix’s The Crown, has reportedly quit over the show’s handling of Princess Diana. Speaking to The Sunday Times, via Us Weekly, Jemima—who was a close friend of Diana’s—said “It was really important to me that the final years of my friend’s life be portrayed accurately and with compassion, as has not always happened in the past.”

She continued, “In 2019, [creator] Peter Morgan asked me to cowrite on the fifth series of The Crown, particularly those episodes which concerned Princess Diana’s last years before she died. After a great deal of thought, having never spoken publicly about any of this before, I decided to contribute.” 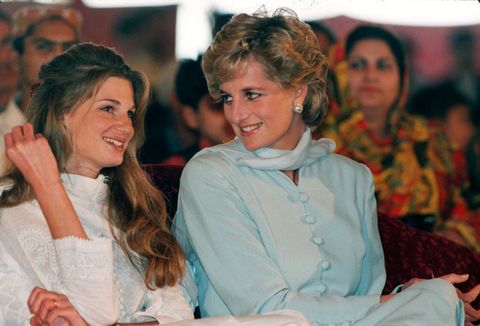 Jemima worked on “the outline and scripts from September 2020 until February 2021” but said that she’s since pulled out—and requested that her contributions be removed.

“When our cowriting agreement was not honoured, and when I realized that particular story line would not necessarily be told as respectfully or compassionately as I had hoped, I requested that all my contributions be removed from the series and I declined a credit,” she said.

Netflix has released a statement about this turn of events, denying that Jemima was ever a writer on the show:

“Jemima Khan has been a friend, fan and a vocal public supporter of The Crown since season 1. She has been part of a wide network of well-informed and varied sources who have provided extensive background information to our writers and research team — providing context for the drama that is The Crown. She has never been contracted as a writer on the series.”

For more details on The Crown’s upcoming season (which is set to drop in November 2022) head below: