Rapper Lil Keed, a rising star from Atlanta and member of Young Thug‘s controversial YSL label, is dead … according to his reps and family members.

His brother, Lil Gotit, said, “Can’t believe I seened u die today bro I did all my cries I know what u want me to do and that’s go hard for Mama Daddy Our Brothers Naychur and Whiteboy.”

Complex and Rolling Stone first reported the death after getting confirmation from Keed’s reps.

Although the “Trapped on Cleveland 3” rapper was signed to YSL, he was not part of the recent indictment in Atlanta that led to Gunna, Young Thug and 26 other YSL associates getting arrested on RICO charges.

After the raid and arrests, Keed posted an impassioned declaration about his label, insisting YSL was not a criminal organization … as the Fulton County D.A. has claimed in the 56-count indictment.

Lil Keed had recorded popular songs, including “Snake,” “She Know” and “Wavy (Remix).” He has various collabs throughout his successful albums with Travis Scott, Young Thug, Chris Brown, Gunna, Zaytoven and Lil Yachty, just to name a few. 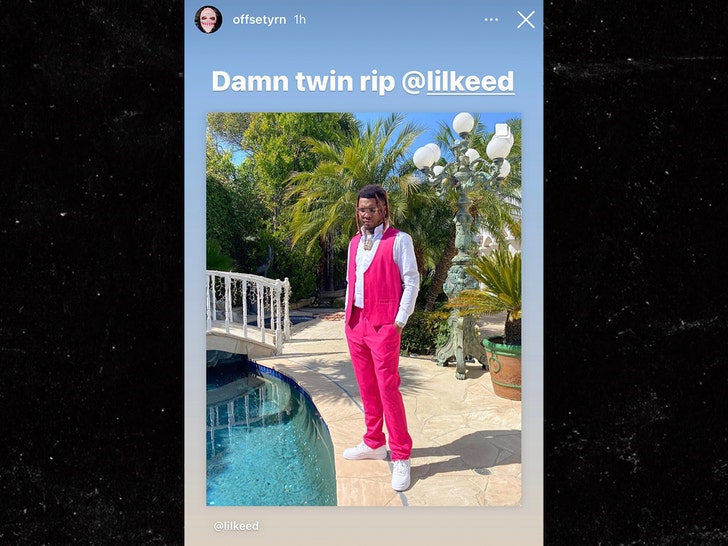 Taylor Bennett wrote on his IG, “Keed you are the new sound of music surpassing hip hop and all genres.”

Quana Bandz, Keed’s GF posted a heartbreaking tribute to him on IG saying, “I love you sooooo much baby what I’m post to do with out you😤 I can’t breathe right sleep right nothing. I don’t even wanna talk to nobody. Keed I can’t take this why you leave US bru.”

Keed leaves behind his GF, Quana, and their daughter Naychur.