Home » Rose McGowan tears into Alyssa Milano, Joe Biden, Time's Up CEO amid Cuomo scandal: 'Your time is up'

Rose McGowan tears into Alyssa Milano, Joe Biden, Time's Up CEO amid Cuomo scandal: 'Your time is up' 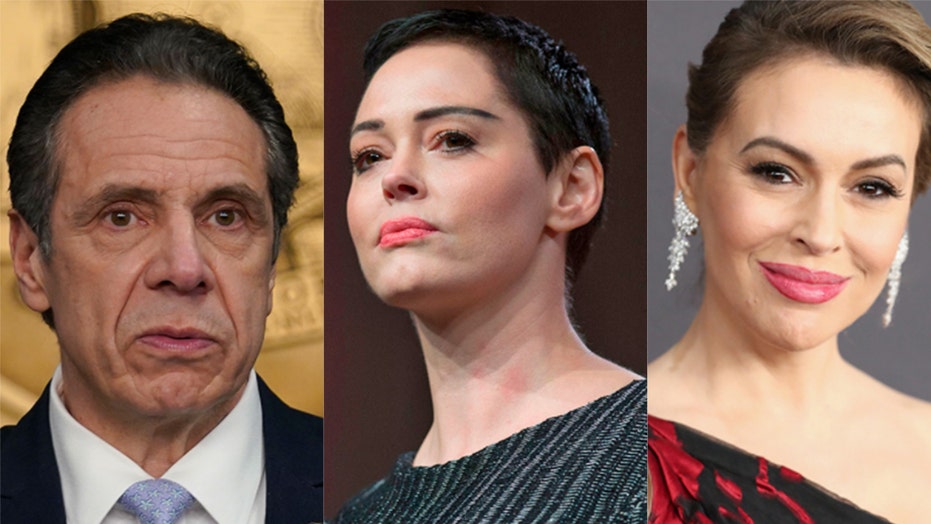 Rose McGowan is continuing to air her frustrations with celebrities and politicians.

The 47-year-old “Charmed” alum has long been an advocate for sexual harassment and abuse victims. This week, she tore into New York  Gov. Andrew Cuomo after state Attorney General Letitia James’ report found he sexually harassed multiple women in violation of state and federal law.

Now, McGowan is also going after Time’s Up CEO and President Tina Tchen after James’ report claimed she allegedly provided guidance on the drafting of a letter Cuomo advisers released that denied the legitimacy of allegations made by his first accuser and former aide Lindsey Boylan.

In a statement shared to Twitter, McGowan turned her attention to Time’s Up to reiterate her belief that it’s founded on lies.

“Remember when Hollywood actresses & paid off activists wore stupid black dresses at the Oscars? That was sponsored by Times Up who were meant to help abuse victims I told the world they are a lie 3+ years ago,” McGowan’s statement begins.

“I was mocked & harassed by so many who want to believe the illusion. Wake up. Hard truths are inconvenient & uncomfortable. So what, suck it up,” she said.

McGowan’s tweet refers to the 2018 Golden Globes red carpet which saw some of the biggest stars step out in black outfits to keep the spotlight on sexual harassment and assault scandals that have rocked Hollywood and similar industries. Time’s Up, an initiative that aims to eliminate sexual misconduct, organized the demonstration.

“Milano, TimesUp, fake performatives and profiteers. Alyssa’s statement at the time was gaslighting in full effect. She said of my truth telling ‘Hurt people hurt people.’ No, Alyssa, it’s lizard people like you, SDK Knickerbocker, Gov Cuomo, the Pres, Tina Chen who hurt people. Your time is up. Exit stage left,” McGowan concluded. 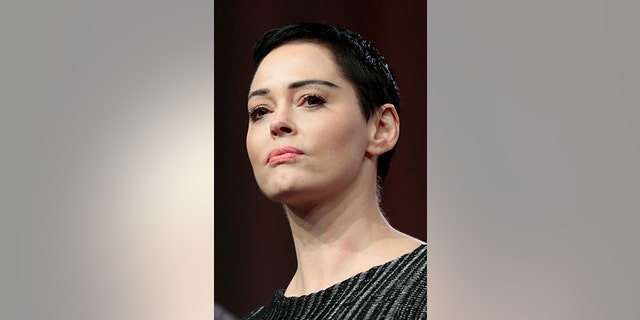 ‘Charmed’ alum called for Cuomo to step down from office earlier this week ni a passionate video.  REUTERS/Rebecca Cook – RC11366C3730

In the report, James claimed Cuomo’s top aide, Melissa DeRosa, testified that the governor instructed her to seek further input from attorney Roberta Kaplan, who co-founded the Time’s Up legal defense fund with Tchen.

“According to Ms. DeRosa, Ms. Kaplan read the letter to the head of the advocacy group Times Up [Tchen], and both of them allegedly suggested that, without the statements about Ms. Boylan’s interactions with male colleagues, the letter was fine,” James said in her report.

Tchen has since denied her involvement on Twitter, writing “I have never given advice to the Governor or his team.”

“I had a phone call with Robbie Kaplan about a letter she said was being sent by his staffers during which I gave the same advice I give to everyone else: No survivor should be attacked and the truth should be told. I’m furious that the Governor’s office used me and TIME’S UP as a justification for their defense. TIME’S UP is an organization that has always centered survivors while holding those committing harm accountable. Any characterization of us to the contrary is simply not true,” Tchen added.

Earlier this week, McGowan slammed Cuomo in a video she posted to Twitter, calling him a “prick” and asking for him to “go home.” She also has publicly backed Biden supporter Tara Reade.

Reps for Milano, Tchen, and Time’s Up did not immediately respond to Fox News’ requests for comment.