Sarah Ferguson knows what it’s like to face the harsh U.K. tabloids.

The Duchess of York married Prince Andrew, one of Queen Elizabeth II’s sons, in 1986. They welcomed a daughter named Princess Beatrice in 1988, followed by Princess Eugenie in 1990.

Ferguson, 61, and Andrew, 61, called it quits in 1996. But as a member of the British royal family, the duchess said it’s difficult to escape public scrutiny – no matter how hurtful it is.

“When they say you’re the ‘Duchess of Pork’ or you’re ‘frumpy Fergie,’ you start believing it,” she told Town & Country for their September 2021 issue.

The press also pitted Ferguson against her pal Princess Diana. 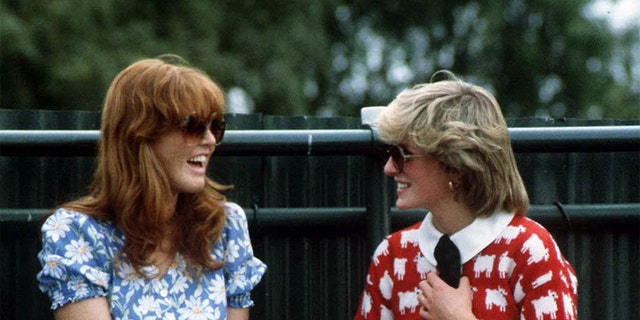 Princess Diana (right) with Sarah Ferguson at the Guard’s Polo Club, Windsor, June 1983. Diana passed away in 1997 at age 36 from injuries she sustained in a Paris car crash.
(Photo by Jayne Fincher/Princess Diana Archive/Getty Images)

The outlet noted that Ferguson has experienced some public hiccups, like the time she was caught promising a News of the World reporter disguised as a sheik access to Andrew in exchange for nearly $700,000. Since then, she’s released a book and “embarked on a series of media apologies.”

Ferguson said that her media attorney once told her, “I think you probably are the woman in the world who has had more bad front pages than any other.”

“I took it as a huge compliment,” said the royal. “I’m really proud that I’m still here.” 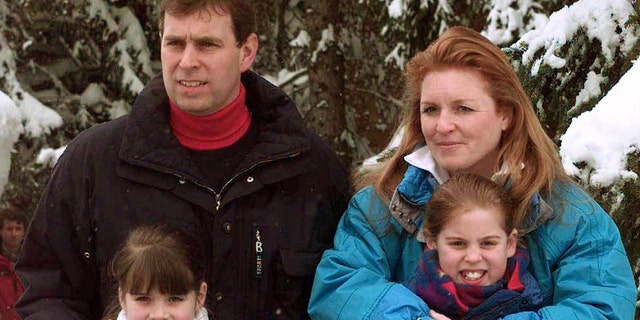 Prince Andrew and his then-wife Sarah Ferguson and their two daughters, Eugenie, bottom left, and Beatrice on February 19, 1999.
(AP)

But these days, Ferguson is enjoying her time as a grandmother. Eugenie, 31, welcomed a son in February and Beatrice, 32, is expecting a baby this fall.

“It’s a very good moment because I’m free,” Ferguson explained. “She’s still with me, that person who thinks she’s fat, ugly and disgusting, and she still has to have her hair done to talk to you, but she’s now not so vocal. The truth is, I am 61 years old and I’m free of the self-sabotaging Sarah.”

As for Andrew, while he is dealing with his own woes regarding his controversial friendship with late financier Jeffrey Epstein, Ferguson said she and her ex-husband are devoted to their children.

“There is no question that we remain steadfast to each other in loyalty, integrity [and] honor,” she said. “The family is everything to me. The most important thing is the girls.”

Most recently, the duchess landed a book deal for her debut novel, a historical romance fictionalizing the life and loves of her great-great-great aunt. 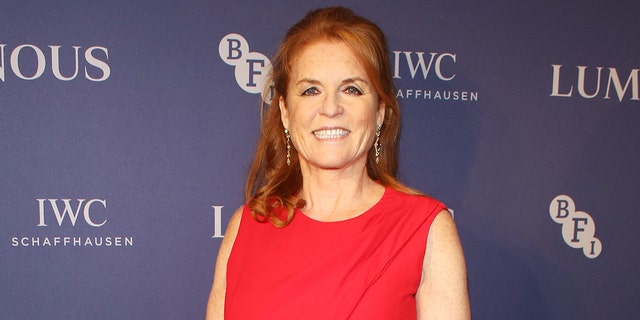 Sarah Ferguson has written a novel titled ‘Her Heart for a Compass’ inspired by her great-great-great aunt.
(Photo by David M. Benett/Dave Benett/Getty Images for IWC)

The novel, titled “Her Heart for a Compass,” is set in the Victorian era and is “about daring to follow your heart against the odds.”

Publisher Mills & Boon, a romance imprint of British publisher Harlequin UK, said the story is based on Sarah’s ancestor, Lady Margaret Montagu Douglas Scott, who fled an arranged marriage and “the confines of polite society.”

Ferguson said she also drew on “many parallels from my life” for the love story.