Here’s Seth Rogen shooting scenes for the upcoming Hulu series on the Pamela Anderson and Tommy Lee romance … and his role’s got him rocking jean shorts and a mullet.

Ya gotta see Seth in character as Rand Gauthier, the guy who famously stole a safe from Pam and Tommy’s house which contained their infamous sex tape … Seth’s got a long sleeve shirt tucked in his jorts, plus sideburns and dad sneakers.

Sonia Rockwell‘s also dressed up as “fake Pam” in the scene, which was being filmed Wednesday afternoon on Hollywood Blvd. 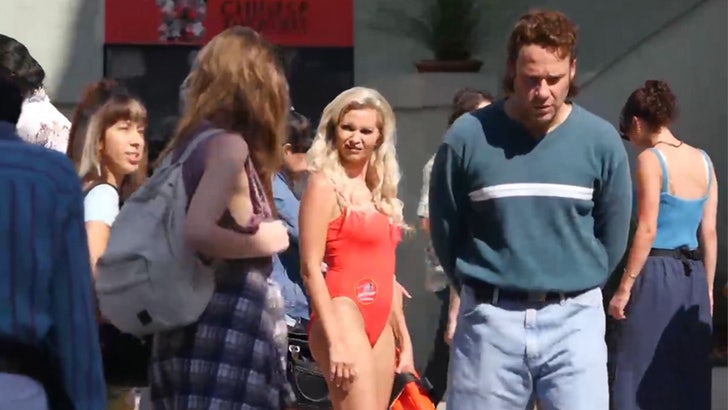 Lily James‘s playing the “real Pam” in the streaming service limited series, but Sonia’s got “fake Pam’s” look-down pat with long blonde hair, a red one-piece swimsuit and a lifeguard rescue can.

We’ve also got video from the shoot too … and you can see Seth and Sonia interacting before he walks off into a crowd, leaving Sonia with a puzzled look.

Seth’s acting and working as an executive producer on “Pam & Tommy” … and it looks like he’s really into the project.