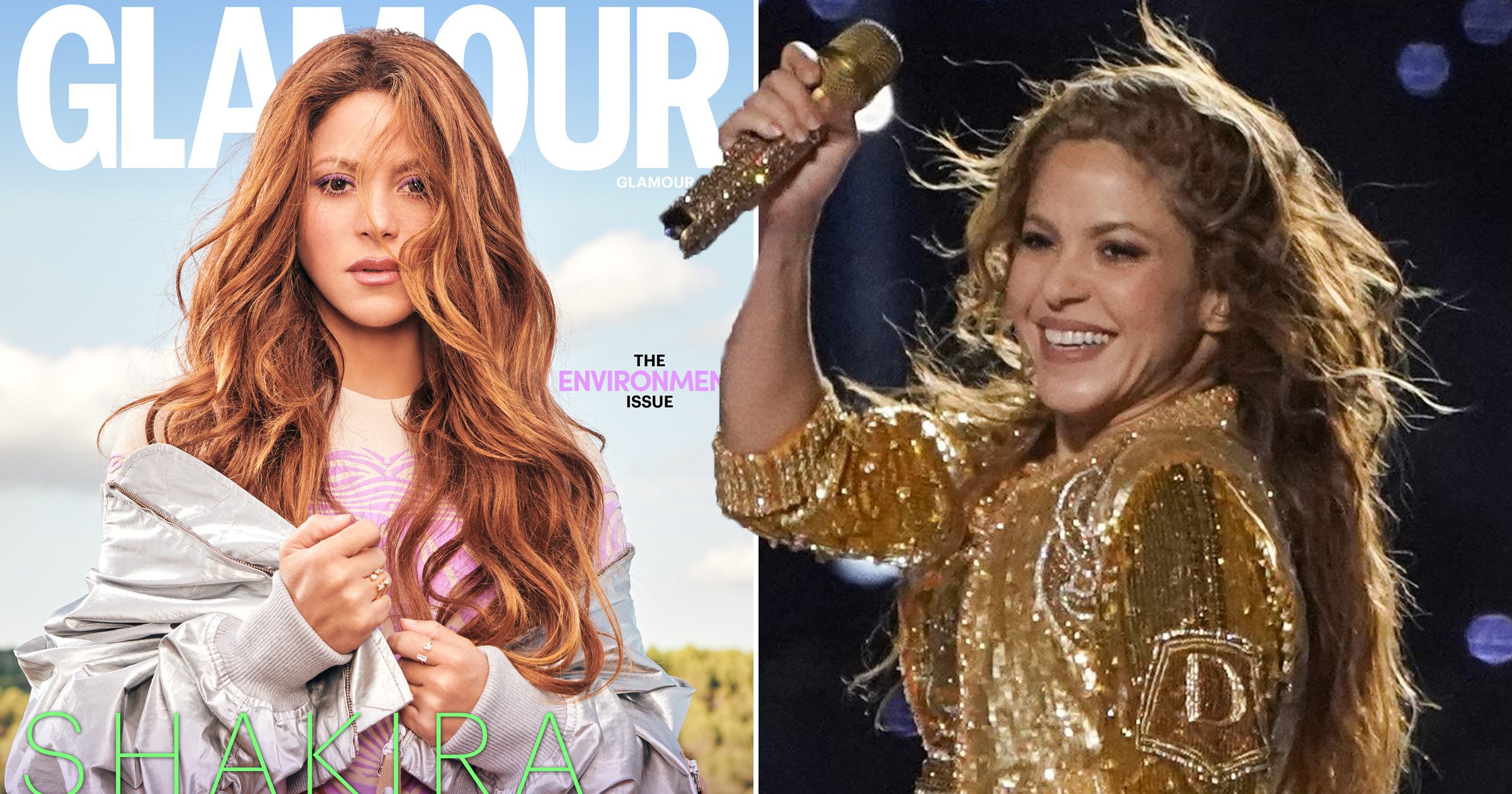 Shakira may be the recipient of 15 Grammys, boast record sales of 80million and be known purely by her first name around the world – but she is still prone to a hair mishap, just like the rest of us.

Possibly more stressfully for her however, it happened the night before her monumental Super Bowl halftime show performance with Jennifer Lopez in 2020.

Joking that her hair is ‘the biggest source of suffering in my life’, the 44-year-old revealed a hair dye disaster that her and her team had to rush to try and fix at ‘almost midnight’ the day before the Super Bowl.

Speaking to Glamour UK for the November digital edition cover story, the Waka Waka singer explained: ‘I was dying my hair the night before the Super Bowl, with the exact same hair dye that I use every time. And that night, my hair decided to turn black! It was [also] my birthday. It was almost midnight. And of course, the next day I had to be up and ready and perfect and fresh.’

Exclaiming that ‘of course there had to be some kind of drama’ the night before the Super Bowl, the Hips Don’t Lie chart-topper added: ‘I was freaking out.’

As her hair colourist worked as quickly as they could to reverse the dye, using 40 volume peroxide water, the star admitted that her scalp got ‘really irritated’ and ‘a lot of stuff happened after that’.

She continued: ‘But I tell you something, my hair does really cruel things to me because it’s always keeping me on the edge, but it also survives a lot. It’s very resilient.’

The She Wolf singer and J-Lo made history in February 2020 as the first two Latina women to co-headline the coveted halftime show slot, with Shakira sharing that felt she had a ‘huge responsibility’ to ‘represent a minority and a demographic that is so much more than the clichés’.

Last year’s Super Bowl show was rather different due to the coronavirus pandemic, with around 25k fans – including 7.5k vaccinated healthcare workers – allowed inside the Raymond James Stadium, which has a capacity of 65,890.

Headliner The Weeknd saw the rest of his crowd made of cut-outs, and the star’s performance went on to spark many a meme.

Next year’s halftime gig promises icons aplenty with a whopping five artists stepping up to the plate.

Dr Dre, Eminem, Kendrick Lamar, Snoop Dogg and Mary J Blige will all perform at the show on February 13, 2022, which promises ’12 minutes of unforgettable greatness’.