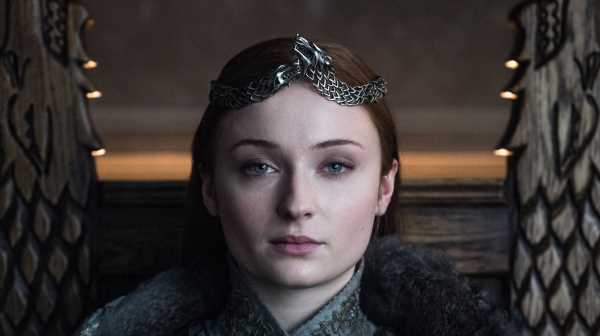 Sophie Turner was asked if she had any “dream endings” for Game of Thrones‘ eighth and final season.

The 23-year-old actress, who portrayed Sansa Stark on all 8 seasons, responded, “I thought Arya would kill Cersei. And I would like to have seen Sansa and Cersei reunited, or Arya and Cersei. But there were so many ways the story could have turned out. I felt very passionately about the ending for Sansa, and I was very happy with the ending that turned out for her.”

Sophie did tell The Wrap that she felt “defensive” over the backlash to season eight.

“The fans are incredible and so loyal, and we love them because of the fact that they’re so, so passionate. I cannot fault them there. But when people were saying that there was no effort, that the writers were terrible … The most effort was put into this final season,” Sophie said. “We were shooting for an incredibly long time, nearly 11 months. We did the most night shoots anyone has done ever, I think. I felt a little defensive, and I think I’m entitled to feel like that.”

And Sophie also revealed how she felt about the ending, saying, “I think it’s true what Tyrion was saying: Bran holds all of our stories, and we can’t move on unless we remember our history. Daeneyrs had to die. Cersei was a mad queen. Arya is too much of a free spirit. Sansa probably wouldn’t want to rule the seven kingdoms anyway — she wanted to stay in the North and defend the North. I really think Bran might be the perfect person for the job.”

And don’t forget, Game of Thrones might have a huge night at the Emmy Awards next month!