Sophie Turner, 23, and Joe Jonas, 29, tied the knot for the second time yesterday in an opulent ceremony at Chateau de Tourreau in Sarrians. According to E! News, a source revealed the newlyweds’ elegant venue was covered in white flowers and glass candles. The actress’ Game of Thrones co-star Maisie Williams, 22, was in attendance and dressed in white for the occasion. The British star shared a snap of her slightly racy outfit on Instagram with her 11.9 million followers and caused a stir as she opted to go braless for the occasion.

In the photo taken outside the wedding venue, Maisie was pictured putting on a cosy display with her boyfriend Reuben Selby, 22.

They also co-ordinated their hairstyles, which were both dyed in a vibrant shade of pink.

However, Maisie stole the show with her low-cut dress as she appeared to forgo a bra.

The gown highlighted the Game of Thrones favourite’s slender figure as it nipped her in at the waist with two small black buttons holding the fabric together.

The outfit appeared to mirror the aesthetic of her beau’s jacket, which also featured buttons and suit inspired pockets. 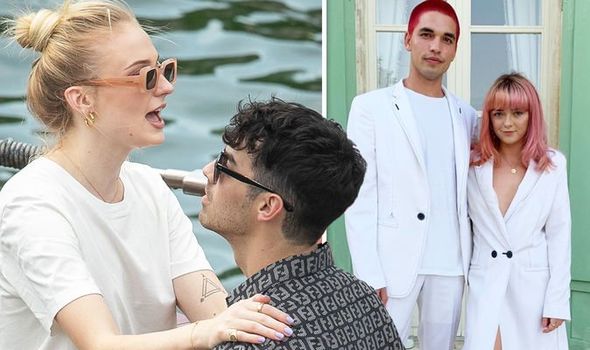 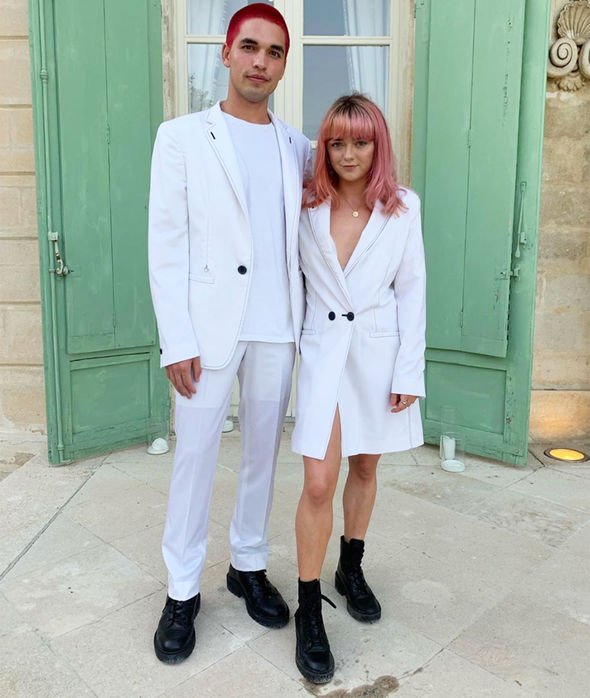 Maisie flaunted her décolletage in the dress, as she accessorised with a small gold pendant.

She completed the look with a pair of sturdy black leather boots and wore her tresses in loose waves.

The star captioned the photo: “White party for the bride and groom.”

One Game of Thrones viewer joked in reference to the actress’ on-screen love interest: “Gendry doesn’t like the post.” 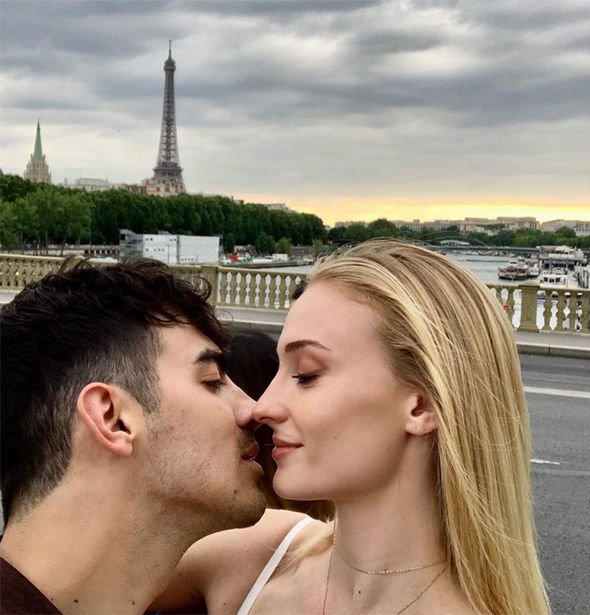 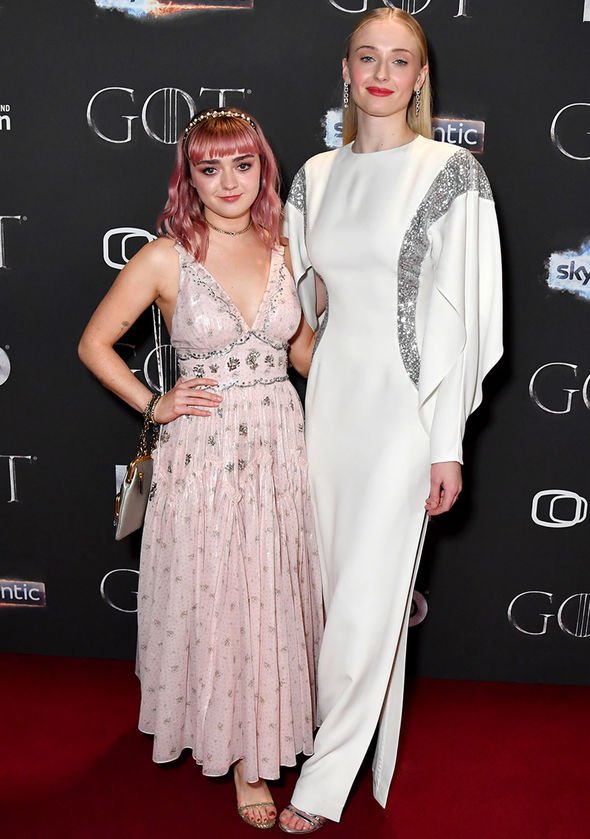 Another added: “I love the matching hair color!!”(sic)

A third admirer replied: “Those legs.”

A fourth cheekily commented: “Are you naked under that coat?”

Sophie and Joe’s second wedding comes after they decided to marry in a Las Vegas chapel last month.

The pair’s spontaneous ceremony was officiated by an Elvis Presley impersonator.

In clips uploaded to DJ Diplo’s Instagram, Sophie was seen walking up the aisle in a wedding dress and veil, while Joe was seen waiting for his bride-to-be in a grey suit.