Susanna Reid, 52, has presented on Good Morning Britain since 2015 alongside Ben Shephard and Kate Garraway, but formerly worked alongside Piers Morgan before he left ITV last year. She is no stranger to criticism from opinionated viewers, but was left baffled as she and Piers were slammed for “gobby virtue signalling” on the show yesterday, despite the latter’s departure to TalkTV, while she took to Twitter to further call out the government for their “misleading” £2,500 energy cap figure.

Susanna sent a Twitter message after the show, in view of her 889,300 followers, to further her on-air conversation with Martin Lewis.

She wrote: “I was with a photographer who rang his energy company in despair as his bill was going from £3k to £5k.

“This is why the govt trotting out the £2500 figure is misleading. The cap is per UNIT of energy NOT per bill.” 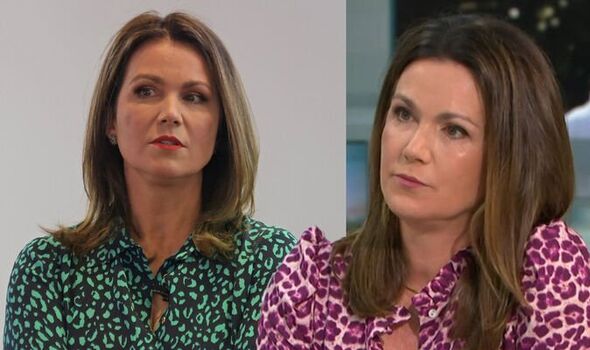 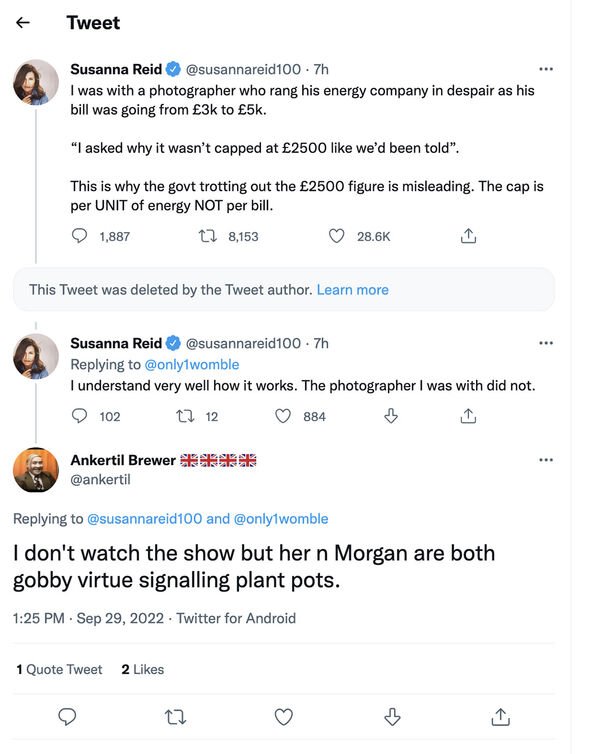 In a now-deleted tweet, a viewer seemed to have criticised the presenter for not understanding how the energy bill cap works.

Susanna replied: “I understand very well how it works. The photographer I was with did not.”

The opinionated viewer Ankertil hit back: “I don’t watch the show but her n Morgan are both gobby virtue signalling plant pots.”

A flabbergasted Susanna hinted at the viewer’s error in not realising Piers had quit the show some time ago, as she simply sighed: “Where to start…?” 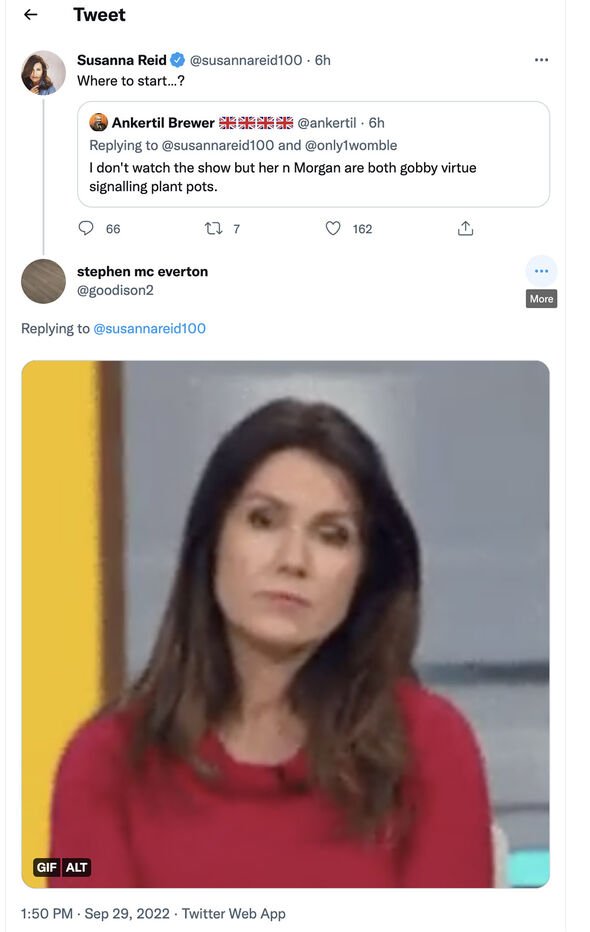 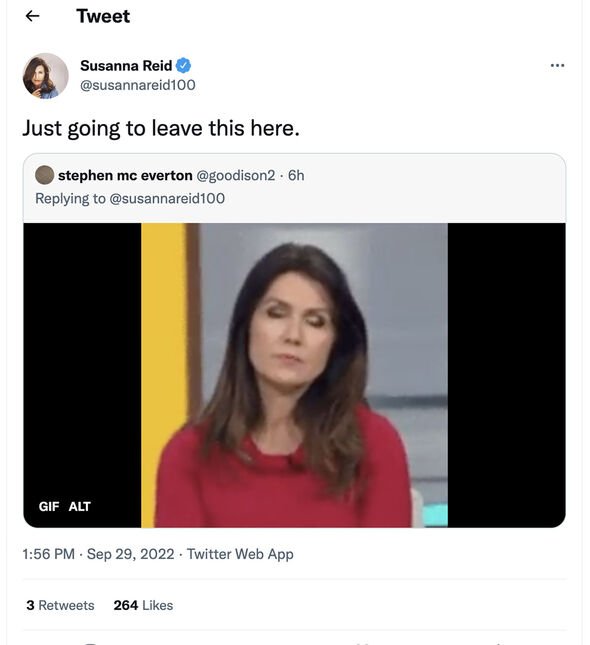 She then shared a short GIF of herself looking unamused with her eyes wide open, showing her shock and exasperation over the GMB criticism.

Susanna went on to reply to several other Twitter users, who even began to criticise her use of quotation marks in her original tweet.

GXBlue1 said: “Are you really this dim Susanna? You should do some research sweetie, some people actually rely on you. It’s your responsibility to be better informed than this.” (sic)

Susanna simply replied: “Oh sweetie – you should read the tweet.”

GXBlue1 further added: “I have. Its rubbish. Your media studies degree doesn’t serve you well in basic English on this occasion.” (sic)

The former BBC Breakfast presenter hit back: “I studied Politics. And basic English dictates that you meant to write It’s not Its. You’re welcome.” (sic)

Several other Twitter users criticised her use of quotation marks, with some leaping to her defence.

Zx_spectrum_30 said: “Good Morning, still getting grief for this? Can confirm as someone who considers himself pretty financially aware (is my job after-all), the messaging on this whole £2,500 cap was clear as mud.”

Susanna quipped: “I don’t consider it grief – it’s part of the fun of Twitter.”

After reiterating his point on the show, Martin wrote in a series of tweets: “Pls share to stop confusion. THERE IS NO £2,500 CAP ON ENERGY BILLS.