Even though it appears members of the Trump family have taken a cue from their patriarch, ex-President Donald Trump, in moving their family nexus from the high-rises of New York City to the balmier shores of South Florida, it’s also feasible that certain members of their brood aren’t as tight-knit as they once were during their White House days. The most glaring example among them is none other than Ivanka Trump, who along with her husband Jared Kushner — both of whom served as senior advisers during the Trump administration — have purportedly drifted away from Trump’s political vision.

While Ivanka has supposedly veered away from politics in order to focus on her family, others have speculated her withdrawal from public life, which includes refraining from posting on social media, could be an effort to side-step any potential legal issues related to charges brought against the Trump Organization, where she once served as an executive vice president. Now, according to sources close to both Ivanka and Kushner, it appears the latter has plans for his own future that might follow suit, all of which revolve around a potential career change. So, what does Jared Kushner have up his sleeve? Read on to find out his reported plans.

Jared Kushner is moving into the private sector 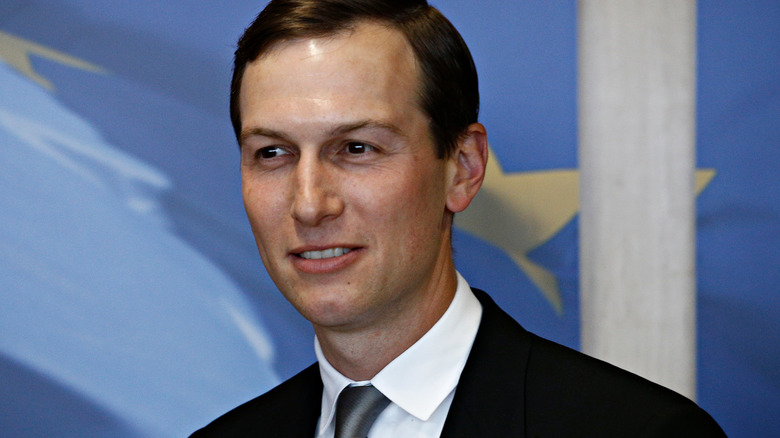 As Reuters reported on July 28, sources close to Jared Kushner informed the media outlet of his plans to open up an investment firm within the next few months, though Kushner himself has not spoken publicly about his next moves. Per Reuters, the firm itself will be named Affinity Partners and will be headquartered in Miami, where both he and Ivanka Trump currently live. As of this writing, details about investors who may or may not be involved remain scarce. The news network also stated Kushner “is also looking to open an office in Israel to pursue regional investments to connect Israel’s economy and India, North Africa and the Gulf,” which makes sense, considering Kushner’s former role within the White House as a deals liaison between Israel and other Middle Eastern countries.

Kushner’s move to the financial private sector could suggest that he is attempting to stay out of the realm of politics for the foreseeable future — which, if that’s indeed the case, would possibly alter any plans Donald Trump might have for launching a de facto Trump political dynasty. However, Donald has at least has one of his children feasibly in the mix for a career in politics: his son, Donald Trump, Jr., who has been a major power player in campaigning and fundraising for GOP candidates in the upcoming 2022 midterm election, and rated in a conservative poll as the top Republican pick for 2024.