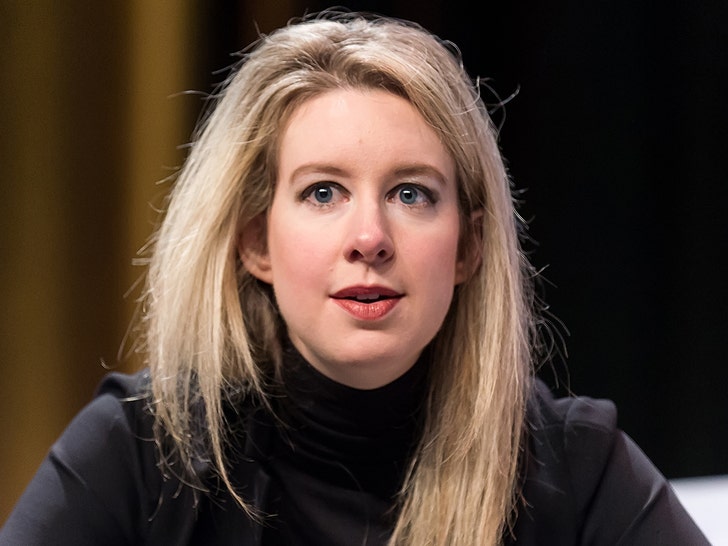 Elizabeth Holmes is one huge step closer to doing hard time — the jury found her guilty on 4 of the 11 charges she was facing in her fraud trial.

The founder of the blood-testing startup Theranos was facing two counts of conspiracy to commit wire fraud and nine counts of wire fraud for deceiving investors, patients and advertisers … all in search of money and fame.

After a week of deliberation, the jury returned its verdict Monday … convicting her of one count of conspiracy to commit wire fraud and 3 counts of wire fraud.

The jury found Holmes not guilty on 4 counts … including 3 counts of wire fraud, and one count of conspiracy to commit wire fraud. One charge was also dropped.

The jury remained deadlocked — unable to reach a verdict — on 3 counts. Prosecutors could re-charge Holmes on those counts, or just let it go.

During the trial, Holmes testified that she meant well, and trusted the scientists behind the start-up. The jury heard from 32 witnesses in total.

Leading up to the trial and verdict, there’s been a documentary, a best-selling book, and a podcast about the company’s alleged fraud and deception.

The billion-dollar company made promises it could conduct cheaper and easier blood testing, but, it was later revealed its devices could only perform a mere 12 tests — instead of Elizabeth’s claim of 1,000 — and the company shut down 3 years later.

Holmes now faces up to 20 years behind bars for each guilty verdict … although it’s unlikely she’d get the maximum without a prior criminal record. Her legal team is vowing to appeal.