Home » Celebrities » There She Is! LVP Arrives in Kentucky for Brittany Cartwright, Jax Taylor Wedding

There She Is! LVP Arrives in Kentucky for Brittany Cartwright, Jax Taylor Wedding 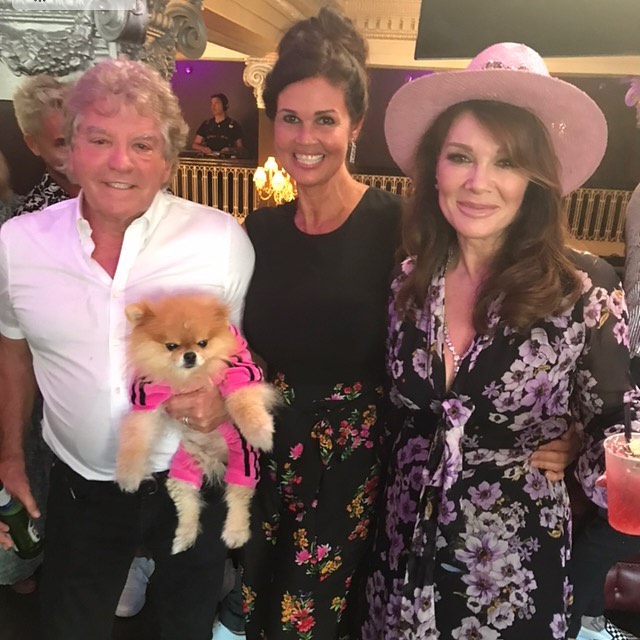 Wouldn’t miss it for the world! Lisa Vanderpump landed in Kentucky just in time to celebrate with Vanderpump Rules stars Brittany Cartwright and Jax Taylor, who are set to tie the knot on Saturday, June 29.

Cartwright’s mom, Sherri Cartwright, shared a picture that showed her smiling next to Vanderpump, 58, and Ken Todd, at a pre-wedding party on Friday, June 28. “Ken & Lisa Vanderpump have made it to KY,” Sherri captioned the Instagram snap.

Stassi Schroeder, meanwhile, added an Instagram Story that showed Vanderpump enjoying the festivities while dressed to the nines in a floral dress and pink hat. 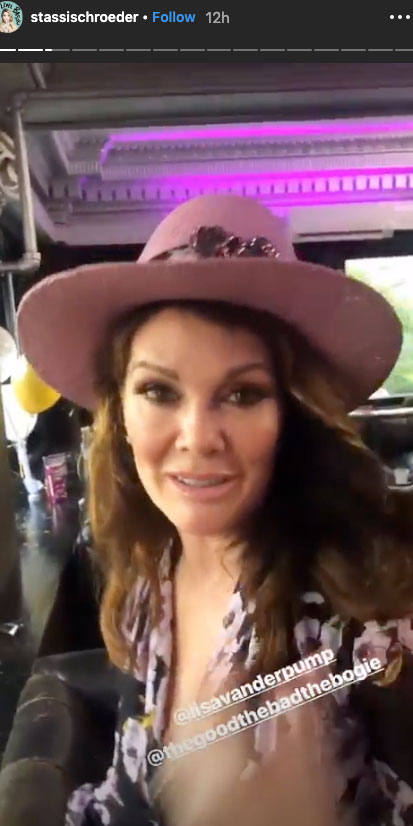 Speculation that the SUR restaurant owner wouldn’t make it to the nuptials began to surface earlier this month after the sudden death of Vanderpump’s mom, Jean Vanderpump. Us Weekly confirmed on June 17 that Jean died at age 83 in England.

“She requested privacy at this time while she prepares for her trip back home to England to deal with the funeral,” a friend close to Lisa told Us at the time. A family member added that the Bravo TV personality was “shocked and devastated.”

The following week, Lisa broke her silence on the loss of her mother. “As you go to RIP with Mark, mummy. A tragic year for sure,” the Real Housewives of Beverly Hills star — whose brother Mark died of an alleged drug overdose in April 2018 — tweeted alongside a family photo on Tuesday, June 25. “I thank all of you for your beautiful messages and words of kindness. Life is so fragile and I have no time for negativity.???”

Prior to her mom’s death, Lisa exclusively revealed to Us Weekly that she would not return for season 10 of RHOBH amid ongoing drama with her former castmates.

“I made the decision to leave. It was a very difficult year for me, personally and professionally,” she told Us earlier this month after she skipped the reunion taping. “I had wonderful things happen this year, opening up and TomTom and the cocktail garden in Vegas. The Housewives, it’s just, it’s emotionally too difficult to deal with.”

On a happier note, Lisa will be surrounded by friends this weekend. Along with Schroeder, she will be celebrating Brittany and Taylor’s wedding alongside Vanderpump Rules stars including Katie Maloney, Tom Schwartz, Kristen Doute, Tom Sandoval, Ariana Madix, Scheana Shay, Beau Clark and Lala Kent.