This is SO awkward!

As the 32-year-old Higgins and his 26-year-old now-spouse were saying their vows on Saturday afternoon, two former Bachelor stars who haven’t always had the best relationship were coming in VERY close contact!

Curious fans correctly realized over the weekend that 41-year-old Nick Viall and 34-year-old Shawn Booth were both at Higgins’ wedding in the central Tennessee town.

Viall and Booth were the final two suitors left vying for now-36-year-old Kaitlyn Bristowe‘s hand in marriage during her season of The Bachelorette, which aired in 2015. Bristowe chose Booth after his proposal on the final episode of that season, while Viall went on to be the leading man in season 20 of The Bachelor the following year. 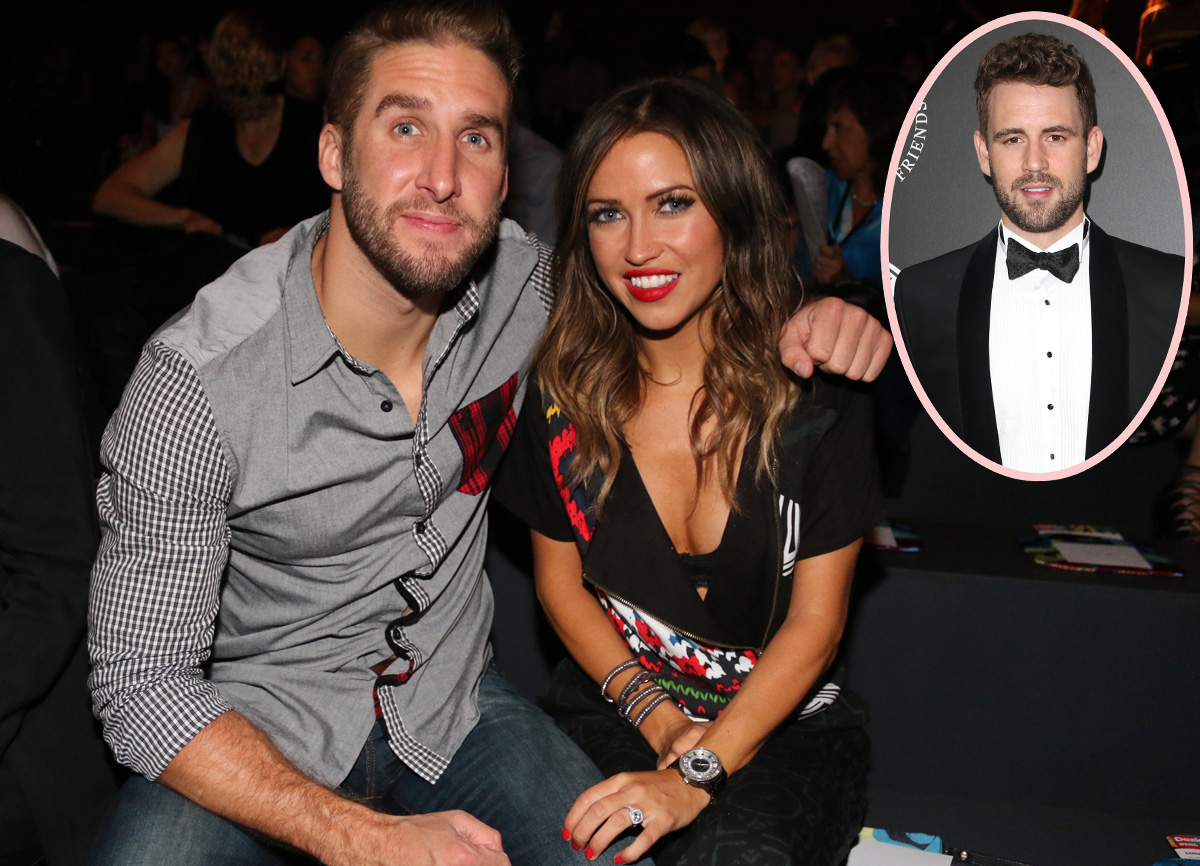 As it began to dawn on fans that both Viall and Booth had been at Higgins’ wedding, one of ’em asked the Viall Files host about the rivals’ impromptu reunion.

And true to form for the funny reality TV star-turned-podcaster, Nick didn’t disappoint with the perfect quip for an answer via his Instagram Stories, as you can see (below): 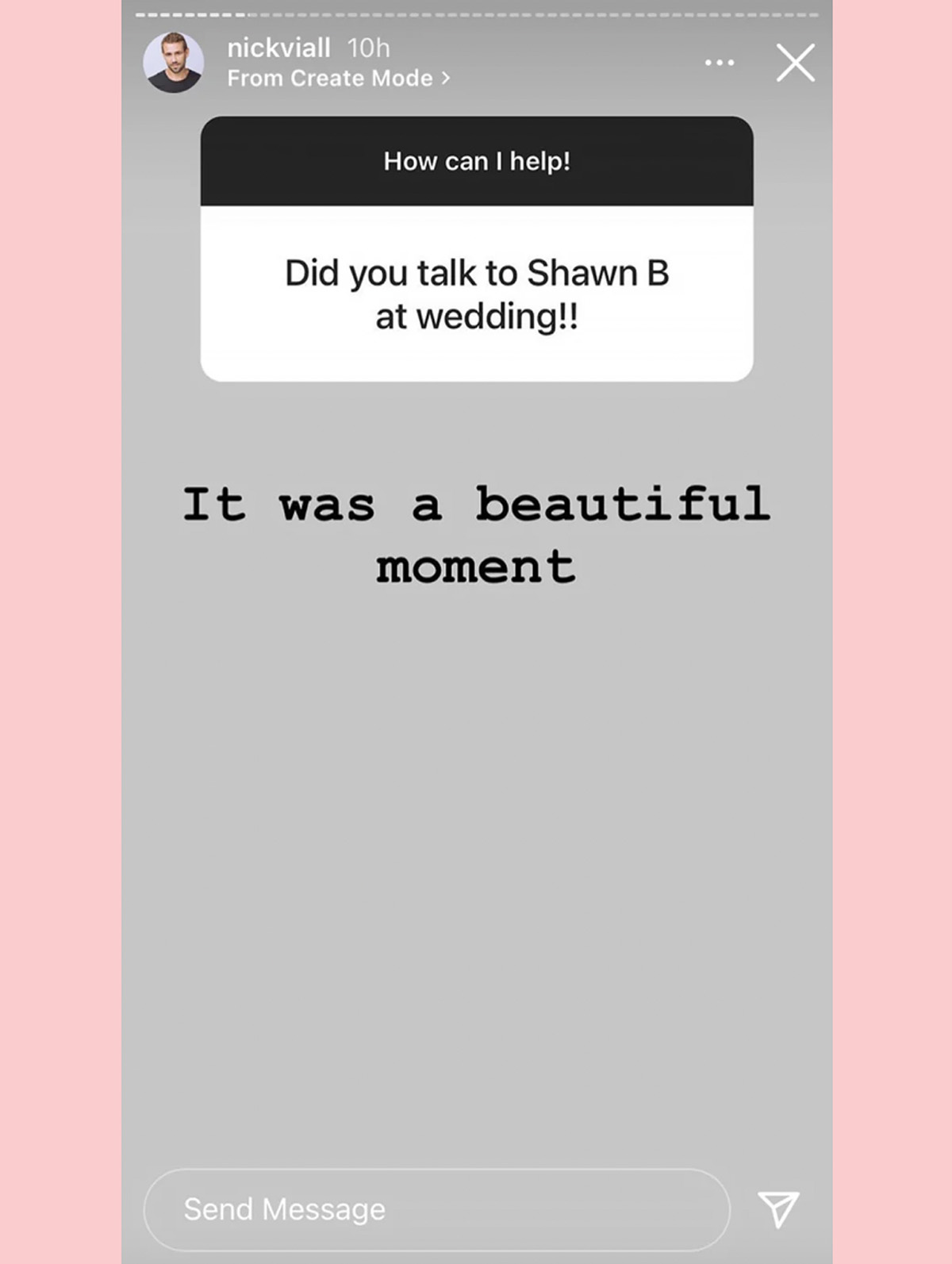 Hmm… Really?? Or is he being his usual sarcastic self??

Enough of this being coy s**t, man, we want to know the DETAILS! Ha!!!

Viall, Bristowe, and Booth have quite a history together, even beyond normal reality TV competition standards. For one, Viall and Bristowe infamously hooked up prior to that season’s fantasy suite dates, causing consternation for Booth throughout the rest of the show. Then, when Kaitlyn didn’t pick Nick at the end, even despite their clear chemistry together, Booth’s reaction to her prior tryst with Viall was a major fault point for the new couple’s relationship.

Speaking to Nick about that during a 2019 podcast interview, Kaitlyn actually opened up quite a bit about Booth’s troubling reaction to her prior physical connection with the “other guy.”

At the time, Kaitlyn explained:

“At the end of the day, you have a choice and I chose him and he chose me and then he chose to focus on you. It really was hard for him. It was really, really a lingering thing in the relationship. … I think I was made to feel shame, but deep down I wasn’t ashamed. But that’s why I acted the way I did or that’s why we didn’t talk or that’s why I made little jabs here and there because I knew he had been so hurt by it and I hated that … I truly, deeply loved him and I wanted to protect him, so it was so hard for me.”

Viall has previously indicated how difficult things were for him when he wasn’t the one chosen back on Bristowe’s season of The Bachelorette.

Reflecting about his rejection experience when Bristowe picked Booth instead, Viall wrote on social media back in June of last year:

“It was like waving at someone who’s waving at the person behind … but a million times worse. TBH I look back on this time of my life and have nothing but positive memories. … You never know how you view things as time passes. Glad to be able to call KB a good friend!”

Seems like enough time has passed now that everything is cool? Or maybe Nick’s “beautiful moment” explanation was meant to be entirely cynical…?

What do U think, Perezcious readers?? 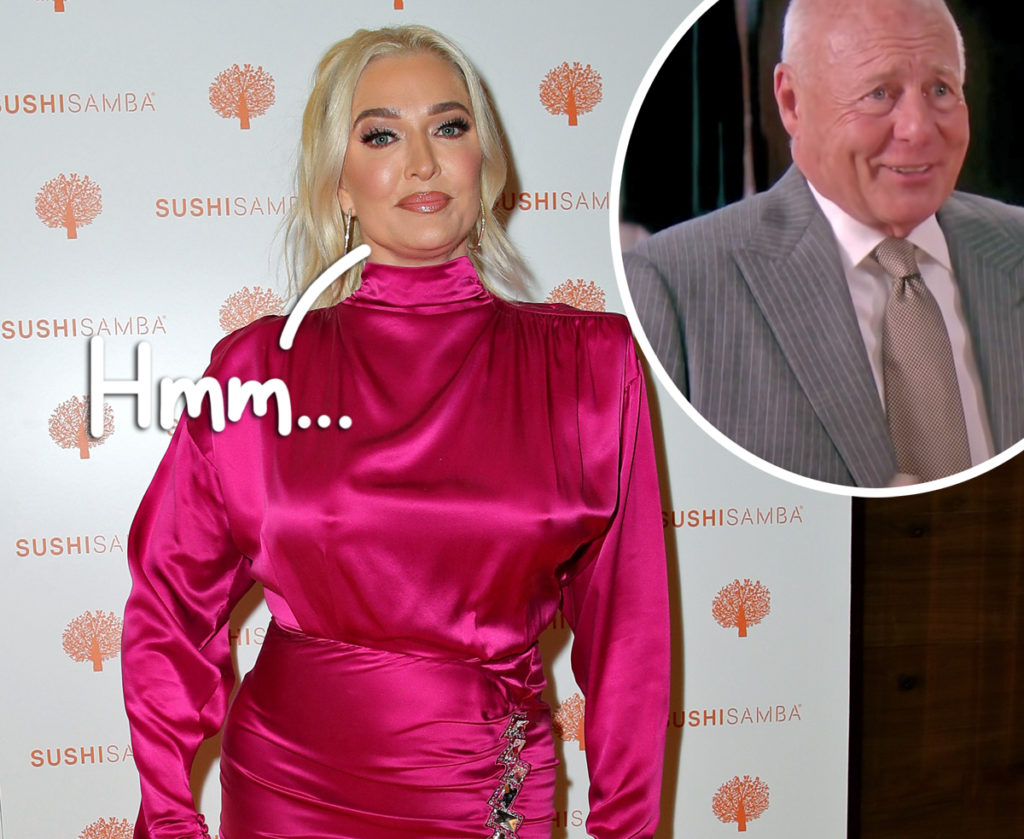 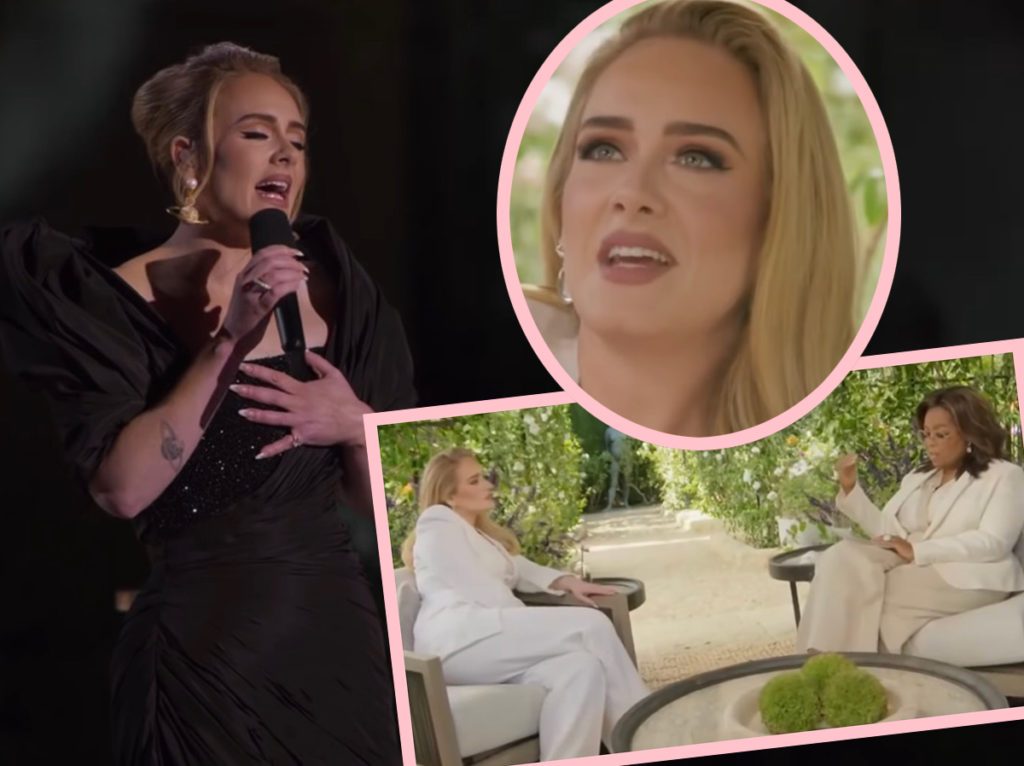 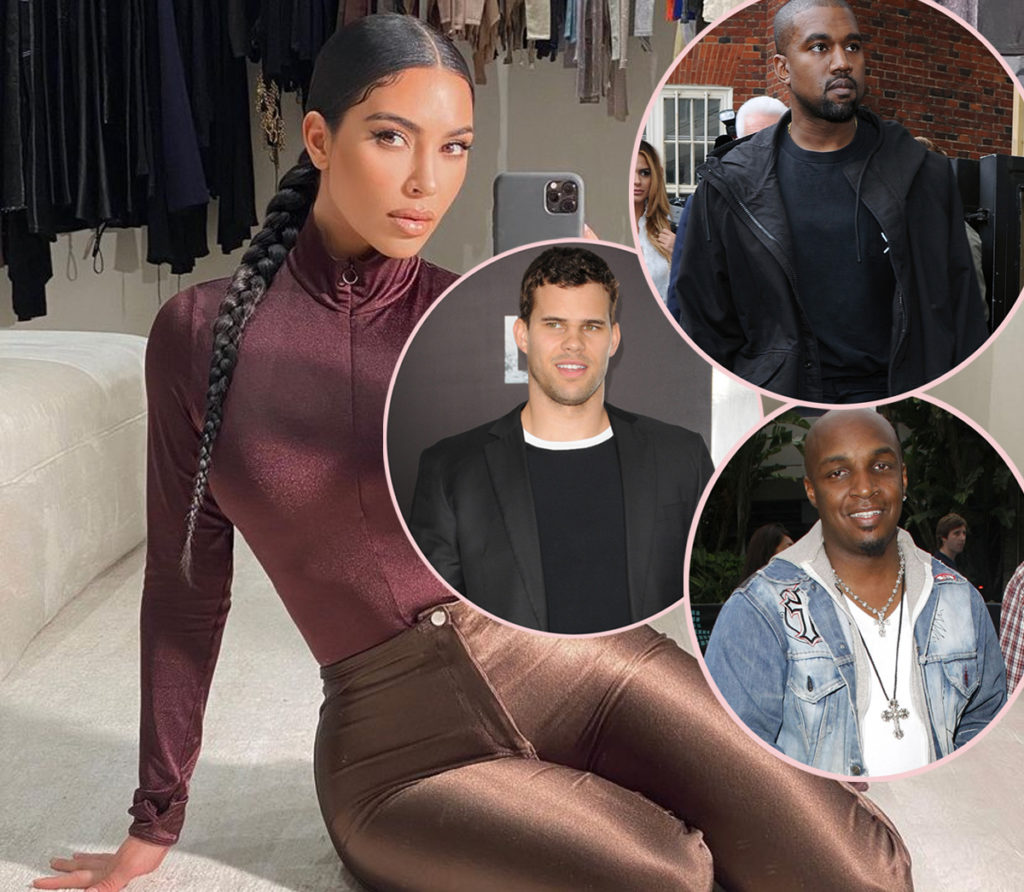 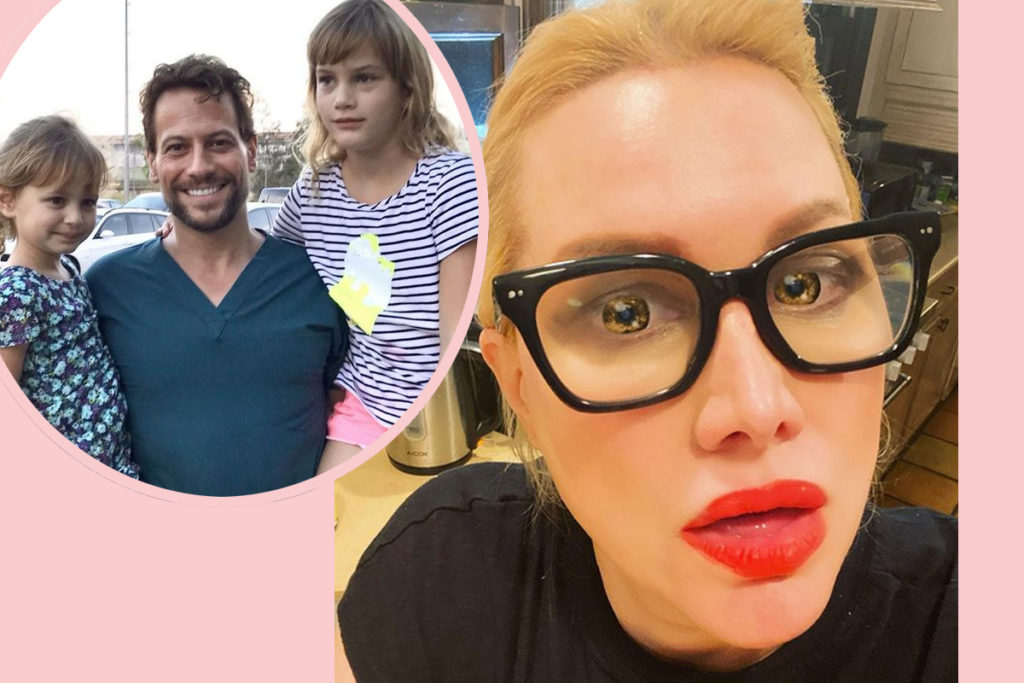