Home » Celebrities » These Photos Of Kate Middleton & Meghan Markle At Wimbledon Will Make You Say, "What Feud?"

These Photos Of Kate Middleton & Meghan Markle At Wimbledon Will Make You Say, "What Feud?"

The Fab Four is finally putting those royal feud rumors to rest and having some BFF moments while they’re at it. Just weeks after reports surfaced that Prince Harry and Prince William are starting to mend their relationship, the duchesses put on a united front while attending Wimbledon together on Saturday, July 13 — and they couldn’t have looked happier to be hanging out. These photos of Kate Middleton and Meghan Markle at Wimbledon showed they were all smiles at the sporting event, and the fact that they were hanging out with Pippa Middleton seems to confirm there’s no bad blood here.

On Saturday, the Duchess of Sussex and the Duchess of Cambridge made the afternoon all about sister-in-law bonding as they watched Markle’s bestie Serena Williams face off against Romania’s Simona Halep in the Ladies Single Final. There’s nothing like supporting a mutual friend to bring people together, and Markle and Middleton looked as thick as thieves as they caught the match alongside Middleton’s younger sister Pippa. While it’s not too surprising the pair were photographed together — after all, they’re no strangers to joint public appearances — it is notable that it’s the second time this week they’ve attended an event together — and hung out sans Prince Harry and Prince William. 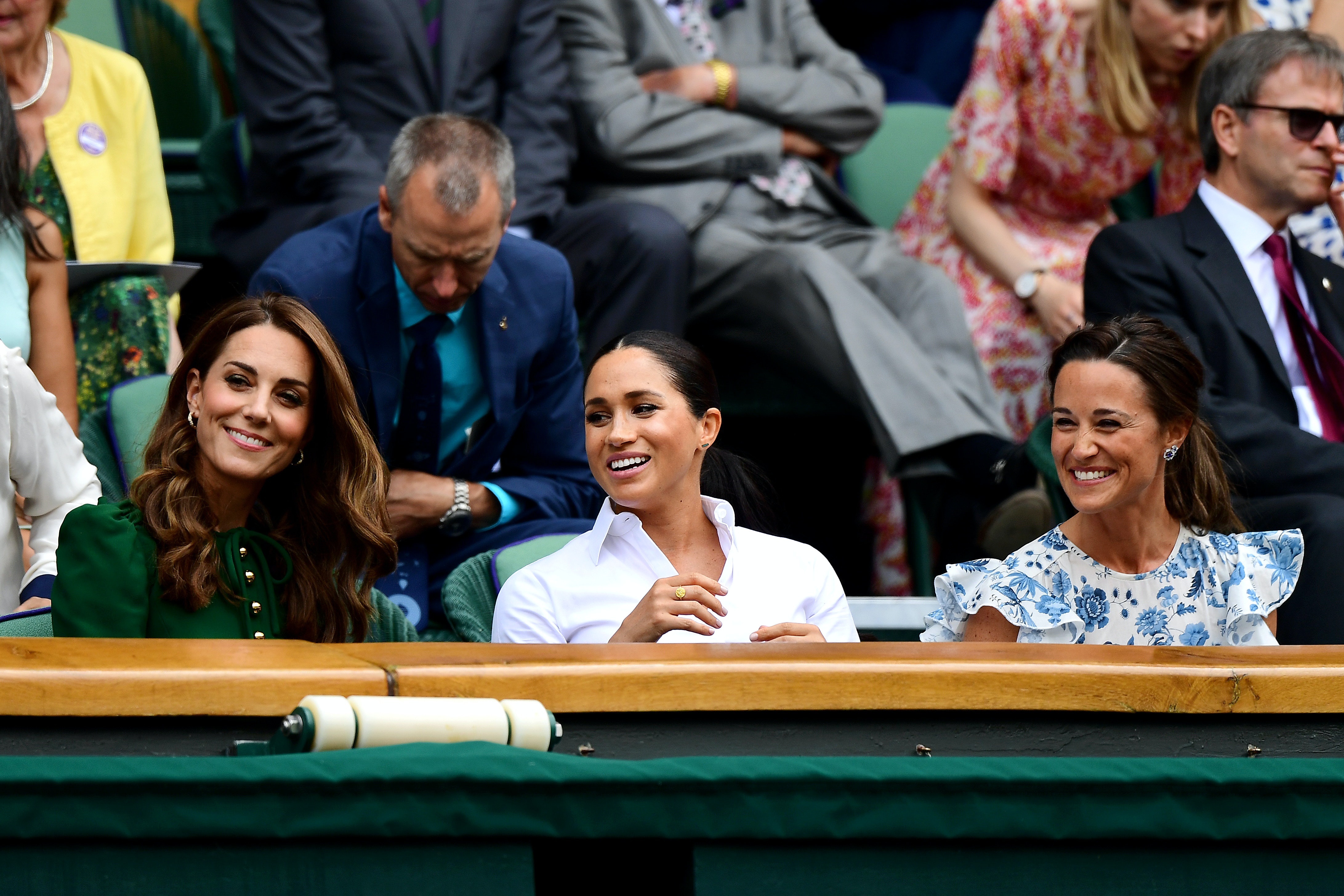 On Wednesday, July 10, Markle and Middleton hung out together with their kids (including the adorable Prince Archie) as they cheered on their husbands in the charity polo match, proceeds of which benefited causes that both princes are passionate about. Considering the rift rumors, all eyes were on the two duchesses at the event — but they couldn’t have looked less like they were feuding. And now, their friendly interaction at the Wimbledon game will officially make you say, "What feud?" 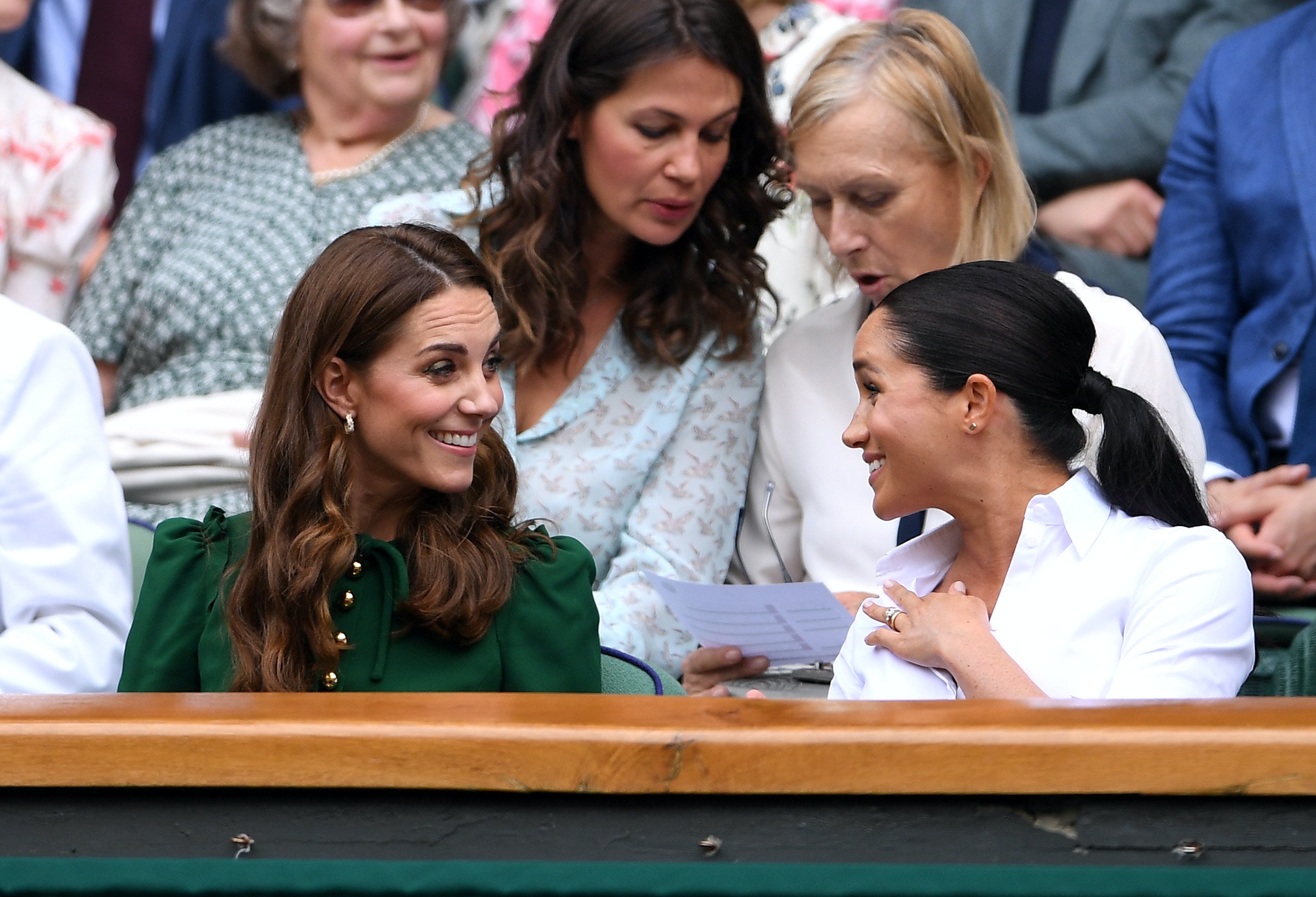 If you’ve been following along with the royal family, you’re probably no stranger to all the beef speculation that’s been plaguing the foursome over the past nine months. While it’s been hard to know what’s true for sure, here’s a rundown of the timeline. First, reporters claimed that Kate Middleton and Meghan Markle were feuding and had driven a rift between the two brothers. Things weren’t helped when the Duke and Duchess of Sussex decided to split their Royal Household and go their separate ways, even coming up with their own Instagram handle.

Then, reporters appeared to switch the narrative after royal journalist Katie Nicholl claimed that it was actually Prince Harry and Prince William who had been on the outs. The issue? Apparently Prince William didn’t feel like his big brother had been supportive enough about welcoming his new wife into the family fold. Elite Daily previously reached out to Kensington Palace for comment on both feud reports between Kate and Meghan and Harry and William, but did not hear back. 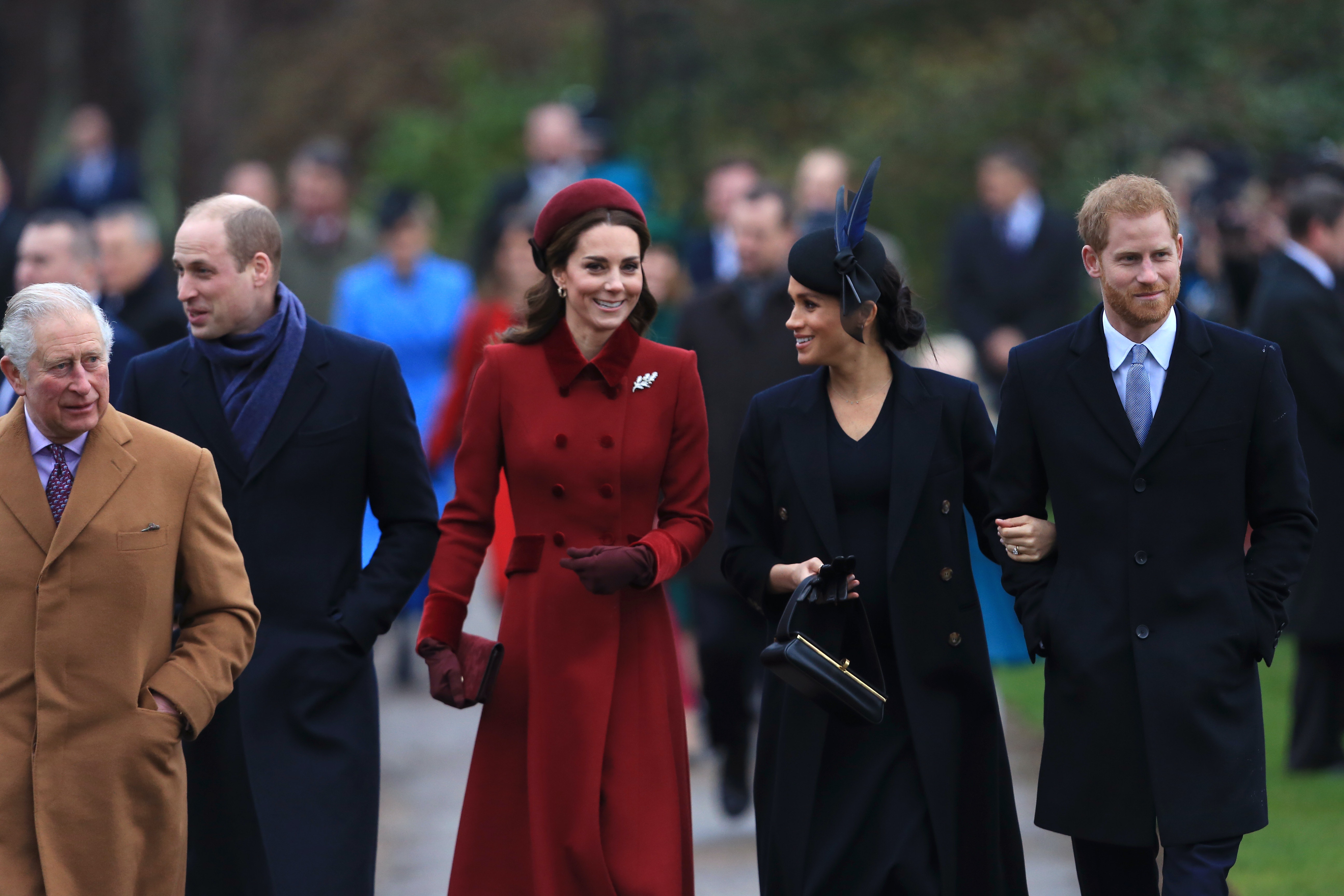 However, if royal reports are to be believed, the birth of baby Archie has helped get Prince Harry and Prince William’s relationship back on track.

"I was told by a very senior royal source that actually they weren’t talking to each other at one point," Nicholl previously told ETOnline. "I certainly think now that Archie is here, it has probably really helped to improve the relationship. William is over-the-moon that his brother is a dad."

Only time will tell whether Prince Harry and Prince William squash these feud rumors once and for all, but in the meantime, it looks like their wives’ friendship is definitely on the mend.