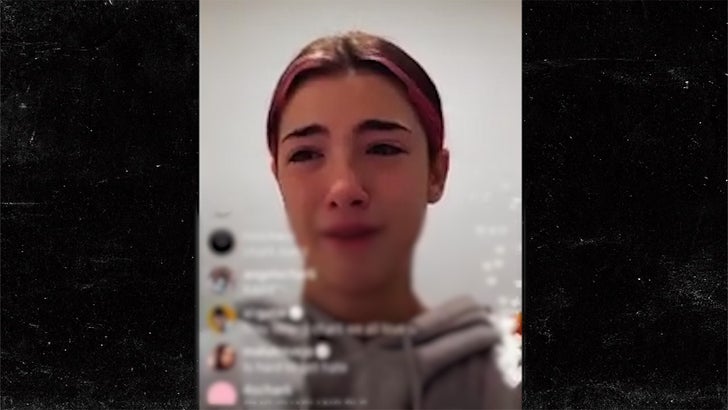 Charli D’Amelio‘s crying a river after tons of followers canceled her … and now she’s wondering if she should just quit TikTok after encountering her first major PR hurdle.

Here’s the deal … Charli, TikTok’s most-followed star, is losing followers at a rapid rate after posting a family dinner video that rubbed lots of folks the wrong way. In part of the video, she complained to YouTube star James Charles about only having 95 MILLION followers, and not 100. 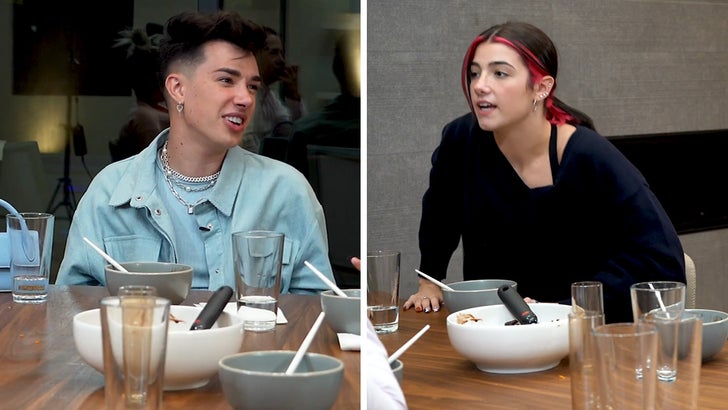 Fans felt the comment was anything but humble, and now followers are jumping ship by the boatload — as in more than 1 million people have left Charli’s page — leaving her in tears.

Fans are also pissed that Charli and her sister, Dixie, scoffed during their family’s meal — prepared by a private chef — more spoiled brat behavior.

During her tear-filled post, Charli wondered out loud if she should stay on an app where there’s so much hate. At least one person’s got her back though, Aaron May, the chef, says things are getting blown out of proportion — but the damage is clearly done with Charli.

Someone’s getting a dose of the real Internet, where it’s not all sunshine and rainbows … and she doesn’t like it.