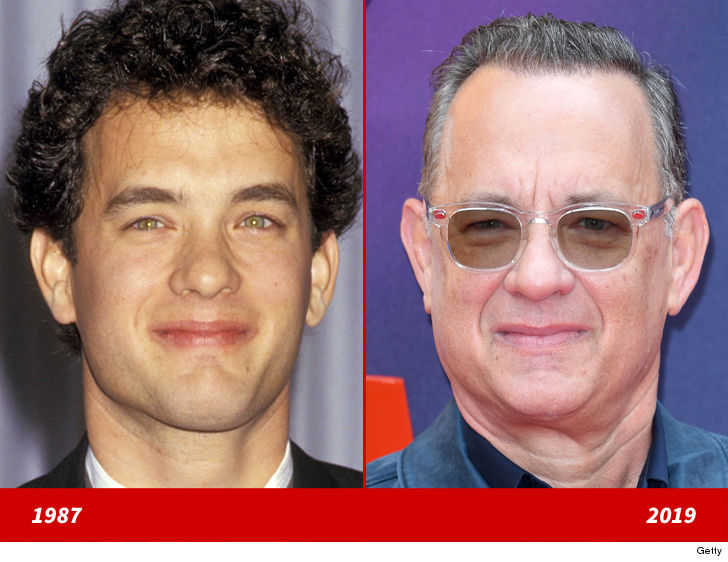 Tom Hanks‘ good looks are nothing to toy around with!!!

Here is a 30-year-old version of the ‘Toy Story‘ voice actor showing off his long luscious locks at the 59th Annual Academy Awards in Los Angeles, California back in 1987 (left).

And 32 years later … The now 62-year-old award-winning actor and typewriter enthusiast — Who is the father to four children — was spotted on the at the premiere of ‘Toy Story 4‘ in London, England (right).

Hanks has voiced the main character, Woody, since the release of the first film back in 1995.

He is gonna have good looks for infinity and beyond!!!