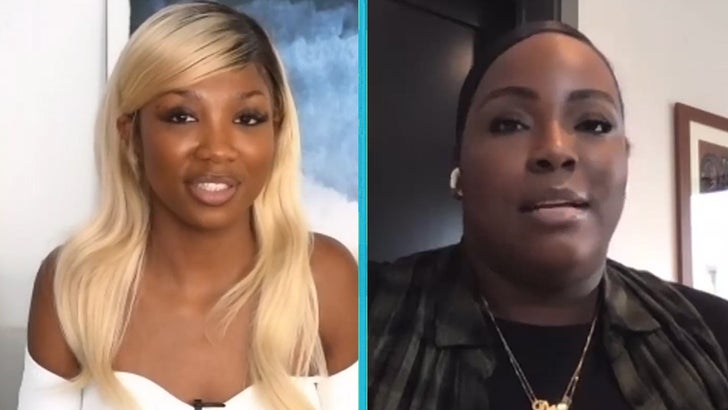 Piece of The Pie is a new TMZ franchise, showcasing amazingly talented people of color who have had trouble making their mark in the entertainment industry.

Our goal here is to raise awareness on behalf of marginalized voices and creators — people who have great stories to tell — and make sure the people who pull the strings in the industry see what they bring to the table.

Dez White is a TV producer, screenwriter, showrunner and CEO who has produced series and movies for BET, but says it’s still hard to get a seat at the table with “mainstream” networks.

Dez shares her experiences trying to unlock doors in Hollywood that remain closed for Black creatives with TMZ’s Loren Lorosa, and she says it’s high time network execs start hiring more Black women in positions where they can make a difference and tell stories about their own culture.

Despite some pretty impressive credentials creating and producing content for BET, Dez says suits at other networks keep offering her jobs working below white men with less experience. For her, something doesn’t quite add up.

Dez says she learned a very valuable lesson the hard way … don’t settle and don’t take a job that’s paying you less than you’re worth. When you do that, Dez says you set the bar low for yourself and other Black creatives.

It’s a fascinating conversation … and Dez says it’s time Black women get the chance and opportunities they’ve been deserving for far too long.