Before his days as Superman, Tyler Hoechlin was an actor on the rise. Performing at a young age, he mostly did commercials before catching his big break on Road to Perdition. Despite starring in Tom Hanks’ feature when he was a child, Hoechlin didn’t fully commit to acting until much later on in life. This commitment eventually led the actor on his road to Superman. 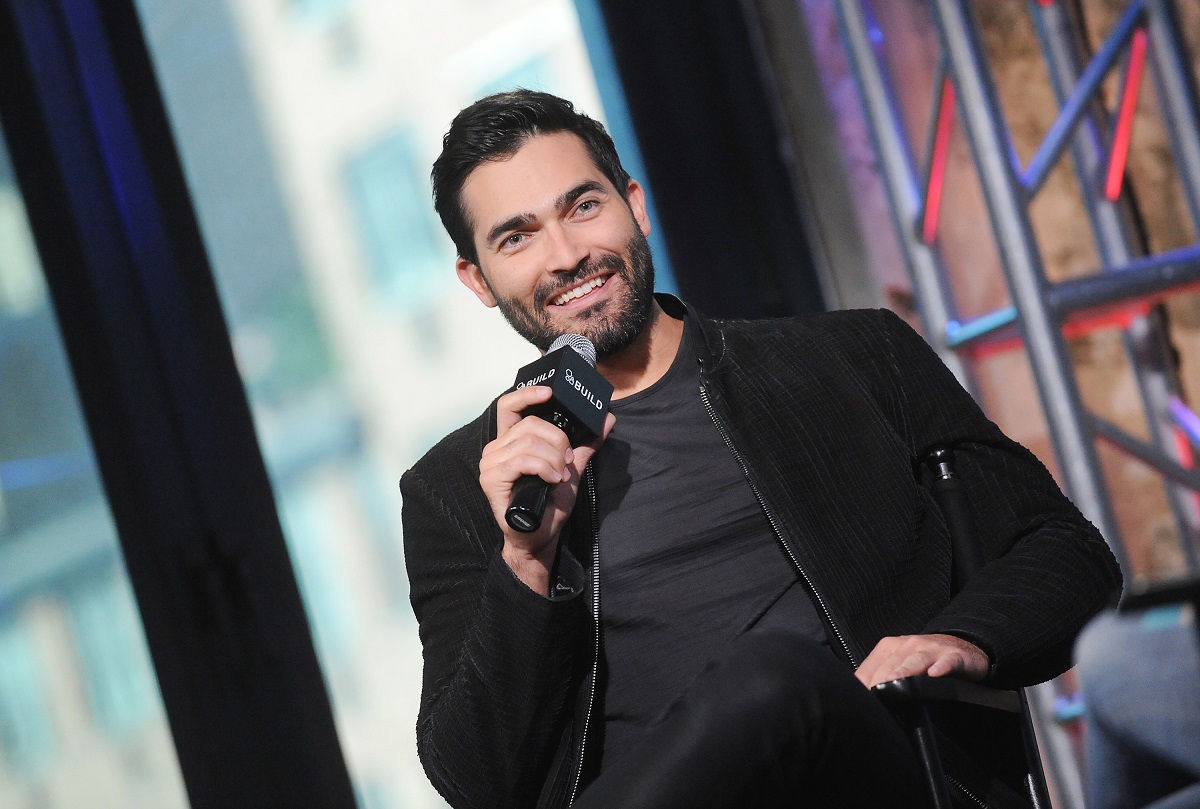 As many know, Tyler Hoechlin’s first true love was baseball. The Teen Wolf alum started playing the sport younger than he started acting, a tradition that ran in his family.

“Baseball I played literally from the time I can remember,” Hoechlin said in an interview with Empire. “My dad had played, my older brother played, so I always wanted to be like my older brother. That just kind of was a natural thing that I fell into.”

Although he would later take on the hobby and passion of acting as well, becoming a professional baseball player was always the plan.

When he was thirteen, however, he got the idea to do both when he starred in Road to Perdition. The film, directed by Sam Mendes, solidified Hoechlin’s passion for acting. Here, the multi-talented star decided he would try to do both professions at the same time.

“I was 13 years old when I got to Road to Perdition,” Hoechlin said. “That was the kind of moment where I knew I really enjoyed acting, and that if and when baseball is done, this is what I will do. That was really where both of those things started and when it became an official tandem thing for me.”

Hoechlin learned a lot about himself and the business acting in his debut film. He learned one of those lessons personally from his Road to Perdition co-stars, who taught the future Superman how to treat others when you’re a big star.

On the set of Road to Perdition, 13-year-old Hoechlin learned how to operate professionally in Hollywood’s environment. He credits his morality and humility to the actors he starred in the movie with.

“I mean, the people that I worked with were incredible,” Hoechlin said. “Not just talent-wise, but just as people. You know, Tom Hanks and Paul Newman and Jude Law and Daniel Craig and Sam Mendes – all these guys were just absolute pros at what they do.”

Hoechlin goes on to explain how he saw, personally, from Tom Hanks and Paul Newman how to treat everyone with respect no matter their job.

“I learned that you’ve never made it, you’ve never arrived, you’re never too good, you’re never above anybody else,” Hoechlin said. “To see Hanks and Newman treat the last P.A. like the executive producer, zero distinction. Nothing that says, ‘Oh, my job here is more important than yours.’”

This was an especially important lesson for Hoechlin to learn, who reveals he’s seen actors do the opposite on set.

“When I see that sometimes in people, I go, why? What makes you think that’s (a) okay, and (b) how you’re supposed to be behaving? It makes no sense,” Hoechlin said. “I was lucky enough at 13 to work with two legends, and never for a moment do they ever give off that idea, or that thought had even crossed their mind.”

Hoechlin achieved much recognition and fame because of his role in Road to Perdition. However, even after the film, he was still very much committed to baseball. Hoechlin was determined to make it pro. He even turned down some major acting opportunities for the sport.

Hoechlin revealed that he turned down the role because of scheduling conflicts with baseball.

“I love my agent for this, because he stuck with me for all these years, but those were the things that I would say no to. I had to say no to a meeting with Coppola, I turned down a role in Twilight,” Hoechlin said.

According to OK Magazine, Hoechlin stated he was going to play Edward’s brother in Twilight. Robert Pattinson played Edward in the 2008 vampire film.

Eventually, a hamstring injury sustained in baseball forced Hoechlin to choose a path to take. Hoechlin found himself auditioning more and more after the mishap. Soon, his head coach at the time finally gave him an ultimatum.

“’I feel like you are hurting yourself trying to balance these two things,’” Hoechlin’s coach told the actor according to Empire. “’I feel like you have great potential in both, but at this point, I think you’re only going to be able to move forward in either by picking one.’”

Hoechlin, who knew the day would come where he would have to choose, stuck with acting. The rest is history.