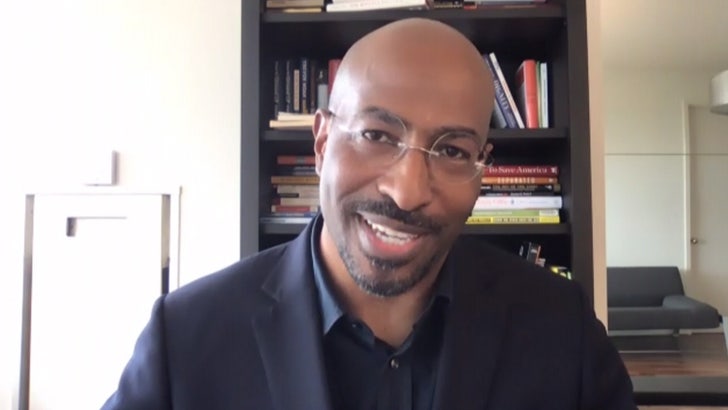 Van Jones can’t stop smiling about the REFORM Alliance’s big win — the new law he says will improve the lives of tens of thousands of Californians … and it’s just the start, he hopes.

Van says it’s all about giving people a fair shot and setting them up for success, and gives props to Newsom for working with REFORM to make a much-needed change to the state’s probation system.

As we reported … the new law limits adult probation sentences to a maximum of 1 year for a misdemeanor, and 2 years for felony offenses. Van says ideally, this will lower petty probation violations and keep people from going back to prison when they’re not even committing crimes.

More importantly, Jones says the law is set up to give people in the criminal justice system a “springboard to success, and not a trap door into failure” … in order to lead productive lives after they’ve done their time.

Jones also believes this progress is a result of all the protesting for change, and even though the alliance was founded by big names like Jay-Z, Meek Mill, Michael Rubin and Robert Kraft … everyone involved in the movement helped.

Van tells us this is real change happening right before our eyes, so don’t sleep on it … the tens of thousands of people it will positively affect sure won’t.