Home » Celebrities » What to Watch Monday at Wimbledon

What to Watch Monday at Wimbledon

On Saturday, Federer became the first player to win 350 Grand Slam singles matches. In the final match on Centre Court today, he will face off against Berrettini, the 20th seed (third match on Centre Court, ESPN). Berrettini has enjoyed some success this year on the grass, winning the Stuttgart Open as well as reaching the semifinal at the Halle Open. However, he played a grueling five-set match against Diego Schwartzman on Saturday which was only an hour shorter than the time that Federer has spent on court across all three of his matches. Federer’s ability to move his opponents around will be on full display as he looks to reach his sixth consecutive Wimbledon quarterfinal.

Although Williams struggled in the earlier rounds of the tournament, her third round win over 18th seeded Julia Goerges was rather convincing, and showed shades of the player who has won Wimbledon seven times. Although Suarez Navarro has not lost a set at this year’s championship, grass is not her favored surface, and Williams should be able to deal with her in their round of 16 matchup (8 a.m., ESPN).

Following Williams on No. 1 Court will be Gauff, the clear breakout star of the tournament. She seems to possess it all; good movement, hard groundstrokes to dominate some points, and the consistency to defend on others. But, in this round of 16 matchup she will face off against Halep, the No. 7 seed, who possess these same qualities as well as a veteran mentality (ESPN). It is likely that Gauff’s Wimbledon run will end today, but you should expect to see more of the teenager in the years to come. 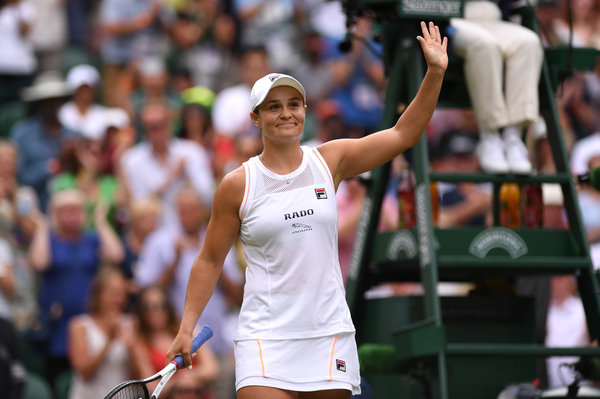 Barty, the world No. 1, has lost only 12 games through her first three rounds at the All England Club, an extraordinary feat considering the significant advantage grass gives to the server. Barty has now won 15 singles matches in a row across two surfaces, and looks well positioned to continue that streak against Riske (6 a.m., ESPN2). Riske, who won a grass-court title last month, needed three sets in each of her matches last week in order to reach the round of 16 for the first time at a major. Although she upset the 13th-seeded Belinda Bencic on Saturday, Riske will face a stronger and more rested player in Barty.

Kvitova, the two-time Wimbledon champion, was a finalist at the Australian Open, losing to Naomi Osaka. She has looked particularly confident in the last week on the grass, making her first run to the round of 16 in five years without dropping a set. Konta, the top British woman, has also looked extremely composed, but showed some signs of weakness in her third round matchup against Sloane Stephens. Kvitova’s big serve and excellent timing on groundstrokes will make it extremely difficult for Konta to break ahead on the fast service.

Humbert, a 21-year-old Frenchman playing in his first Wimbledon, has had a remarkable run, outlasting 19th-seeded Gael Monfils in the first round and consistently outplaying 16th seed Felix Auger Aliassime in the third round. His next test will be much harder, as he faces Djokovic, the world No. 1 and defending Wimbledon champion (third match on No. 1 Court, ESPN2). Although Humbert’s aggressive style is well suited to the grass, Djokovic has made a career of being able to physically outlast players who feel as if they have to hit the lines in order to have a chance at winning a point.

In the last year, Nishikori has been the epitome of consistent performance reaching at least the quarterfinal of each Grand Slam. Kukushkin is having one of the best tournaments of his career, reaching the round of 16 at a Grand Slam for the first time since the 2012 Australian Open. In the second round Kukushkin beat John Isner, the 9th seed who reached the semifinals at Wimbledon last year. Kukushkin managed to break the hard-serving American four times during the match, even though Isner hit 34 aces. While Nishikori has played well so far, he hasn’t played anyone who has been able to push him on his way to the second week. Perhaps Kukushkin can give him his first real test.

For the first time since 2007, two American men will meet in the second week of a grand slam. Querrey, who has been recovering from an abdominal injury, lost in the final of the Eastbourne International in the run-up to Wimbledon and is playing close to the level that saw him reach the semifinals at the All England Club in 2017. He beat Dominic Thiem, the No. 5 seed, in the first round in four sets, and has yet to drop serve this tournament. Sandgren has also been playing very impressively, beating both Giles Simon and Fabio Fognini, the 20th and 12th seeds. Sandgren won his first career title earlier this year at the Auckland Open, and if he is able to unlock the secret to breaking down Querrey’s powerful serve, he may be able to outperform expectations. 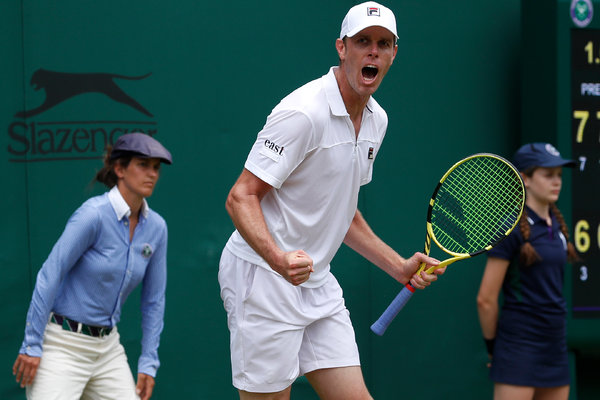 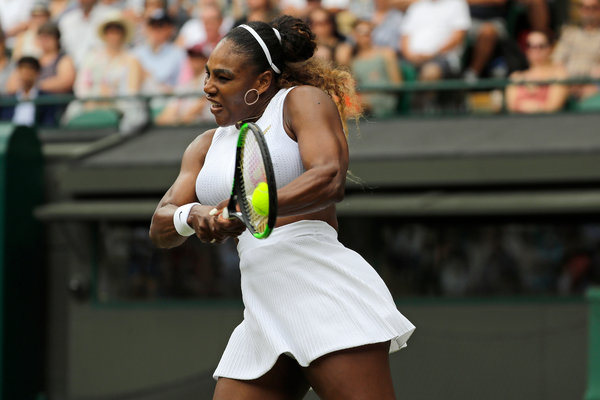 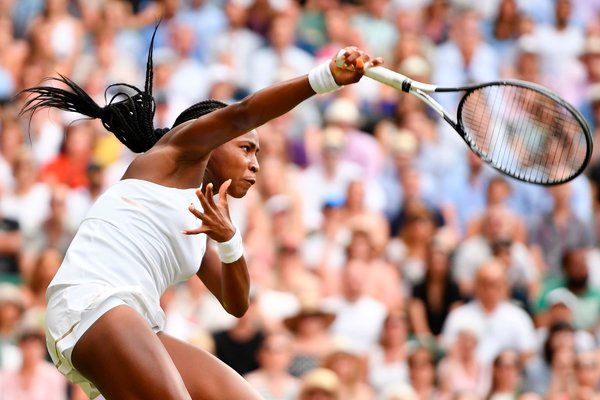