Home » Celebrities » Why Many Top Hoops Recruits Won’t Be at the N.C.A.A.’s New Showcases

Why Many Top Hoops Recruits Won’t Be at the N.C.A.A.’s New Showcases

When federal authorities dropped a bombshell nearly two years ago with the announcement of a wide-ranging college basketball corruption investigation, the notoriously laborious N.C.A.A. leapt at an opportunity it had long been eyeing.

Within weeks, it had marshaled a commission headed by Condoleezza Rice to seize control of the grassroots basketball world, whose bustling underground economy has been driven for years by money from shoe companies and agents. The N.C.A.A. also pulled in other basketball stakeholders: the N.B.A. and its players union, U.S.A. Basketball, the national high school federation and the National Association of Basketball Coaches.

The centerpiece of a report produced by the commission was an overhaul of the recruiting calendar to cut out the influence of shoe companies, agents and their grassroots basketball middlemen. The most ambitious component: the N.C.A.A. pouring close to $10 million into its own recruiting showcases — four regional academies that would gather more than 1,500 of the best high school players in the country.

Over two four-day sessions, the prospects would play games against each other in front of college coaches but would also have development and educational sessions. Travel, food and lodging expenses would be covered for players and a parent or guardian.

But with the academies starting this week, there is one problem — virtually none of the top players in the country plan to go.

“Only the N.C.A.A. can take a screwed-up situation in the recruiting landscape and make it worse,” said Dinos Trigonis, who for more than 20 years has operated travel teams and leagues in Southern California. “These camps are full of Division III players and the N.C.A.A. is paying for them.”

There are myriad reasons few top players will be at the camps, which are being held at UConn, Illinois, Houston and Grand Canyon: a conflict with this week’s U.S.A. Basketball Junior National Team camp; some states’ high school federations, like Wisconsin’s, prohibiting families from accepting N.C.A.A. travel reimbursements; and some players wanting a break after several months of bouncing around the country.

It did not help that the process for earning an invitation to the camps was rife with conflicts of interest: Players had to nominate themselves, then were chosen by college coaches. Several coaches noted that lower-level schools were incentivized to not vote for an under-the-radar prospect, lest he be discovered by a more prominent school. Meanwhile, the N.C.A.A announced only in the last week who would be doing the teaching and which players would be attending the camps, leaving college coaches scrambling to decide which camps (if any) would be worth attending.

[Read how LeBron James Jr. was a big draw at the Peach Jam this month, even though he hasn’t entered high school.]

There is an even more basic problem: Some middlemen close to elite players — people who might have been directing or receiving the type of “strong-ass offer” that L.S.U. Coach Will Wade described on an F.B.I. wiretap — are unlikely to want their standouts receiving N.C.A.A. tutorials.

“That’s probably happening,” said Mike Brey, the Notre Dame coach and president of the N.A.B.C. Brey said the N.C.A.A. has to prove to players that the new camps are worthwhile. “We’re going to have to show a product, and that’s why this summer — organizationally, who’s coaching, who’s teaching — has to be good to sell that next group of kids, like, ‘Whoa, that’s a cool thing to do.’” 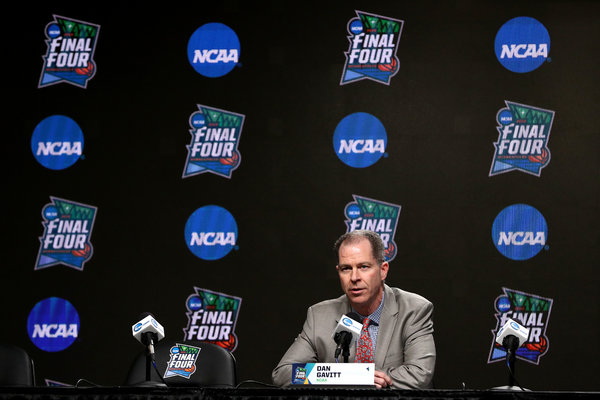 That may take some doing. The changes — which have reduced the number of shoe company-sponsored events while adding the academies and two weekends when recruiters can watch players with their high school teams — are still developing, said Dan Gavitt, the vice president of men’s basketball for the N.C.A.A.

The point, he said, was to diminish the power of for-profit third parties, like influence peddlers who ingratiate themselves to talented prospects or tournament operators who charge coaches $500 for admission and rosters that include player phone numbers. Gavitt said prospects also needed to learn about eligibility issues, life skills and professional opportunities, especially if the N.B.A. changes its rules to once again allow players to be drafted directly out of high school.

“There’s a real educational element that’s important,” Gavitt said. “They can get it from us; not from agents, not from street runners or A.A.U. programs, but from the people who can give them a real idea of the opportunities in the game.”

Some grassroots coaches are irked at characterizations like this, arguing that some among them seek shady deals but far more operate with their players’ interests in mind.

Some college coaches at the Peach Jam said two weekends were too many and some key states — like California and Texas — did not have approval from their state federations to run tournaments.

Typically, coaches from top Division I programs attend tournaments like the Peach Jam, which is run by Nike. Others are no longer on the calendar, like one run by Adidas in Las Vegas and another in Kansas City by Under Armour. Those events allowed recruiters to see hundreds of prospects in one spot.

Seeing a broader variety of players — but generally lesser ones — during the high school weekends in June and the N.C.A.A. academies in July is not helpful to the prominent programs.

“I look at it like capitalism versus socialism,” said Auburn Coach Bruce Pearl, noting that a tournament like Peach Jam is so prestigious that it encourages grassroots coaches to load their teams with the best players. “Who knows the best players in Alabama better than the A.A.U. coaches?”

That an efficient, popular tournament like the Peach Jam was put on the recruiting calendar last August only after a late plea by college coaches and athletic directors — excluding it “would have been tragic,” Memphis Coach Penny Hardaway said — underscores the purpose with which the N.C.A.A. is moving to assert itself.

Gavitt is determined not to let this effort wither like iHoops, a joint venture in 2008 between the N.B.A. and N.C.A.A. that sought to change the culture of grassroots basketball. He said he welcomed feedback from college coaches, and expected changes in the next two years. But everything will be in the spirit of moving forward.

“We’re not going back to the way it used to be,” Gavitt said. “That ship has sailed.”