Home » Celebrities » Zac Efron ‘Busts’ His Grandpa Out of a Retirement Home for Boys’ Day: Watch

Zac Efron ‘Busts’ His Grandpa Out of a Retirement Home for Boys’ Day: Watch

Boys’ day out! Zac Efron joked about his acting skills while executing an elaborate plan to break his grandfather out of his retirement home.

“We’re coming Grandpa!” the High School Musical alum, 33, captioned a funny Instagram video on Monday, July 12, showing off his stealth moves to free his relative from his residence.

The Greatest Showman actor kicked off the escape plan by documenting his arrival at the old folks’ home, telling the camera, “We’re going to bust grandpa out of here.” 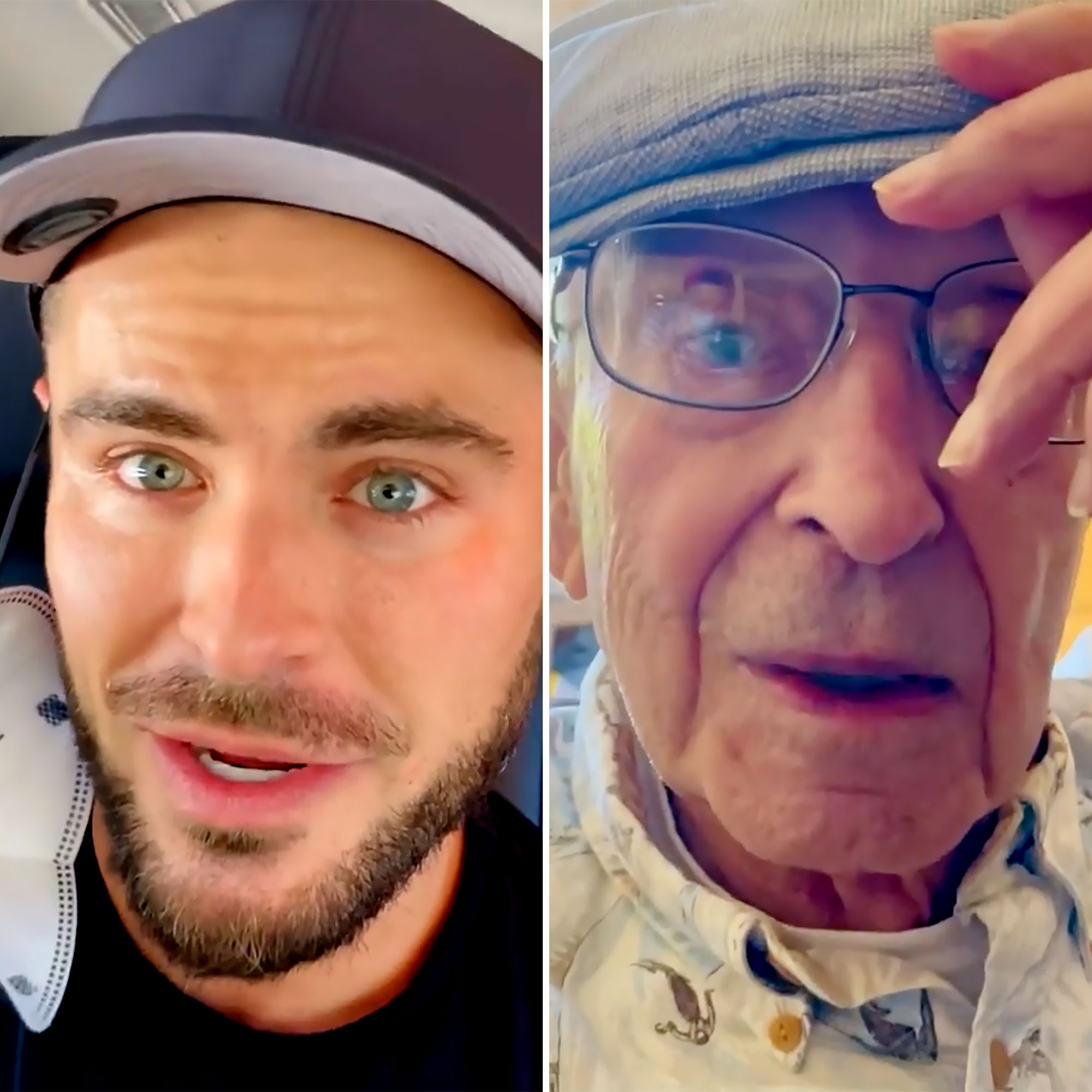 Efron then put his face covering on amid the coronavirus pandemic before walking with his back to the wall and summersaulting down the hallway. He swiped a keycard to his grandpa’s room, who was waiting in his wheelchair to be picked up.

“Let’s get out of here!” the star’s grandpa said before getting wheeled into the car where Zac’s brother, Dylan Efron, was waiting. “Let’s hit it!”

The trio went on a joy ride, stopped for a Coke and then watched the Euro 2020 soccer game on TV as the Mission: Impossible theme song played in the background.

On what appeared to be their way back to the residence, the 17 Again actor joked, “My grandpa is better at acting than I am.”

Zac Efron Through the Years

The funny breakout sketch came shortly after Dylan, 29, returned to the U.S. following a month-long trip to Croatia and Malta with friends.

While Dylan went to Europe this time without his brother, the siblings are known for their joint adventures. Most recently, the pair went bungie jumping together in May, where they were attached to one another by the ankles as they propelled toward a mass of water.

“I can’t tell who’s screaming, him or me @dylanefron #brothersday,” Zac captioned a video of them screaming during the experience.

The brothers have also traveled all over the world filming Netflix’s Down to Earth. Season 1 premiered last year with both Efron men serving as producers on the project. Season 2 is currently in production.

The duo’s latest video also came three months after Us Weekly confirmed that the Neighbors star split from Vanessa Valladares after 10 months together.

A source exclusively told Us at the time that Zac “felt it was best to end this now” ahead of his upcoming “intense filming schedule,” which includes working The Greatest Beer Run Ever and Three Men and a Baby toward the end of 2021.