Zac’s Proposal To Tayshia On ‘The Bachelorette’ Was So Heartfelt

Tayshia Adams may have gone ring-shopping with Brendan Morais, but he’s not the one who wound up getting down on one knee for the Bachelorette. Brendan eliminated himself from The Bachelorette when he realized he wasn’t able to commit to an engagement with Tayshia. But, that wasn’t an issue for Tayshia’s final pick. In the end, Tayshia gave her final rose to Zac Clark, and Zac’s proposal to Tayshia on The Bachelorette gave them both the happily ever after they’ve been waiting for.

Like any good season of The Bachelorette, this one was filled with lots of dramatic ups and downs. But one thing has been pretty constant throughout all of Tayshia’s journey, and that’s the fact that she feels a strong connection with Zac. That connection became even stronger after their overnight date, where professed their love for each other. Zac got to meet Tayshia’s parents and every thing went well. But after she had a private conversation with her dad Tayshia became anxious about the possibility of getting married again.

Zac and Tayshia took dance lessons together for their last date. For the beginning of the date, Zac said he could feel Tayshia’s trepidation and they struggled to get the routine right. But, Zac helped calm Tayshia down and they managed to get back in sync. They had a heartfelt conversation where Zac assured her that a proposal means he’s committing to her no matter where life takes them. 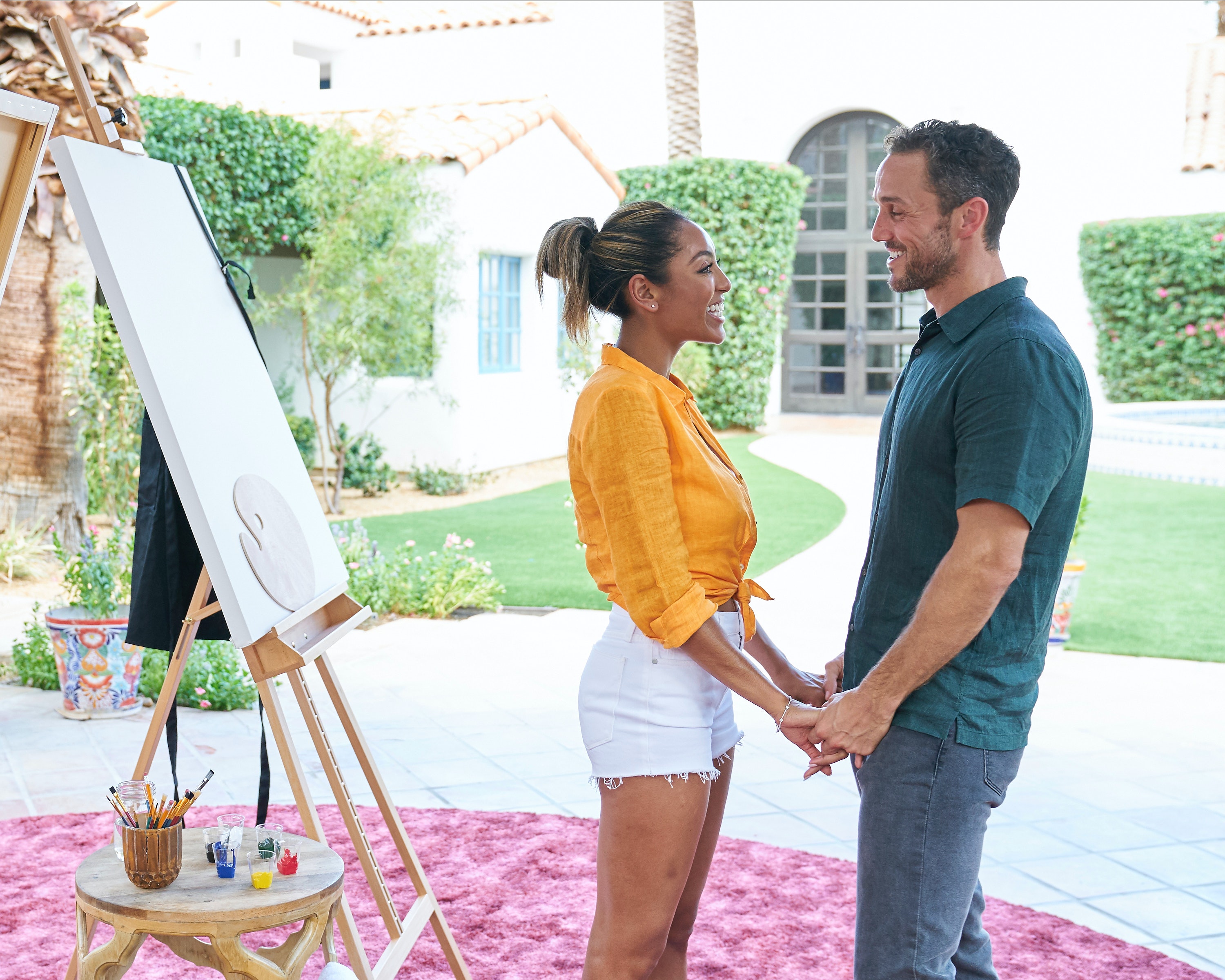 "I can wholeheartedly say Zac is my person," Tayshia said after she sent Bent Smith home, leaving Zac as her final guy. "I truly don’t think I have the words to describe how I feel."

Going into her proposal, Tayshia was emotional about the possibility of getting engaged. In fact, she told Chris Harrison that being with Zac made her question if she had even ever really been in love before being with him.