Zendaya, 24, and Tom Holland, 25, are caught in a web of love! The pair went out on a Fourth of July date on Sunday, grabbing Thai food late at night. Taking a window seat, the Spider-Man: No Way Home co-stars looked like they kept it casual as they enjoyed a romantic tryst on Independence Day. Zendaya wore an off-white long sleeve top, white sneakers and black socks. Meanwhile, Tom kept it simple with a yellow t-shirt, black shorts, and white sneakers. 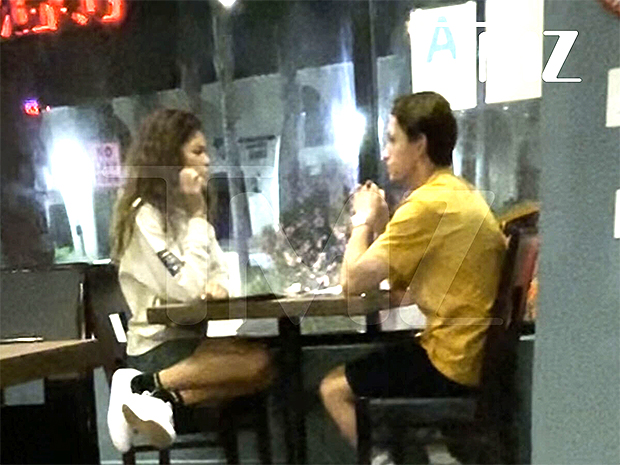 Rumors have swirled that Tom and Zendaya have dated since both starred in Spider-Man: Homecoming in 2017. “They’ve been super careful to keep it private and out of the public eye but they’ve gone on vacations with each other and try and spend as much time as possible with one another,” a source told PEOPLE in July 2017. After years of speculation, the rumors appeared to have finally been confirmed on Thursday July 1, when the two were photographed getting hot and heavy in Tom’s $125,000 Audi car. The pair was spotted making out and making each other laugh while parked in Los Angeles. 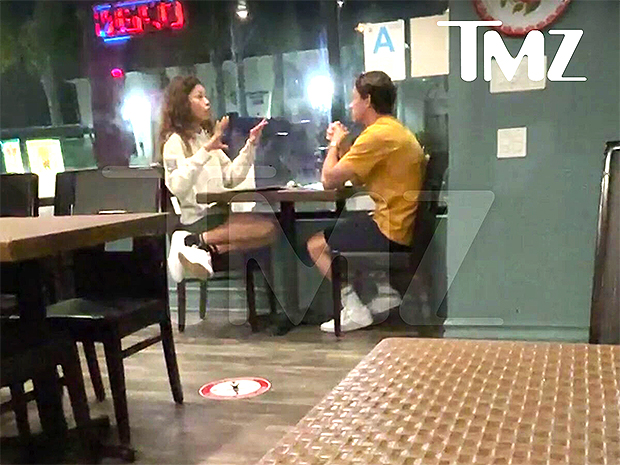 Before they were spotted kissing, Zendaya fueled dating rumors with a June 1 post on her Instagram Stories, wishing Tom a happy birthday. “Pretty glad you were born,” she wrote in the post. The day after, the couple cozied up in Tom’s car, and the web-slinging star hit the gym, where he was photographed taking a call and wearing a black t-shirt.

Back in 2017 when people first started wondering whether the pair’s onscreen chemistry as Peter Parker and MJ was more than just acting, the couple laughed off rumors on Twitter, saying that they didn’t take vacations, as reported. Amidst the years of rumors, though, Tom was also linked to Olivia Bolton from 2019 to 2020. Zendaya was also romantically linked to her Euphoria co-star Jacob Elordi during that same time frame. But between Tom and Zendaya’s romantic rendezvous on the Fourth of July, and the steamy kiss in Tom’s car, it definitely seems that the Marvel stars have rekindled their flame!