10 Classical Concerts to Stream in November

Highlights include Philip Glass at the Metropolitan Opera, the Seattle Symphony and the pianist Vicky Chow. 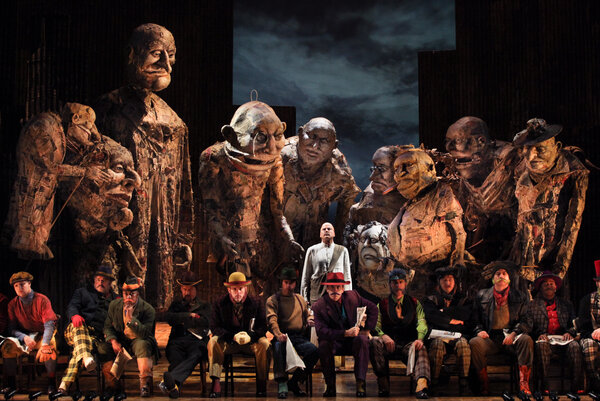 With many opera houses and concert halls still closed by the coronavirus pandemic for months to come, the musical action has moved online. That’s been the case since March, of course — but as the weather cools and outdoor presentations grow more difficult, artists and institutions are creating digital presentations with more care and intention.

There is a flood of offerings out there. Here are 10 highlights from what’s coming in November. (Times listed are Eastern.)

Mere hours before Election Day comes a reflection on the slow, halting pace of political progress: Philip Glass’s “Satyagraha,” captured on video in 2011 and one of the Met’s finest shows this century. Mr. Glass’s arpeggiating, unhurried score, with a sung Sanskrit text drawn from the Bhagavad Gita, evokes Gandhi’s early activism in South Africa and his development of a philosophy of nonviolent resistance. Phelim McDermott’s staging combines homespun visual wit and wonder, playing especially on imagery of the newspaper Indian Opinion, with sequences of soaring poignancy and one of the great final scenes in all opera. ZACHARY WOOLFE 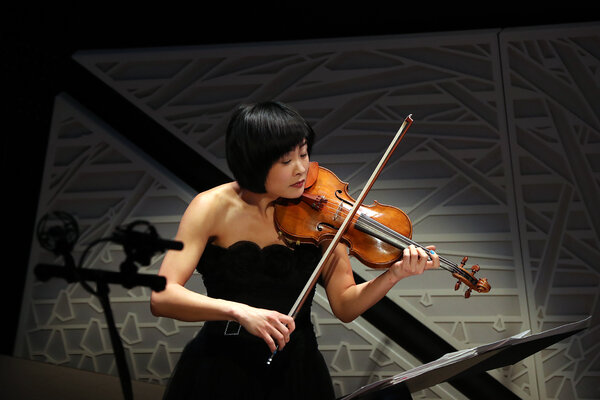 During a concert of his works last year at the Miller Theater in New York, the composer and multi-instrumentalist Tyshawn Sorey, who has little patience with distinctions between genres and styles, described his artistic goal as working toward a model of “music that perpetuates itself.” A new Sorey piece for violin and orchestra, “For Marcos Balter,” receives its premiere during a 45-minute livestream from the Detroit Symphony Orchestra, featuring the brilliant violinist Jennifer Koh and the conductor Xian Zhang. Florence Price’s “Five Folksongs in Counterpoint,” arrangements of spirituals for string quartet, opens the program. ANTHONY TOMMASINI

The resident pianist of the Bang on a Can All-Stars ensemble, Ms. Chow has performed works by some of the most venerable living composers, including Steve Reich and Meredith Monk. But her 2016 solo album “A O R T A” demonstrated that she also has good taste in up-and-coming artists. That track record is a reason to tune into Ms. Chow’s premiere of Cassie Wieland’s “HYMN.” A commission from the Brooklyn venue Roulette, this piano-plus-electronics piece is part of a livestreamed program of compositions by Ms. Wieland. SETH COLTER WALLS

The composer Frederic Rzewski has long been inspired by protest music. That tradition continues with Thomas Kotcheff’s recording of his new series of piano pieces, “Songs of Insurrection,” on the Coviello Contemporary imprint. To celebrate the release, Mr. Kotcheff will play select movements from the work on this livestreamed concert, alongside a piece by Jordan Nelson. A keyboardist of no small renown himself, Mr. Rzewski has hailed Mr. Kotcheff’s recording as “magnificent” — singling out his handling of the improvisatory options embedded in the composition. SETH COLTER WALLS

Orchestral music wasn’t written to be presented the way it has been in online streams (of varying quality) during the pandemic. But the industry is beginning to adapt, with new works written for the internet. That’s how Esa-Pekka Salonen is starting his tenure as the San Francisco Symphony’s new music director: with the premiere of Nico Muhly’s “Throughline,” which was composed so specifically for a virtual medium that it wouldn’t work in live performance. The program also includes pieces, more traditionally recorded, by Ellen Reid, Kev Choice, John Adams and — lest you forget his 250th birthday — Beethoven. JOSHUA BARONE

The pandemic has caused the quadrennial Cliburn International Piano Competition to be moved from next June to 2022. But its organizers are providing some intriguing online content, including previously broadcast competition programs and Cliburn Masterpiece, a series exploring one work at a time. While these hew toward the standards, Nov. 15 brings a discussion and performance of Carl Vine’s 1990 Sonata No. 1, a thorny, finger-busting, thoroughly satisfying piece; Mr. Vine and the pianist Steven Lin, a Cliburn award winner in 2013, are in the house. ZACHARY WOOLFE

Declare November the month of Tyshawn Sorey. Not even two weeks after hearing the premiere, from Detroit, of his violin concerto “For Marcos Balter,” travel — virtually, of course — to Seattle for another new work of his: “For Roscoe Mitchell,” for cello and orchestra. The soloist is Seth Parker Woods, and David Robertson conducts this enterprising ensemble in a livestreamed program that also includes Brett Dean’s “Testament” and Beethoven’s Fourth Symphony. ZACHARY WOOLFE

The conductor Louis Langrée has a strong track record in the music of Schubert, whose “Unfinished” Symphony anchors this program. But this conductor and his orchestra will also branch out, performing a piece by Julia Perry (“Homunculus C.F.”) as well as the Pulitzer Prize winner Anthony Davis’s “You Have the Right to Remain Silent.” This work, with its sardonic invocation of the Miranda warning, has been memorably recorded by the Boston Modern Orchestra Project. Cincinnati’s performance boasts the acclaimed clarinetist Anthony McGill, of the New York Philharmonic, as one of the featured soloists. SETH COLTER WALLS

Few artists, if any, have played more livestreams this year than the pianist Igor Levit. In the early days of the pandemic he started broadcasting short programs from his apartment in Berlin. In the end there were more than 50 — recorded, unfortunately, with the blurry video and tinny sound of a smartphone. He occasionally dipped into studios for more official events, and their equipment better reflected his gifts for color and long phrasing. Thankfully he’ll be in a similar environment for this recital at Wigmore Hall with the cellist Julia Hagen, featuring sonatas by Debussy and Beethoven, as well as Busoni’s sprawling, Bach-inspired solo “Fantasia Contrappuntistica.” JOSHUA BARONE