Home » Entertainment » 11 Reality Shows to Watch With Your Older Kids

11 Reality Shows to Watch With Your Older Kids

The reality TV genre often gets dismissed as irredeemably trashy and filled with fame-starved men and women who’ll stab each other in the back to get more time on camera. But that’s not always the case. Many reality series are more like a cross between a documentary and a game show, featuring a diverse assortment of ordinary people who demonstrate their wits, skills and simple human decency as they compete to win a lot money. And some, like the recent Netflix hit “Floor Is Lava,” are just good, goofy fun, ideal for all ages.

The 11 shows below are exciting, funny, moving and educational — and exactly the kind of television that parents should be watching with their kids. (To help you decide if these shows are right for your own families, we’ve included a suggested minimum age for each.)

In this extreme survivalist endurance test, capable contestants are scattered and isolated across the wilderness, given access only to basic outdoor gear and camera equipment. The object of the game is for them to find ways to stay warm, fed and occupied, while avoiding the kind of life-threatening injury or existential ennui that might make them push the emergency “tap out” button. Winning and losing on “Alone” is less important than what the experience reveals about each participant’s character. This show is one of the quietest and least sensationalistic of its ilk. (Recommended age: 12+)

Stream it on Hulu or Netflix. 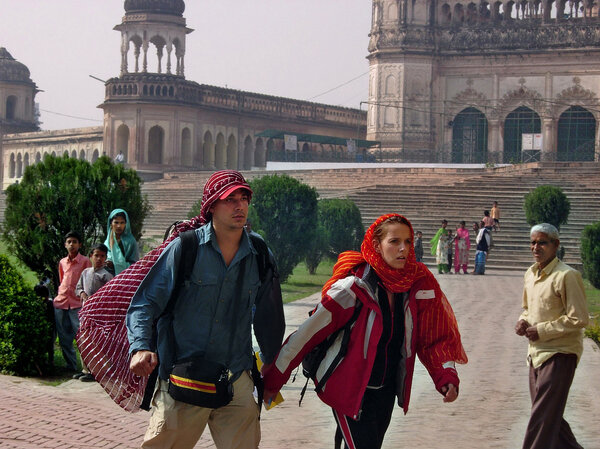 The creators of this perennially Emmy Award-winning “race around the world” overemphasized interpersonal conflict in the early years, often focusing more on teams yelling at each other in airports than on the astonishing challenges they overcome at each stop along their globe-hopping course. But by Season 5, “The Amazing Race” developed into one of TV’s most ambitious, clever and broadly appealing reality series. With its culturally diverse contestants and exotic locales, this show offers both visually exciting gameplay and an opportunity for viewers to see — and to talk about — how different people live. (Recommended age: 10+)

As the title implies, cruelty is a prerequisite for “Cutthroat Kitchen.” The talented chefs who compete on the show can sacrifice some of their potential prize money in order to buy “sabotages,” forcing their rivals to cook with faulty equipment or weird ingredients. But don’t let this gimmick be a turnoff; the meanness is all in good fun. In addition to providing some fine visual comedy, the contestants’ bizarre handicaps push them to improvise — and, in turn, teaches good lessons about problem-solving in the kitchen. (Recommended age: 8+)

‘Forged in Fire: Knife or Death’

A spinoff of the cutlery-crafting competition “Forged in Fire,” “Knife or Death” skips the “making a blade” part of its parent show and cuts straight to the obstacle course, where these tools get a real-world test. Contestants cut through a variety of objects — ropes, ice, wood, plastic, meat — as quickly and cleanly as possible, with customized weapons that range from knives to axes to swords. The competitors’ colorful personalities and the surprising difficulty of the tasks make this series especially fun to watch with a group. Every time an expert chopper slices cleanly through a large, hanging fish, it’s hard not to cheer. (Recommended age: 10+)

There’s a reason this internationally popular cook-off is considered the nicest show on television. In addition to making some eye-catching cakes, pies and breads, the amateur bakers are all friendly and supportive rather than ruthless. By casting people who represent a variety of ages, ethnicities and religious backgrounds, “The Great British Baking Show” producers are presenting an encouragingly utopian vision of Britain in the 21st century, depicting an eclectic and inviting nation where people appreciate each other for both their differences and for what they have in common. (Recommended age: 8+)

Stream it on Netflix; buy it on Amazon Prime, Google Play, iTunes, Vudu or YouTube.

Part cooking competition, part cross-country chase and part small business seminar, “The Great Food Truck Race” has teams of aspiring restaurateurs driving from location to location across the United States, trying to earn money from real customers while impressing the judges with their wares. The contestants don’t just have to make delicious and original dishes; they have to manage the cost of their ingredients and attract a crowd. There’s an element of practicality to this show that sets it apart. (Recommended age: 8+)

Maybe the funniest reality series, “Nailed It!” functions like a parody of “The Great British Baking Show,” replacing skilled home cooks with more ordinary, bumbling bakers. Tasked to replicate impossibly intricate and beautifully decorated confections — under ridiculously tight deadlines, with weird impediments to overcome — these lovable schmoes do their best to produce something that looks and tastes at least passable. Host Nicole Byer brings just the right note of cheery whimsy to a series that allows the audience to laugh at the contestants’ foibles while also encouraging us to admire their pluck. (Recommended age: 10+)

Stream it on Netflix.

The magicians Penn Jillette and Teller built an audience in the ’80s with an act that combined shock-comedy with a punk attitude, rooted in the duo’s eagerness to expose the secrets of some tired old tricks. On “Fool Us,” Penn & Teller aren’t playing the role of magic’s bad boys any more. They’re now the wizened veterans, praising the showmanship and creativity of younger colleagues who perform baffling illusions. Though there’s a competitive element to “Fool Us,” this is mostly a high-end magic show, featuring some of the best performers in the world, honoring the traditions of their craft while pushing the art-form forward. (Recommended age: 12+)

Stream it on The CW.

Most Little League versions of reality competitions are way too simplified and cutesy; but “Project Runway: Junior” contains nearly everything that made the original a hit, from the fiendish design challenges to the shrewd judging. The big difference is that these teenage designers treat their time together more like a fun and congenial summer camp than like a must-win struggle to become fashion’s next big thing. This is a “Project Runway” with a refreshing feel-good vibe, populated by some arty high school outsiders who boost each other’s self-esteem as they make amazing clothes. (Recommended age: 10+)

Though it only ran for one season in 2014, “The Quest” developed such a cult following that a revival has been recently announced for the Disney+ streaming service, whenever the world calms enough to allow it to go into production. A sort of “Survivor” for LARPers, “The Quest” has contestants solving puzzles and performing feats of strength and agility while simultaneously acting out a larger story about the problems facing the ancient mystical kingdom of “Everealm.” In the lone season so far, the adorably nerdy players appear have a blast living through their own personal “Game of Thrones.” Their earnestness and joy is infectious. (Recommended age: 8+)

Stream it on ABC.

It’s only right to end with the granddaddy of American reality TV competitions, which has been on the air for 40 seasons stretched across 20 years. It’s as fascinating in 2020 as it was in 2000 to watch a group of strangers test their physical limits on a remote beach while also forging alliances and secretly strategizing. As with so many other shows on this list, “Survivor” is packed with teachable moments, offering lessons about game theory, trust and the foundations of society itself. (Recommended age: 12+)

Stream it on Amazon Prime and Hulu; buy it on Google Play, iTunes, Vudu or YouTube.